How to Spend 3 Days in Cairo 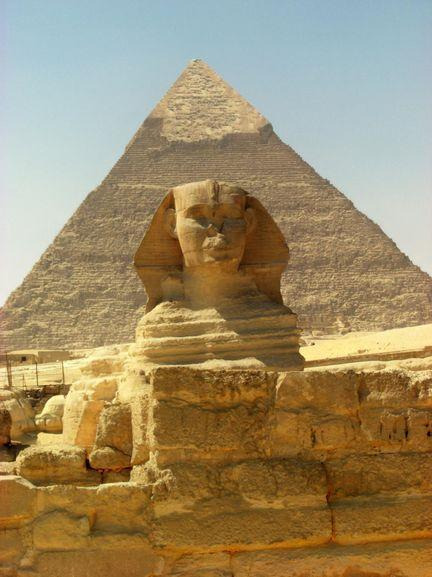 With three days in Cairo, you can cover a lot of ground, including the city's famous Egyptian Museum, the Giza Pyramids, and the ancient Ptolemaic city of Alexandria. Here's how to do it all in three days.

Spend your first day in Cairo familiarizing yourself with the highlights of the city. Start with a tour of the Egyptian Museum, home to thousands of ancient artifacts, many of which were pulled from the tombs of old pharaohs. Book a guided tour and get whisked to the highlights you want to see, including the gold mask of King Tut himself. The museum also has a number of mummies and a gargantuan statue of King Khafre. In the afternoon, head to Coptic Cairo, aka Old Cairo. Tour its ancient churches, including the famous Hanging Church and the Coptic Museum with a guide who adds context to the neighborhood, which also includes mosques and a synagogue. Finally, join a tour of Khan el-Khalili, the most famous souk (bazaar) in the city, where you can pick up everything from food to locally made perfumes to papyrus paintings.

Day 2: Pyramids and Other Ancient Sites

Put your newfound knowledge of Egyptian history to use at the country's most famous attraction: the Giza Pyramids. Join a tour to enjoy round-trip transport to the UNESCO World Heritage Site that's home not only to the pyramids of Khufu, Khafre, and Menkaure, but also to the iconic Sphinx. Many visitors also opt to preebook a camel, horse, or quad ride in the desert sands for ease. Consider a tour that includes visits to Saqqara and Memphis, as well, for more ancient exploration. Saqqara is best known for the Pyramid of Djoser, a step pyramid dating back to the Third Dynasty. Memphis was the ancient capital of Egypt and home to all sorts of ruins, notably ancient temples. Get dropped at your hotel afterwards to freshen up before supper: A dinner cruise on the Nile is an enchanting way to end your day.

Spend your final day on a day trip to Alexandria, the second-largest city in Egypt. Named for its founder, Alexander the Great, this coastal city is home to numerous important points of interest, many dating back to its heyday as the hub of Hellenistic culture. Typical tours include a visit to the Catacombs of Kom el Shoqafa, the largest roman burial site in Egypt that features an interesting blend of Greco-Roman and ancient Egyptian decorative features. Other notable sights include the Roman Amphitheatre, the only one in Egypt, and the seaside Citadel. Full-day tours also often include a stop at the Modern Alexandria Library, an ode to the ancient Great Library of Alexandria, which thrived under the Ptolemaic Kingdom but later disappeared.

112
Discover the legendary city of Alexandria on a private tour from Cairo, and discover the traces of ancient Egyptians and Roman armies. Descend into the catacombs of Kom el Shoqafa to see fascinating artworks that blend two cultures, visit Pompey’s Pillar, then take in views from the 15th-century fortifications at the Citadel of Qaitbay. Explore the city’s new library—a tribute to the library that burned in antiquity—then enjoy lunch before returning to Cairo.
...  More
From
$95.00
From
$95.00
Learn More

67
Watch the Cairo skyline light up after dark on a 2-hour dinner cruise of the Nile with two remarkable dance performances. Enjoy the convenience of a private hotel transfer as you travel to the port, then enjoy a sumptuous Egyptian meal on deck. Watch belly dancers and Tannoura performers bring their traditions to life with a mesmerizing blend of twirling skirts and sensuous movements. Listen to live music from an Egyptian band and take in stunning views of the city at night while palm trees and glittering skyscrapers drift past.
...  More
From
$58.00
Price varies by group size
From
$58.00
Price varies by group size
Learn More

Day-Trip to Alexandria from Cairo by Car, Including Lunch

139
Located on Egypt's Mediterranean coast, Alexandria was once an ancient center of culture and learning. Today it is a bustling port city, but relics of its history still remain. Led by your own Egyptologist guide, visit landmarks such as the Roman Theater, Catacomb of Kom El-Shoqafa, Alexandria Library, and Fort Qaitbey.
...  More
From
$171.43
From
$171.43
Learn More

20
Explore Alexandria on a day-trip from Cairo. See the Library for Alexandria and be amazed by its collection of 8-million books (library entrance fee not included). Have your camera ready for views of the 15th-century Citadel of Qaitbay on the Northern Tip of the Pharos Islands. See the Lighthouse of Alexandria, one of the Wonders of the Ancient World, and The Catacombs of Kom El Shoqafa, an incredible archeological wonder from the Middle Ages, and Pompey’s Pillar. Relax and enjoy the full-day tour as your guide takes care of the logistics.
...  More
From
$113.46
$122.00
$8.54 savings
Price varies by group size
From
$113.46
$122.00
$8.54 savings
Price varies by group size
Learn More

1
Tick off some of Egypt’s most celebrated attractions on this full-day private tour, led by a certified Egyptologist. Marvel at the sky-high Giza Pyramids plus an ancient burial ground, get a peek at the lion-bodied Sphinx, and tour the one-time capital of Egypt’s mighty kingdom. The all-inclusive day trip also makes a tasty stop for lunch.
...  More
From
$26.00
Price varies by group size
From
$26.00
Price varies by group size
Learn More

46
Visit the famed pyramids of Giza in a new and exciting way on this guided, 4-hour tour. Hop on a quad bike and explore the desert, visiting these popular landmark locations. See the Great Pyramid of Giza, the oldest and largest of the three pyramids in the Giza pyramid complex and one of the seven wonders of the ancient world. A 90-minute quad-bike rental plus a Cairo hotel pickup and drop-off are included.
...  More
From
$70.00
Price varies by group size
From
$70.00
Price varies by group size
Learn More

10
Step back into the pages of history on this 10-hour trip to ancient Alexandria, touring the Bibliotheca Alexandrina library and the city’s catacombs and fortifications with the aid of a private guide. Join an Egyptologist for an exploration of this millennia-old center of civilization on the Mediterranean. Visit the modern incarnation of the city’s famous ‘Library of Alexandria,’ and check out the Catacombs of Kom El-Shoqafa before discovering the Citadel of Qaitbay, a key defensive fortification. Your trip also includes lunch, private vehicle, entrance fees and round-trip hotel transport.
...  More
From
$85.72
From
$85.72
Learn More

3
The Mediterranean port city of Alexandria is Egypt’s second-largest city and visiting on a private tour means you can explore at your own pace. On this full-day tour from Cairo, tour the ancient Catacombs of Kom El Shoqafa, visit Pompey's Pillar and the Citadel of Quitbay, and admire the striking Alexandria Library.
...  More
From
$99.90
$111.00
$11.10 savings
Price varies by group size
From
$99.90
$111.00
$11.10 savings
Price varies by group size
Learn More

21
Navigating Old Cairo without a guide can be hectic. Soak up the atmosphere without the hassle on this door-to-door private tour that focuses on Cairo’s Christian heritage. Visit the 7th-century Hanging Church then tour the crypt where some believe Mary, Joseph, and Jesus rested below the Church of St. Sergius and Bacchus. Finally, explore the Ben Ezra Synagogue before enjoying a local restaurant lunch.
...  More
From
$60.00
Price varies by group size
From
$60.00
Price varies by group size
Learn More

2
Explore the ruins and relics of Egypt’s oldest capital on a 4-hour tour of Saqqara and Memphis with an Egyptologist guide. Learn how Djoser’s pyramid revolutionized ancient architecture then hear stories about ancient Egypt’s most colorful figures as you walk the necropolis. Stand on the site where the pharaohs were crowned at the temple of Phata and visit the towering statue of Ramses II. Trace the story of Egypt’s kingdoms in Memphis’ exquisite reliefs and enjoy the rich, historic atmosphere of this UNESCO site before returning to your Cairo hotel.
...  More
From
$38.00
From
$38.00
Learn More

An excellent value for the money, this tour begins with pickup from your hotel. Travel to the Giza Pyramids, where you will have the chance to enter one pyramid or take a camel ride at an additional cost. Visit Memphis, the ancient capital of Egypt, and the pyramids of Dahshur. You will also visit the Papyrus Institute in Cairo to learn how paper is made and processed from the papyrus plant, and have the opportunity to purchase products made from papyrus.
...  More
From
$36.00
Price varies by group size
From
$36.00
Price varies by group size
Learn More