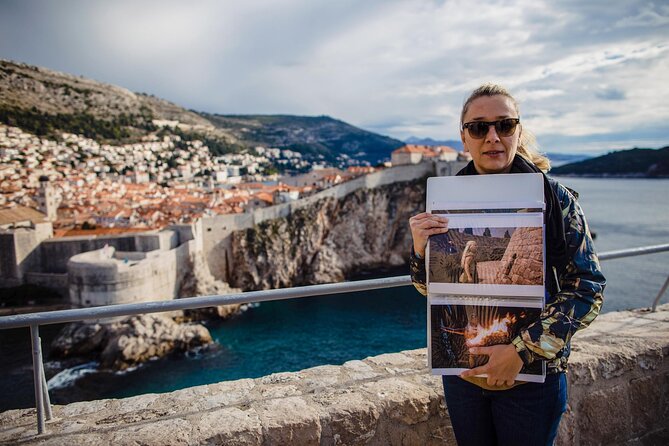 Croatia's medieval architecture and dramatic Mediterranean coastlines have attracted the producers of the hitGame of Thrones TV series, putting historic Dubrovnik and Split into central roles as filming locations. Here are a few of the highlights.

Thanks to a history that dates back to the eras of ancient Greece and Rome, Split is a city rich in historic buildings and architecture. These features ledGame of Thrones to use Croatia's second-largest city as the filming site for the fictional city of Meereen. Follow in the footsteps of Daenerys Targaryen as you visit Split highlights such as the Fortress of Klis (used in exterior shots of Meereen) and Diocletian's Palace, where the Unsullied helped lead a revolt against the city's one-time rulers.

Dubrovnik's UNESCO World Heritage-listed Old Town plays a starring role in theGame of Thrones series thanks to its depiction of the famous King's Landing. The red roofs of this ancient area are recognizable as the backdrop for much of the show's activity in this center of royal power. Other Dubrovnik highlights include Lovrijenac Fortress, an 11th-century castle featured prominently in the Battle of the Blackwater during season two, and nearby Lokrum Island, used to portray the fictional city of Qarth.

Want to explore all of the Thrones' seven kingdoms? Other spectacular filming locations can be found in Iceland, Northern Ireland, Spain, and Malta.

5 Tours and Activities | All Croatia Tours

689
Discover ‘Game of Thrones’ film sites of Dubrovnik on this walking tour that takes in the real-life attractions used for some of the show’s locations. As you explore the city’s World Heritage-listed Old Town with your guide, enjoy views of the red-roofed skyline you know as King’s Landing. Follow in Joffrey’s footsteps at Lovrijenac Fortress, stand where Ayra Stark stood, and hear behind-the-scenes stories about filming in the city. When booking, you can choose to upgrade to include a tour to Trsteno Arboretum, which was used as the palace gardens. This Viator Exclusive is available nowhere else.
…More
From
$30.32
$40.42
$10.10 savings
From
$30.32
$40.42
$10.10 savings
Hand sanitizer available to travelers and staff
Social distancing enforced throughout experience
Regularly sanitized high-traffic areas
Learn More
Taking safety measures

128
Sail into the incredible, fantastical world of Game of Thrones with this action-packed 2-hour cruise and walking tour, taking you throughout 'King's Landing' and all the spots where the legendary HBO TV show has been filmed. Board the same ship that Daenerys Targaryen sailed and then walk with your guide through Dubrovnik's Old Town to discover where other famous scenes were set.
…More
From
$64.92
From
$64.92
Hand sanitizer available to travelers and staff
Social distancing enforced throughout experience
Regularly sanitized high-traffic areas
Learn More
Taking safety measures

36
Immerse yourself in King’s Landing, also known as the set in Dubrovnik for the hit HBO show 'Game of Thrones' on this Viator Exclusive guided tour. Stand in the center of many of the filming locations in the fictional capital of the Seven Kingdoms. With a local guide, hear gossip about the shooting of the series, see important sites such as the staircase where the infamous ‘walk of shame’ was filmed. This is one shore excursion that any fan of the series should not miss. If you have more time free, upgrade to include a visit to Trsteno Arboretum, the park that features as the King’s Landing palace gardens.
…More
From
$56.63
$75.52
$18.89 savings
From
$56.63
$75.52
$18.89 savings
Hand sanitizer available to travelers and staff
Social distancing enforced throughout experience
Regularly sanitized high-traffic areas
Learn More
Taking safety measures

134
Get an insider’s view of the HBO show 'Game of Thrones' by booking this entertaining guided walking tour in Split—it’s a Viator Exclusive that you won’t find anywhere else. Get a behind-the-scenes look with your local guide, learning about the spots in the fictional city of Meereen and the fortress of Klis. End up at Diocletian’s Palace, located smack in the center of Split. Learn fun facts about the show as well as some juicy medieval gossip.
…More
From
$50.79
$84.65
$33.86 savings
From
$50.79
$84.65
$33.86 savings
Hand sanitizer available to travelers and staff
Social distancing enforced throughout experience
Regularly sanitized high-traffic areas
Learn More
Taking safety measures

Exclusive Combo: 'Game of Thrones' in Dubrovnik and Split

45
Go all ‘Game of Thrones’ while in Split by booking this cool combo tour. This Viator Exclusive allows you to walk in the footsteps of your favorite GoT character. Travel to the fictional city of Meereen and stop by the mountainside fortress of Klis. Then go to the real UNESCO World Heritage-listed Diocletian’s Palace. On the second day, go to Dubrovnik and get all the gossip about the series and the filming of the show. Please note: Depending on the availability of the tour, you can decide on the day and the order in which you wish to do the tour.
…More
From
$144.98
From
$144.98
Hand sanitizer available to travelers and staff
Social distancing enforced throughout experience
Regularly sanitized high-traffic areas
Learn More
Taking safety measures