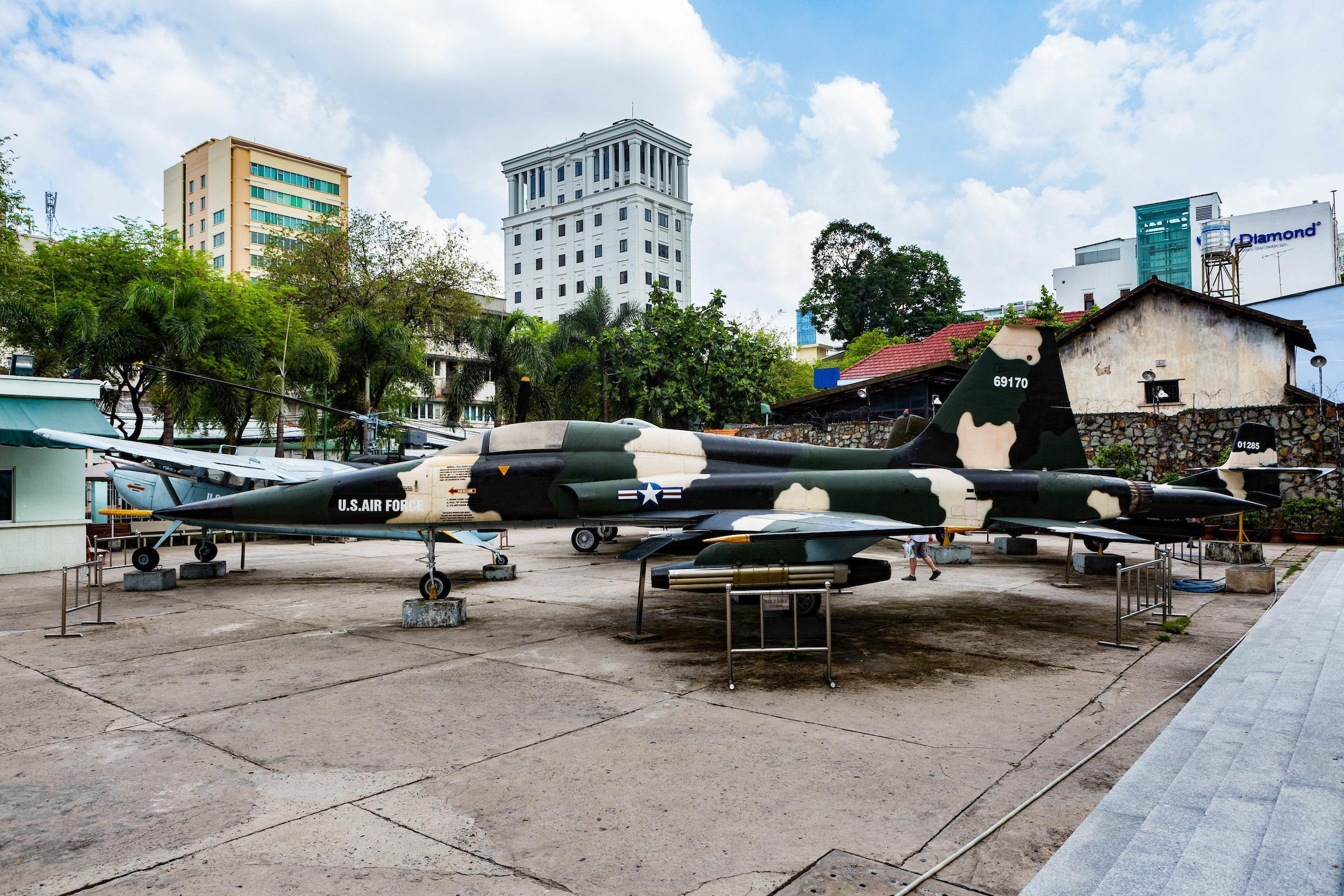 The Vietnam War—or the American War as it was known in Vietnam—remains one of the most significant events in Vietnamese history, and the region surrounding Ho Chi Minh City sat at the heart of the conflict. Learn more about the city’s war history on a guided tour with these options.

Uncover the history of Ho Chi Minh City, or Saigon, on a city tour accompanied by a knowledgeable guide. See the Reunification Palace, the site of the liberation of Saigon in 1975, which brought an end to the bloody conflict; visit Notre Dame Cathedral and learn how it was used by spies during the war; and browse the moving exhibitions on display at the War Remnants Museum. For a more personalized experience, opt for a private or small-group tour.

One of the most popular destinations for Vietnam War tours is the Cu Chi Tunnels—a 120-mile (193-kilometer) network of underground passages used by the Viet Cong soldiers. Visitors can venture underground to explore the vast tunnels, which served as living quarters, air raid shelters, ammunition stores, and military supply routes; see the camouflaged trap doors and booby traps; and learn more about the effect of the war on both the soldiers and the Vietnamese people from a guide’s knowledgeable perspective.

238
Immerse yourself in the vibrant atmosphere of Ho Chi Minh City on an adventurous tour. Gain fascinating insight into the city’s rich cultural and historical heritage as you explore significant sites with a knowledgeable guide; haggle for souvenirs at Ben Thanh Market, and feast your senses on a local lunch of traditional Vietnamese cuisine. Visit the Reunification Palace and War Remnants Museum to learn of the country’s turbulent history and conclude the day with a serene stroll down tree-lined boulevards.
…More
From
$52.00
From
$52.00
Social distancing enforced throughout experience
Guides required to regularly wash hands
Paid stay-at-home policy for staff with symptoms
Learn More
Taking safety measures

613
Discover the secret world of the Cu Chi freedom fighters on an explorative half-day tour from Ho Chi Minh City. Accompanied by a guide, descend into the subterranean network of tunnels and gain insight into the remarkable history of the 124-mile (200-kilometer) labyrinth. Hear how the tunnels functioned as busy underground cities, and learn the pivotal part the structure played in the Vietnam War. Enjoy the convenience and personalized attention from your guide on this small-group tour.
…More
From
$39.00
From
$39.00
Social distancing enforced throughout experience
Guides required to regularly wash hands
Paid stay-at-home policy for staff with symptoms
Learn More
Taking safety measures

103
Discover the vibrant atmosphere and bustling streets of Ho Chi Minh City on this 3 to 3.5-hour excursion. Visit local haunts with a guide and pass landmarks like Notre Dame Cathedral and the picturesque post office. Explore the rich cultural tapestry of the city on foot and on a bicycle, passing Reunification Palace, the city's flower market, and more, while enjoying personalized attention from your guide on this small-group tour.
…More
From
$36.00
From
$36.00
Social distancing enforced throughout experience
Guides required to regularly wash hands
Paid stay-at-home policy for staff with symptoms
Learn More
Taking safety measures

5
Enjoy a full-day tour with a private guide who shows you iconic sites in Ho Chi Minh City (formerly Saigon) in the morning, then takes you outside the city to Cu Chi Tunnels in the afternoon. Admire French colonial architecture at Saigon Central Post Office and Saigon Notre-Dame Basilica, then head into Chinatown (Cholon) to see Thien Hau Temple and the Central Market. After lunch, drive out to Cu Chi Tunnels to explore the elaborate tunnel complex. Includes lunch and round-trip transport by private vehicle.
…More
From
$114.99
Price varies by group size
From
$114.99
Price varies by group size

11
Admire Ho Chi Minh City from different perspectives with a full-day itinerary including a speedboat ride and a bike tour. Start with a 1.5-hour cruise along the scenic Saigon River, then embark on a leisurely 2.5-hour bike excursion along jungle trails and waterfront paths. Hop off to explore the fascinating Cu Chi Tunnels and pose for photos inside the war bunkers and hideouts. Finish your adventure with a typical Vietnamese lunch (included), before returning by minivan. This small-group tour is limited to eight people, ensuring a personalized experience.
…More
From
$161.00
From
$161.00