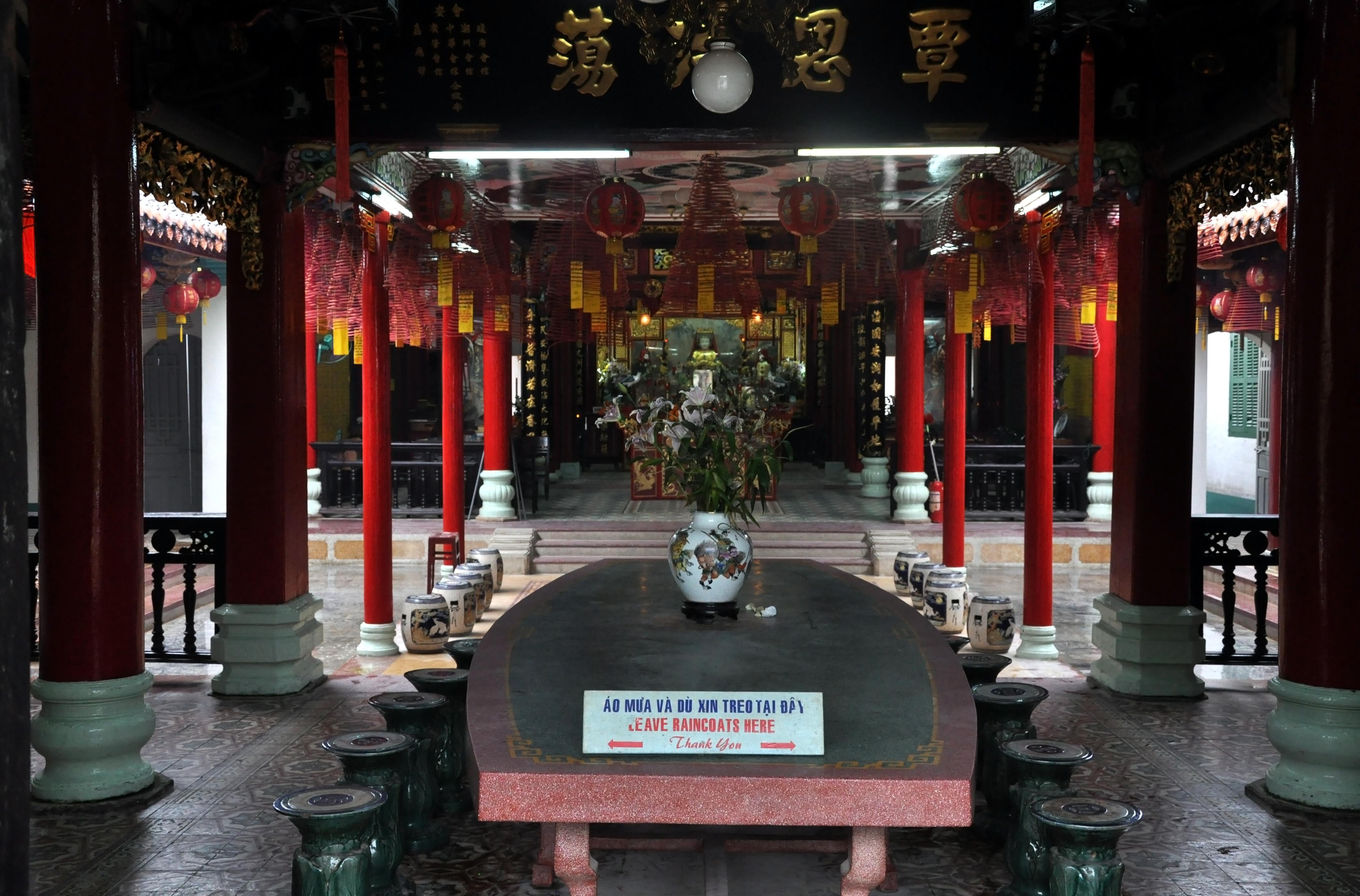 Hoi An is home to five assembly halls. These intricate structures, which were built as regional gathering spaces for merchants to do business, are protected by ornate entrance gates. They house central courtyards and protect temple shrines. While assembly halls share similar features, each has unique distinctions making it worth the visit.

Quang Dong Assembly Hall One of the city’s most historic buildings, this Cantonese gathering space was built in pieces and assembled in Hoi An. It is known for its brilliant red entryway and collection of unique Cantonese statues.

Trieu Chau Assembly Hall Built in 1845, this assembly hall in the heart of Hoi An once served as a congregation hall. Today it stands as a remarkable example of Vietnamese architecture where locals can worship General Phuc Ba, who is capable of maintaining peace in the seas.

Kien Fujian Assembly Hall Perhaps the most impressive, this hall was built in 1690 for use by the Chinese. Courtyard fountains and delicately carved dragons make this one of the city’s most beautiful and photogenic assembly halls. An altar dedicated to the goddess of fertility is often visited by childless couples.

Hainan Assembly Hall This hall was built as an homage to 108 Chinese merchants who were wrongfully killed after they were mistaken for pirates. It is said that King Tu Duc gave money to build this space so they could be worshiped by the people of Hoi An forever.

Trung Hoa Assembly Hall Built to worship Thien Hau Holy Mother, this assembly house also commemorates leaders of the Chinese Revolution and soldiers killed in the anti-Japanese resistance war. Today, it functions as a school for Chinese nationals studying in Hoi An.

More Tours in Hoi An

Recommended for Hoi An