Welcome to Viator!
By creating an account, you agree to our Terms & Conditions and Privacy Policy.
We're creating your account. This may take a few seconds...
Account creation successful! Thank you.
Something went wrong. Please try again on the sign up page.
Questions? (888) 651-9785(888) 651-9785
When are you traveling?
Select Dates
Recommendations
All Recommendations
Macau Day Trips from Hong Kong
Where to Eat Dim Sum in Hong Kong
Food Lover's Guide to Hong Kong
Victoria Harbour Cruises in Hong Kong
How to Spend 3 Days in Hong Kong
How to Spend 1 Day in Hong Kong
Mainland China Tours from Hong Kong
Price
$0
$500+
Duration
Time of Day
RatingClear
Specials

Where to Eat Dim Sum in Hong Kong 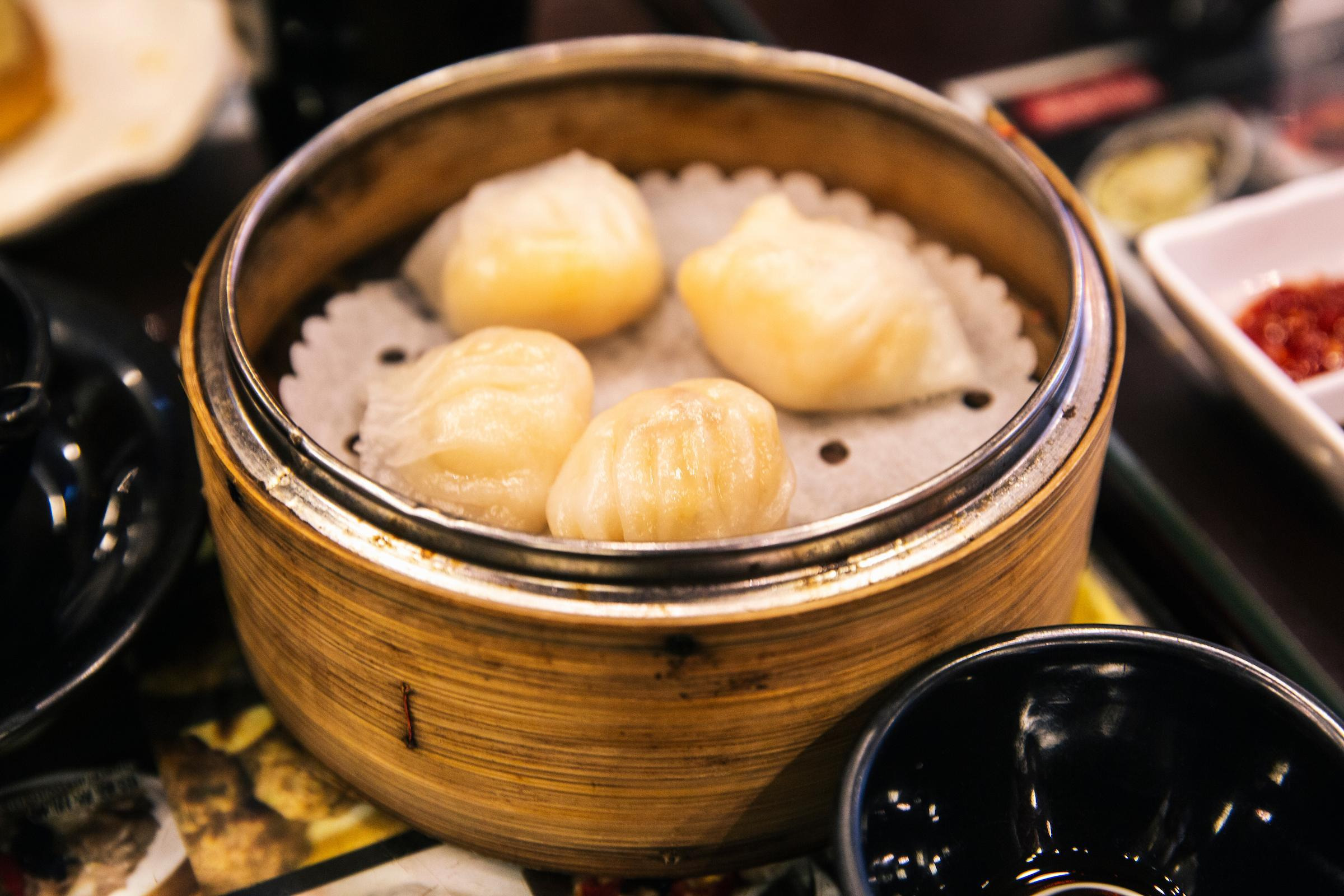 Food is an integral part of the culture in Hong Kong and Cantonese dim sum in the city is impossible to beat elsewhere in the world. With everything from local hole-in-the-wall joints to internally acclaimed Michelin-starred restaurants, you could literally eat your way through Hong Kong on dim sum alone.

Dim sum spots are scattered throughout Hong Kong and it’s nearly impossible to wind up with a terrible meal anywhere. However, to get you started, here are some of the best spots to eat dim sum in Hong Kong.

San Hing Craving dim sum after a long night out – San Hing opens at 3 a.m. and is the best place to get your after hours food fix. Expect customers to arrive earlier though as people scramble to secure seating, especially on weekends. San Hing hosts a mixture of drunks, celebrities, and late night party–goers who flock there for inexpensive, but quality dim sum. Its signature dish is liu shao bao, yellow custard egg buns.

Tim Ho Wan Recognized for a time as the cheapest Michelin-starred restaurant in the world, a visit to Tim Ho Wan is worth the lengthy lines that form on a daily basis. There are multiple locations now, but the original in Mongkok is the best. Get there early to avoid waiting for up to two hours and come with a big appetite. Everything on the menu is good, but save ample room for its signature dish -- Baked Bun with BBQ Pork.

DimDimSum Dim Sum With a number of awards under its belt and recommendations from local chefs in Hong Kong, DimDimSum Dim Sum offers an extensive dim sum menu. Everything is made to order and prices are quite reasonable. Like many other top spots in Hong Kong, don’t be surprised to find a wait. There are different locations, but the one in Wan Chai is typically the best.

Ming Court Located in the prestigious Langham Place Hotel in the Mongkok District, the two Michelin-starred Ming Court is a great spot for a contemporary take on traditional Cantonese style dim sum. It is highly recommended to make a reservation as Ming Court is often completely booked, especially on Sundays. Be sure to check out its premium tea menu, or if you prefer something a little stronger, Ming Court has an impressive wine cellar with over 430 bottles.

The Ritz-Carlton’s Tin Lung Heen If you are willing to spend a little more and want dim sum with a view, Tin Lung Heen at The Ritz-Carlton is hard to beat. Located on the 102nd floor, the views on a clear day are stunning. Everything on the dim sum menu is top-notch, but noted dishes include the baked abalone puffs, steamed rice roll with Iberian pork, and the BBQ pork buns. If you visit on the weekend, be sure to try some of Tin Lung Heen’s desserts, especially the chilled milk jelly with black truffle.

Lung King Heen at the Four Seasons Dying to try a Michelin three-starred restaurant in Hong Kong? Try Lung King Heen at the Four Seasons Hotel in Central. Here you have dim sum, fine-dining style. The menu features a number of classics and other dishes that are more creative and unavailable at your regular dim sum joint. Lung Keen Heen lacks the chaos of a more traditional Cantonese restaurant, but if you want gourmet dim sum, this is the place.

280
Wander through Hong Kong’s Central and Sheung Wan neighborhoods on this incredible four-hour tour that showcases the tastes and flavors of Asia. Go off the beaten path and sample food from six different culinary destinations as you follow your expert local guide through back alleys and open markets. You’ll taste traditional dim sum, noodles and sweet desserts, plus wind through colonial architecture and learn about the city’s colorful history. With a small group cap of 12 people you’re sure to have a personalized experience.
…More
From
$108.61
From
$108.61

21
Escape from Hong Kong and enjoy a relaxing tour of Cheung Chau Island on this incredible adventure that includes a savory dim sum lunch. See 3,000-year-old Bronze Age rock carvings and pay a visit to Pak Tai Temple and Cheung Po Tsai Cave. This all-day excursion is the perfect way to get away from the urban hustle and enjoy a bit of nature.
…More
From
$100.57
From
$100.57
Face masks required for travelers in public areas
Face masks required for guides in public areas
Hand sanitizer available to travelers and staff
Learn More
Taking safety measures