Visiting the Imperial Tombs of Hue 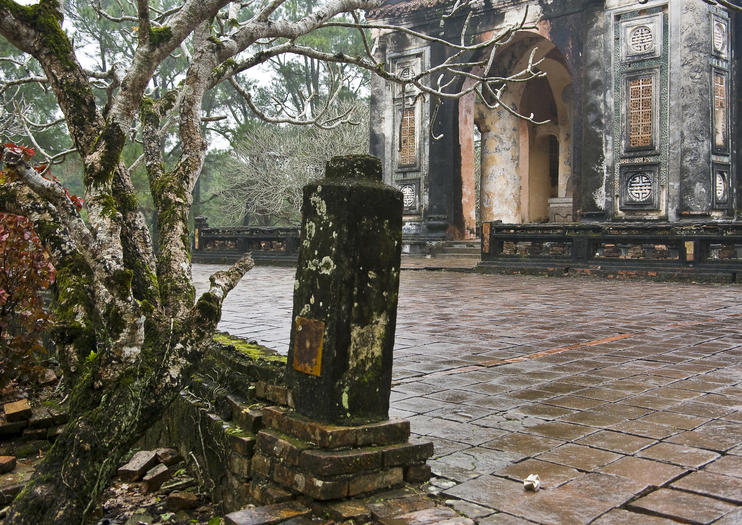 With a number of royal tombs set in and around the city, Hue knows how to honor its leaders. With that, the once-capital of Nguyen Lords is a place of historical, artistic, and political significance. Here are some of the Imperial Tombs to visit.

Tomb of Minh Mang
This tomb may be furthest from Hue (and the priciest to enter), but it's also the most impressive. Beautifully kept gardens, winding walkways and vast grounds make this a tomb worthy of an entire afternoon.

Tomb of Tu Duc
Nearly 50 structures make up this tomb that lies five miles (eight km) outside of Hue. The grounds are divided into two main areas—the tombs and the temples. Visitors can wander through and admire the ornate architecture, then rest where the emperor once sat to compose poems and admire his land.

Thai Hoa Palace
Stop by this palace, located in the heart of the Forbidden City, and experience the life of ancient royalty. Visit the site of the emperor’s coronation, see where foreign dignitaries were received and congregate where vital political meetings once took place.

The Noon Gate (Cua Ngo Mon)
This entrance into the Imperial City underwent significant damage during war, yet it remains a highlight of this historical attraction. Climb to the top level for unmatched views of the grounds, the city, and the Perfume River.
Read MoreShow Less
Hue Tours & Activities (1)
Filter
•

33
Immerse yourself in the rich cultural tapestry of Hue on a full-day sightseeing tour of the city and its scenic surroundings. Pleasure your palate with exotic ingredients at the Dong Ba Market; explore the UNESCO World Heritage-listed Hue Imperial City on a guided walking tour; and absorb the sacred atmosphere of a local nunnery as you enjoy a traditional Vietnamese lunch. Conclude your tour with a tranquil cruise down the Perfume River (Huong River) and enjoy personalized attention from your guide on this small-group tour, where numbers are limited to 12 people.
...  More
From
$69.00
From
$69.00
Learn More