Welcome to Viator!
By creating an account, you agree to our Terms & Conditions and Privacy Policy.
We're creating your account. This may take a few seconds...
Account creation successful! Thank you.
Something went wrong. Please try again on the sign up page.
Questions? (888) 651-9785(888) 651-9785
When are you traveling?
Select Dates
Recommendations
All Recommendations
Kyoto Temple Guide
Best Gardens in Kyoto
Nara Tours from Kyoto
Top 5 Foods
Sake Tasting in Kyoto
How to Experience Cherry Blossom Season in Kyoto
How to Spend 3 Days in Kyoto
Price
$0
$500+
Duration
Time of Day
RatingClear
Specials

How to Spend 3 Days in Kyoto 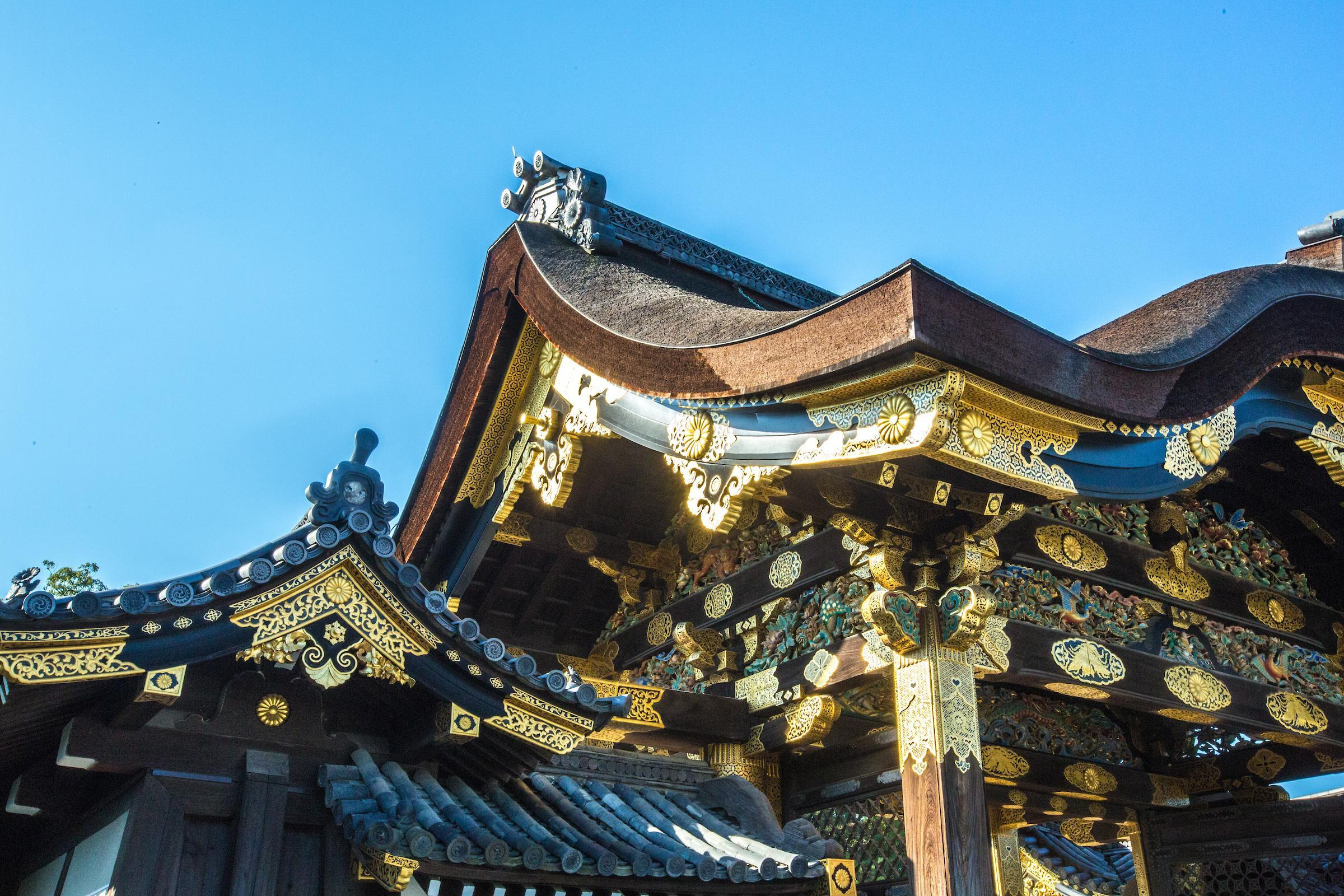 Soak up Kyoto’s traditional atmosphere, see its most famous attractions (including UNESCO-listed sites), delve into its cultural heritage, and head out of town to explore a neighboring city. Here’s how to make the most of three days in Japan’s former imperial capital.

A full-day coach tour whisks you around Kyoto to landmarks such as Kiyomizu Temple, Kyoto Imperial Palace, the Temple of the Golden Pavilion (Kinkaku-ji), and Fushimi Inari-taisha Shrine, with its vibrant torii gates. Prefer more independence? Private tours allow you to customize the itinerary. Or consider a hop-on hop-off bus tour to spend as long as you like at each place.

Later, get off the tourist track, and unwind with food and drinks on a guided nightlife tour of locals’ favorite bars and restaurants.

Day 2: Dive Into the Culture

Immerse yourself in Kyoto’s rich cultural heritage. For more insight into Japanese culture and tradition, opt for a private walking tour led by a scholar of a subject that interests you, such as Shintoism and Buddhism or Japanese gardens and landscapes. Other options include taking calligraphy or origami classes, participating in a tea ceremony, or learning taiko drumming. Foodie travelers can join a guided tour of sprawling Nishiki Market or a cooking class to learn how to make sushi and other Japanese dishes.

Round out your day with a visit to Gion, the entertainment district. Watch a performance by maiko (apprentice geisha) accompanied by traditional Japanese music, followed by a multicourse dinner. Or book a private meal with a geisha who entertains you with song and dance as you dine.

Day 3: Take a Side Excursion

A visit to the city of Nara is a popular day trip from Kyoto. With a guided tour, get to Nara and back within a day and still have time to see more of Kyoto. Tours typically visit Todaiji Temple, one of the oldest Buddhist temples in Japan and home to the country’s largest Buddha statue. You’ll also likely stop by Kasuga Grand Shrine, featuring thousands of stone and bronze lanterns, and Nara Park, home to free-roaming deer.

Spend your final evening strolling the atmospheric streets of Old Kyoto on a nighttime walking tour, exploring areas such as Pontocho, Kiyamachi, Kawaramachi Street, and Gion. Many tours include samples of regional food and drink.

8 Tours and Activities | All Kyoto Tours

130
If you’re visiting Japan for the first time, receive a cultural introduction to the country during a tea ceremony in traditional kimonos. During the ceremony, learn about Japanese history and sample matcha green tea, a local specialty. Plus, wearing a traditional kimono means you leave the experience with fantastic photographs to commemorate your time in Kyoto.
…More
From
$175.85
Price varies by group size
From
$175.85
Price varies by group size

186
Discover the historic environs of Nara, ancient capital of Japan, as you explore Buddhist temples, shrines and the famous Nara deer park on this excursion from Kyoto. Visit Todaji Temple, one of the oldest Buddhist temples in Japan and home to the country’s largest Buddha statue, before seeing Kasuga Shrine, which features over 3,000 stone and bronze lanterns. Then stop by Nara Park, a 1,250-acre reserve that’s home to more than 1,000 free-roaming deer. Your Nara excursion also includes pickup from select Kyoto hotels, a guide and all entrance fees.
…More
From
$75.22
From
$75.22
Face masks required for travelers in public areas
Face masks required for guides in public areas
Face masks provided for travelers
Learn More
Taking safety measures

Private Dinner with a Geisha

10
Immerse yourself in quintessential Japanese culture during a private tour and dining experience with a geisha. In Kyoto, considered the birthplace of geisha culture, you’ll explore the historic Gion area and dine on a multi-course meal at either a Japanese restaurant or tea house, accompanied by a ‘maiko’ (apprentice geisha) or ‘geiko’ (fully-trained geisha).
…More
From
$361.97
Price varies by group size
From
$361.97
Price varies by group size

546
Immerse yourself in the captivating culture of Kyoto on a full-day sightseeing tour. See the tranquil Kiyomizu Temple amid its verdant surroundings; absorb the Imperial majesty of Kyoto Imperial Palace; and stroll amid the botanical beauty of Kinkaku-ji Temple. Behold the beguiling beauty of the Fushimiinari Taisha Shrine and enrich your knowledge of Kyoto’s rich historical heritage with commentary from an informative guide. Moderate levels of fitness are advisable for this tour, on which a lot of walking occurs.
…More
From
$127.98
From
$127.98
Face masks required for travelers in public areas
Face masks required for guides in public areas
Face masks provided for travelers
Learn More
Taking safety measures

Nighttime All-Inclusive Local Eats and Streets, Gion and Beyond

6
Immerse yourself in Japanese culture and history using this private full-day vehicle charter from Kyoto. After selecting your preferred choice of transportation from a van, bus or limousine, your group will enjoy a private tour through the ancient city of Kyoto, complete with UNESCO-listed temples and numerous culture attractions. Explore the city at your own pace and customize the day to see only what you want to, all with the help of a guide/driver. Don’t miss this opportunity to see the best Kyoto has to offer.
…More
From
$731.26
per group
From
$731.26
per group
Face masks required for guides in public areas
Hand sanitizer available to travelers and staff
Regularly sanitized high-traffic areas
Learn More
Taking safety measures

48
Immerse yourself in the cultural and architectural splendor of Kyoto on this private tour, ideal for first-time visitors. Choose from two different routes, both of which cover major Kyoto attractions including Nijo Castle and Kiyomizu Temple, and explore the city with a personal guide. On the northwest-bound route, you’ll visit the Golden Pavilion, Nishiki Food Market, and the bamboo groves of Arashiyama Park. Alternatively, the southeast course covers the Fushimi Inari Shrine, Kiyomizu Temple, and the Gion area. Receive undivided attention from your guide on this private tour.
…More
From
$223.57
Price varies by group size
From
$223.57
Price varies by group size

32
Make the most of your time in Kyoto by booking a customized private tour with an expert guide. Create your own sightseeing itinerary, choosing from among dozens of cultural and historic landmarks, including 17 UNESCO World Heritage sites such as Nijo Castle or Kinkaku-ji Temple (Golden Pavilion), and Fushimi Inari Shrine. Choose either a half-day or full-day itinerary and travel via public transport accompanied by your guide. Transportation and lunch is included on this comprehensive and flexible Kyoto tour.
…More
From
$221.44
Price varies by group size
From
$221.44
Price varies by group size
Face masks required for travelers in public areas
Face masks required for guides in public areas
Hand sanitizer available to travelers and staff
Learn More
Taking safety measures