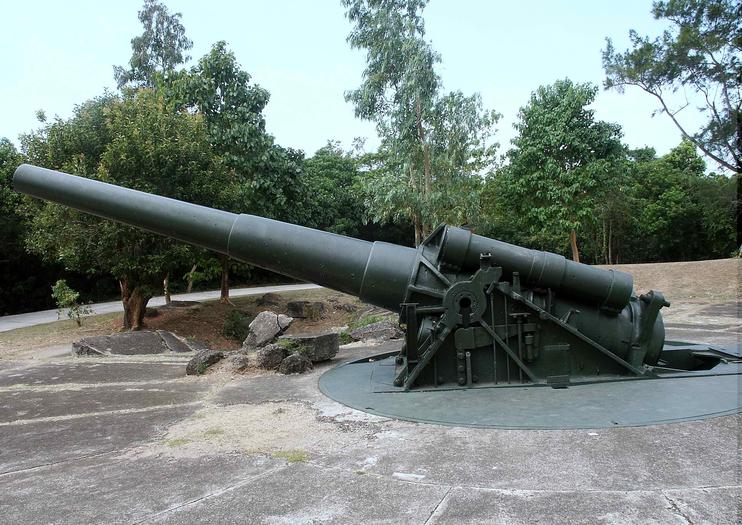 A rugged, forested island around 30 miles (48 kilometers) from Manila, Corregidor Island is perhaps the Philippines’ most important World War II site. General Douglas MacArthur’s headquarters until 1942, Corregidor was occupied by Japanese forces until January 1945, and most visits focus on WWII-era relics rather than natural attractions.
The Basics
Unless you’re staying overnight in the island’s only hotel, the Corregidor Inn, or camping, it’s not possible to explore Corregidor independently. Corregidor Island’s single ferry operator offers a welter of day-trip options, however, from walking tours, tram tours, night tours, and bike tours to yoga classes, painting workshops, specialized photography tours, and team-building. All include lunch.
Most Corregidor Island tours visit MacArthur’s headquarters, the Spanish Lighthouse, the Japanese Cemetery, the barracks, and a gun battery or two. It’s worth booking ahead, especially on weekends and public holidays.
Things to Know Before You Go
How to Get There
Corregidor Island ferries leave from the Esplanade Seaside Terminal, around 4 miles (7 kilometers) from downtown Makati. The ferry terminal is tricky to reach by public transport, so most opt either to take a taxi or to book a Corregidor tour that includes the convenience of door-to-door round-trip private transfers.
When to Get There
As with anywhere in the Philippines, Corregidor Island is at its busiest around Christmas and Easter. It’s popular with day-trippers on weekends, so visiting during the week is recommended. Be aware that typhoons can impact travel to Corregidor, as to any part of the Philippines, during typhoon season, which peaks in August.
Corregidor Island: A Brief History
Sometimes known simply as “The Rock,” Corregidor (Corrector) Island has long stood as the first bastion of defence of Manila. After the Japanese invaded the Philippines in the wake of Pearl Harbor, American and Filipino troops held out here for six months before surrendering. Many would die on the Bataan Death March. American forces, led by Douglas MacArthur, retook the island during the Second Battle of Corregidor, which ended in 1945.
Address: Philippines
Read MoreShow Less

Things to do near Manila