Welcome to Viator!
By creating an account, you agree to our Terms & Conditions and Privacy Policy.
We're creating your account. This may take a few seconds...
Account creation successful! Thank you.
Something went wrong. Please try again on the sign up page.
This site uses cookies to improve your experience, to enhance site security and to show you personalized advertising. Click here to learn more or control your settings. By clicking on or navigating the site, you agree to our use of cookies.
Questions? (888) 651-9785(888) 651-9785 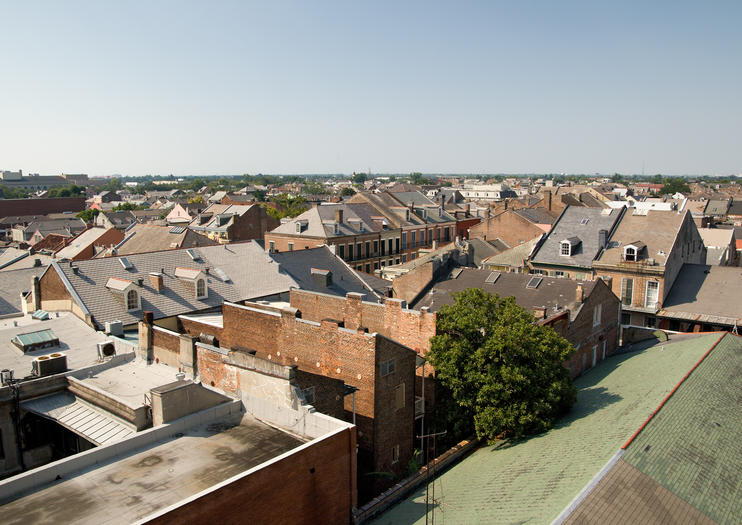 It’s true – Bourbon Street may be New Orleans’s most famous street, but it’s far from the only one to visit if you’re looking for some good times New Orleans-style.

Located in the historic Uptown district of New Orleans, Oak Street was once the main commercial drag of the town of “Carrollton” before its incorporation into greater New Orleans in the early 20th century. Because of that, there’s still a lingering charm to this uptown “main street” as a business and entertainment center.

Thanks to an economic resurgence in the 1970s and 80s due to some generous funding from state and federal dollars, Oak Street has seen some magic in recent years, and today, this one-time high street of barber shops, clothing stores, and blues bars is back on the map.

Stroll down Oak Street to check out the numerous coffee shops, art galleries, new and second-hand clothing boutiques, hobby shops, dining establishments, and bars that make for an eclectic mix of nearby university students, uptown locals, artists, and musicians.

In 2005, the, Maple Leaf Bar became an icon of the area’s good times when it made national headlines for being the first New Orleans bar to host live music shows after Hurricane Katrina – a feat that was made possible by portable generators and the New Orleans indomitable will to have a good time. The Rebirth Brass Band routinely makes stops here, and a finer time in New Orleans is hard to be had than one on Oak Street.
Address: Oak St, New Orleans, LA, USA
Read MoreShow Less

Things to do near New Orleans