4 Must-See Prague Neighborhoods & How to Visit 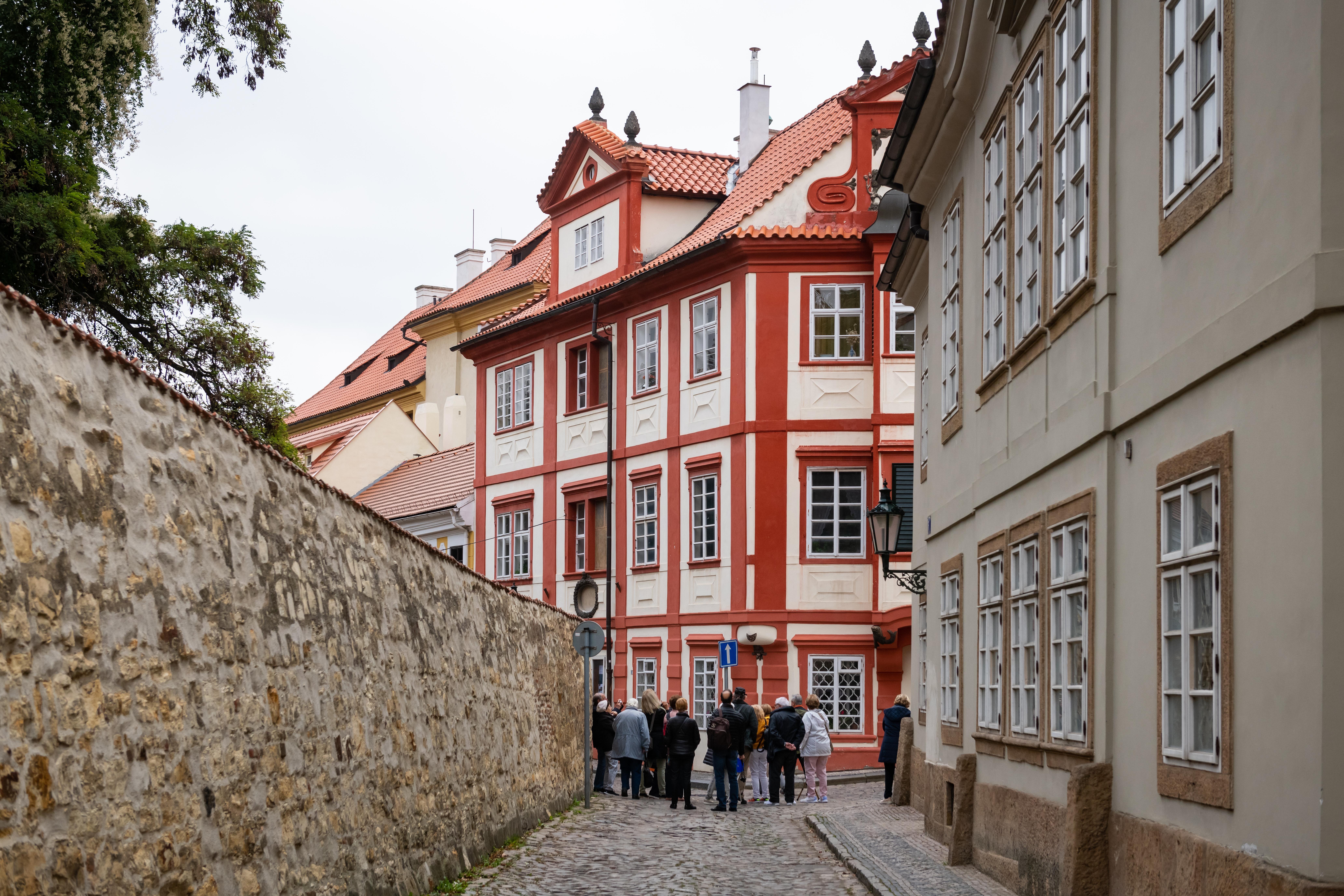 Prague is a place that captures the imagination. Everywhere you turn, fairy-tale spires dot the red-roofed landscape, while the picturesque Vltava River divides the city in two. Here are some of our favorite neighborhoods to explore in Prague.

Home to the Astronomical Clock and Town Hall, as well as charming lanes lined with shops and restaurants, Prague’s Old Town is top of the list for many visitors. Here you can step back in time to the days when the kings of Bohemia paraded through Staré Město on their way to coronation at the St. Vitus Cathedral across the river. To follow in their footsteps, start at the Powder Gate—one of the original city gates—at the edge of the Old Town, and stroll the colorful streets at your leisure until you reach the iconic Charles Bridge.

Despite the name, Lesser Town is where you’ll find some of Prague’s most famous sights, including the imposingly Gothic Prague Castle and St. Vitus Cathedral. Situated on the river’s west bank, the neighborhood was once home to the city’s wealthiest residents, many of whom built baroque-style palaces to display their status (e.g. Wallenstein Palace, now home to the Czech Senate but sometimes open to the public). Check out the Franz Kafka Museum and the KGB Museum.

New Town dates back to 1348, which gives you an idea of Prague’s extensive history. Nowadays, the district is Prague’s commercial heart, with big-name fashion stores as well as many of the city’s top cultural attractions (such as the National Museum). From the art nouveau Municipal House to the modern Dancing House designed by Frank Gehry and Vlado Milunić, there’s something to impress at every corner.

Within the Old Town, Josefov was once Prague’s Jewish quarter, and its sights reveal the long and sometimes tragic history of Jewish people in the city. Don’t miss the Jewish Museum (Židovské Muzeum), which comprises the Old Jewish Cemetery, Robert Guttmann Gallery, and several synagogues.

7 Tours and Activities | All Prague Tours

777
Discover Prague on a comprehensive full-day tour, including lunch and a relaxing Vltava River cruise. With a guide, enjoy a panoramic city coach tour and a walking tour around the exterior of UNESCO-listed Prague Castle. Savor a 3-course lunch at a luxury restaurant and later, take a leisurely sightseeing cruise, passing the Charles Bridge as you enjoy complimentary refreshments. Lastly, stroll around the Jewish Quarter and Old Town to see more highlights.
…More
From
$75.63
From
$75.63
Face masks required for travelers in public areas
Face masks required for guides in public areas
Hand sanitizer available to travelers and staff
Learn More
Taking safety measures

25
Maximize your time in Prague with a private guide, a driver at your disposal, and a full-day tour custom-made for you. Explore the world’s largest castle complex, including Prague Castle, the St. Vitus Cathedral, and the Golden Lane; admire the distinctive landmarks of Prague’s Old Town; and pose for photos on the famous Charles Bridge.
…More
From
$410.79
Price varies by group size
From
$410.79
Price varies by group size

204
Explore all the important monuments of Prague, its history, and secret stories in a fun and unique way via e-scooter! Visit the John Lennon Wall, Kampa Park, Prague Castle, Petrin Tower, Lesser Town, St. Nicolas Church, Letna Park, and much more. Learn about the history and culture of the city from your guide as you scoot around.
…More
From
$47.19
From
$47.19
Face masks required for guides in public areas
Hand sanitizer available to travelers and staff
Social distancing enforced throughout experience
Learn More
Taking safety measures

Prague in One Day Sightseeing Tour

549
Get the most from one day in Prague with this 3.5-hour coach and walking tour of the Czech capital. With an experienced guide to explain the sights, ride a comfortable coach past landmarks such as Wenceslas Square, the State Opera and more. Stop at Prague Castle and stroll around its highlights such as St Vitus Cathedral and Golden Lane; and walk to the Old Town to admire the Old Town Square with its Town Hall and Astronomical Clock. Ideal for first-time visitors or anyone short on time in the city.
…More
From
$35.09
From
$35.09
Hand sanitizer available to travelers and staff
Transportation vehicles regularly sanitized
Learn More
Taking safety measures

122
Get to know Prague like a local on this walking tour around the city’s hidden streets and sights. Led by a local private guide, delve behind the top Prague attractions and enter another world of secret alleyways and charming neighborhoods beloved by locals and usually overlooked by visitors and hear all about Prague’s medieval history and architecture.
…More
From
$84.70
Price varies by group size
From
$84.70
Price varies by group size
Face masks required for travelers in public areas
Social distancing enforced throughout experience
Guides required to regularly wash hands
Learn More
Taking safety measures

Trip to Cesky Krumlov from Prague

96
Discover Český Krumlov’s historical center — designated a UNESCO World Heritage site for its 13th-century castle surrounded by Gothic, Renaissance and baroque architectural landmarks. On this day trip from Prague you’ll set off with your guide on foot to wander the town’s medieval streets, located along the Vltava River. Dine on a restaurant lunch before a visit to the expansive State Castle, then explore the town further on your own.
…More
From
$106.00
From
$106.00
Hand sanitizer available to travelers and staff
Regularly sanitized high-traffic areas
Gear/equipment sanitized between use
Learn More
Taking safety measures