Welcome to Viator!
By creating an account, you agree to our Terms & Conditions and Privacy Policy.
We're creating your account. This may take a few seconds...
Account creation successful! Thank you.
Something went wrong. Please try again on the sign up page.
Questions? (888) 651-9785(888) 651-9785
When are you traveling?
Select Dates
Recommendations
All Recommendations
How to Spend 1 Day in Puerto Montt
Price
$0
$500+
Duration
Time of Day
RatingClear
Specials

How to Spend 1 Day in Puerto Montt 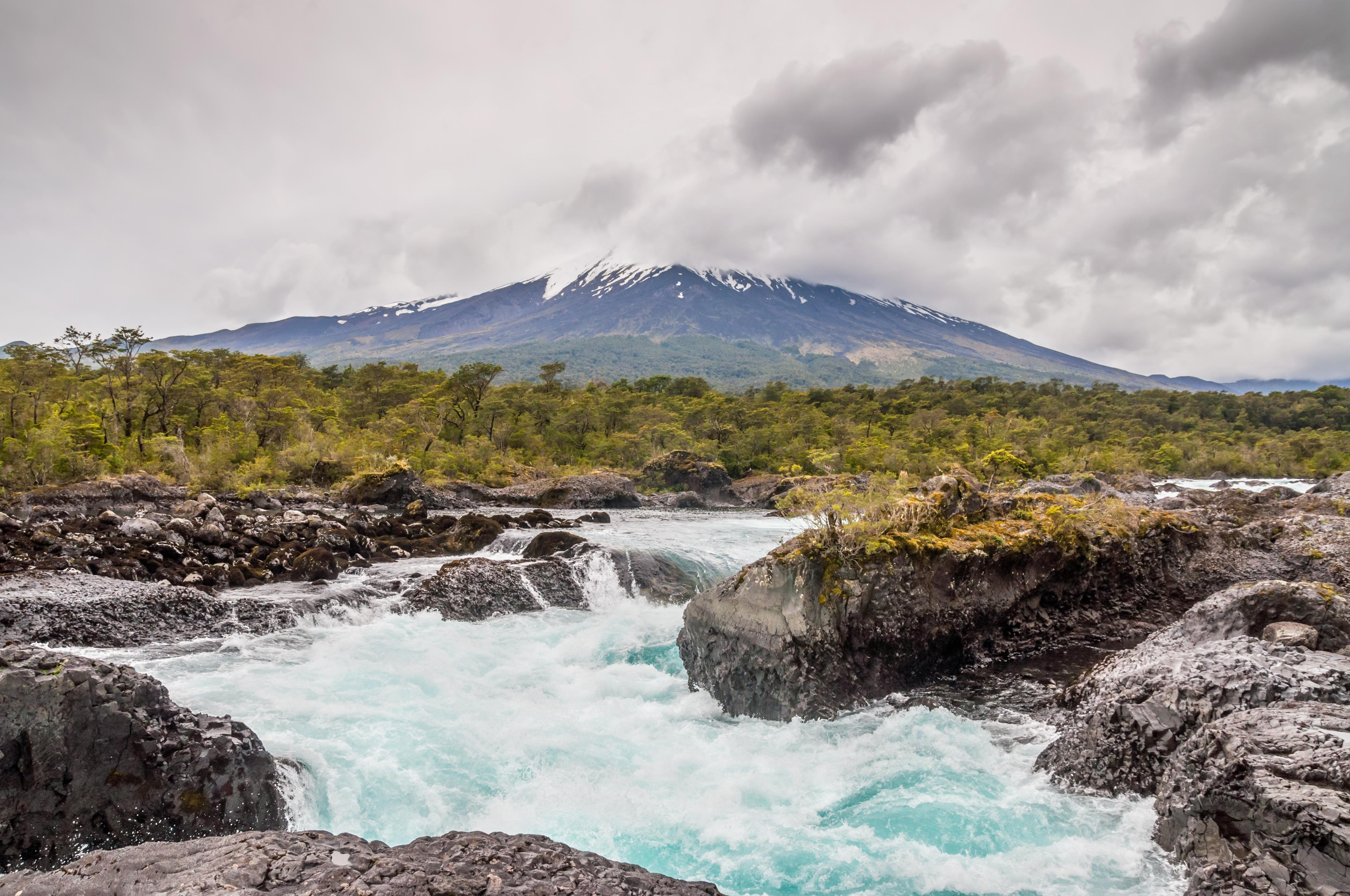 As the capital of Chile’s Lake District, the port city of Puerto Montt serves as the gateway to Patagonia’s lakes and mountains, and functions as a major transport hub. If you’re spending a day here rather than just passing through, here’s how to make the most of 24 hours.

Though most travelers blitz through Puerto Montt on their way to the Andes mountains, the laid-back, working-class city merits exploration. Get your bearings and learn more about Puerto Montt’s history and culture on a morning sightseeing tour that takes you along Costanera Avenue, which runs along the seashore to the Pelluco district and is home to beaches and a yacht club. Tours typically visit Chinquihue and the craft village of Angelmó, where you can browse for knitwear and woolen goods, and sample freshly-caught seafood.

Even with just an afternoon to spare, you’ll have time to visit the snow-capped Osorno volcano, which is considered the starting point of Chilean Patagonia. Tours tend to provide stress-free pickup and drop-off from your hotel in Puerto Montt, and save you the hassle of driving to Vicente Pérez Rosales National Park. There, you’ll have ample opportunity to enjoy panoramic views of Petrohué Lake and the Petrohué Falls as you follow a trail or take a chairlift up the 8,700-foot (2,650-meter) volcano. Alternatively, spend the afternoon in the charming town of Frutillar, which resembles a German Alpine village; it’s just a 30-minute drive from Puerto Montt.

Seafood is ubiquitous in Puerto Montt, which is considered Chile's seafood capital. Dedicate your final evening to sample some Chilean fruits of the sea, which include abalone, sea urchin, or barnacle. Head for the Fish Market of Angelmó, located at the end of Avenida Angelmó, for the freshest and best seafood in town. Otherwise, you can find plenty of restaurants in the city center, particularly around Rengifo. Stick around the area for a nightcap: there’s a good selection of bars on Rengifo, particularly those concentrated between the streets of Baquedano and Salvador Allende.

3
Get close the Chilean culture and the incredible landscapes that Chile offers you. Feel the spray of the majestic Petrohue Falls and the virgin nature that surrounds the place; visit "Laguna Verde", Spanish for "Green Lagoon" at the foot of the conical Osorno Volcano. Enjoy a breathtaking view of Todos Los Santos Lake and meet the history which surrounds this nature.
…More
From
$49.00
From
$49.00

17
Enjoy a relaxed day trip to the Osorno volcano with hassle-free pickup and drop-off from select hotels in Puerto Montt and Puerto Varas. Accompanied by a guide, enter Vicente Pérez Rosales National Park and enjoy panoramic views of Petrohué Lake as you follow a trail up the volcano. Afterward, you have the option to take a chairlift (own expense) to enjoy even more unbeatable views of the landscape.
…More
From
$26.90
From
$26.90
Face masks required for travelers in public areas
Face masks required for guides in public areas
Face masks provided for travelers
Learn More
Taking safety measures

Finish your vacation in Puerto Montt worry-free with this pre-paid departure transfer to El Tepual International Airport. Your driver will pick you up from your Puerto Montt hotel and drive you to the airport in a comfortable, air-conditioned shuttle bus. It’s that easy!
…More
From
$22.67
From
$22.67
Face masks required for travelers in public areas
Face masks required for guides in public areas
Hand sanitizer available to travelers and staff
Learn More
Taking safety measures

1
Ensure a hassle-free start to your vacation in Chile’s Lake District by pre-booking this convenient arrival transfer from Puerto Montt to Puerto Varas. Simply meet your driver on arrival at the El Tepual International Airport in Puerto Montt and relax on the 1-hour journey to your Puerto Varas hotel or private residence. It’s that easy!
…More
From
$32.00
Price varies by group size
From
$32.00
Price varies by group size
Face masks required for travelers in public areas
Face masks required for guides in public areas
Hand sanitizer available to travelers and staff
Learn More
Taking safety measures

2
Enjoy a scenic drive along the famous Pan-American Highway on this 4-hour tour of Chile’s Lake District, passing natural wonders like Osorno Volcano and Llanquihue Lake. Start your tour in the regional capital of Puerto Montt, where you can view the Memorial to the German Colonists, shop for traditional handicrafts along Angelmó Avenue and stroll the beaches of Pelluco. Then, head to Puerto Varas, the ‘City of Roses’, to stroll the idyllic Phillipi Park and admire the beautiful Puerto Varas Cathedral.
…More
From
$48.00
Price varies by group size
From
$48.00
Price varies by group size
Face masks required for travelers in public areas
Face masks required for guides in public areas
Social distancing enforced throughout experience
Learn More
Taking safety measures