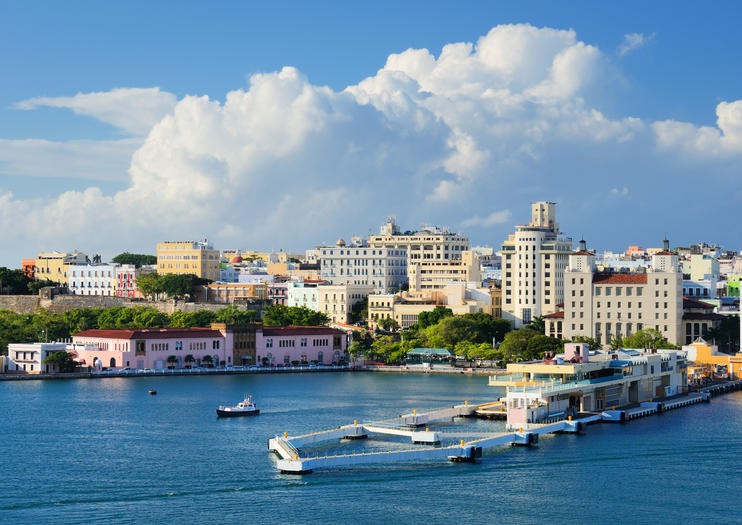 A World Heritage-listed fort, a cobblestoned old town and a nearby rainforest make San Juan a perennial favorite with Caribbean cruisers. The second-oldest European-settled city in the Americas is a history buff’s delight with a 16th-century cathedral and city walls, but if you’d rather see Puerto Rico’s natural or modern-day attractions, take a shore excursion to El Yunque National Forest or the Bacardi rum distillery.

How to get to San Juan

San Juan is on the northern coast of Puerto Rico; you’ll dock in the Bay of San Juan, most likely at the Old San Juan Piers. If your ship docks on the other side of the bay, however, you’ll need to take a cab around the bay and into Old San Juan.

One Day in San Juan

Do a circle around Old San Juan, starting in the southwest corner at La Fortaleza, atop the city walls. Dating back to 1533, the palatial building was part of the city’s defenses; today it’s the official residence of Puerto Rico’s governor and is the oldest executive residence still in use in the western world.

From here, walk north about 10 to 15 minutes to El Morro (Castillo San Felipe del Morro), another part of the city’s defense system. This imposing six-level fort, a UNESCO World Heritage Site, is thought to be the oldest Spanish fort in the New World.

Walk about 10 minutes back toward old town to San José Church (Iglesia de San José), the second-oldest church in the Americas (are you sensing a pattern?), and then head about five more blocks down to Plaza de Armas, the heart of Old San Juan.

Take a seat in the shade and enjoy some people watching while you rest your feet, and then take a cab to the Museum of Art of Puerto Rico (Museo de Arte de Puerto Rico), housed in a 1920s neoclassical building. One of the Caribbean’s biggest museums, it offers plenty to see for the rest of the afternoon.