Game of Thrones Tours in Spain 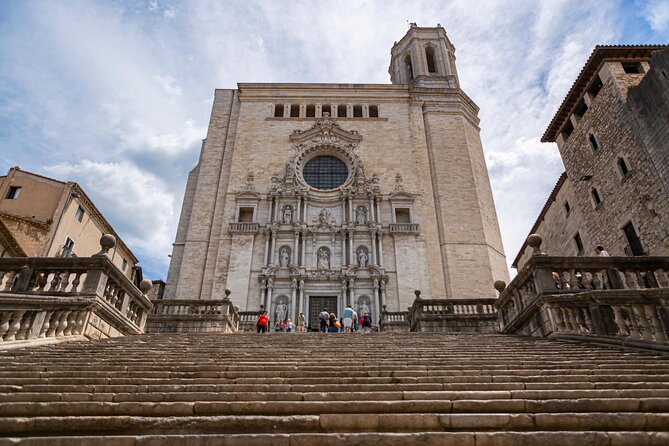 With elaborate Moorish palaces, fairy-tale gardens, and grand medieval castles, the Spanish cities of Girona, Seville, and Osuna made ideal shooting locations for HBO'sGame of Thrones. Here are a few highlights you can check out while visiting.

The capital of Andalucia, Seville is one of southern Spain's top destinations thanks to its unique blend of Christian and Moorish architecture. The city's diverse mix of eye-catching buildings, palaces, and cathedrals made it a perfect double forGoT's fictional cities of Dorne and Meereen. Key filming sites include the UNESCO-listed Alcazar Palace of Seville, which doubles as House Martell and the Water Gardens of Dorne with its pools, fountains, and gardens that saw the intrigue of characters such as Prince Doran and the "Sand Snake" daughters of Oberyn Martell play out.

Follow in the footsteps of Tyrion, King Joffrey, and Arya Stark on an exclusiveGame of Thrones walking tour of the medieval city of Girona and its Old Town to explore locations seen on-screen as King's Landing and the free city of Braavos. The city, set just north of Barcelona on Spain's Costa Brava and often visited on a day trip from the capital, is so proud of itsGame of Thrones connection that you'll even find an ice cream flavor—King's Hand—inspired by the series.

Sleepy Osuna, often combined withGame of Thrones tours to Seville, is a popular stop for fans thanks to its use for scenes set in Meereen. The city's Plaza de Toros bullring made an appearance as Daznak’s Pit, one of Meereen's great fighting arenas.

Want to explore all of the Thrones' seven kingdoms? Other spectacular filming locations can be found in Croatia, Northern Ireland, Iceland, and Malta.

4 Tours and Activities | All Spain Tours

'Game Of Thrones' Small Group Tour in Girona from Barcelona

163
Follow in the footsteps of the Lannisters and the Targaryens on this full-day 'Game of Thrones' tour in Girona. This experience allows you to explore the medieval city through the eyes of key characters such as Tyrion Lannister, and stop at filming sites from the show. Sample 'King’s Hand' ice cream, a flavor invented by locals in honor of the series, and enjoy free time to see the city’s Roman walls and Jewish district. Ice cream isn't the only food provided—you also enjoy lunch at a local restaurant.
…More
From
$123.41
From
$123.41
Face masks required for travelers in public areas
Face masks required for guides in public areas
Face masks provided for travelers
Learn More
Taking safety measures

104
Get your fix of ‘Game of Thrones’ fantasy drama on this Viator Exclusive tour of the season six filming sites in Girona. Much of the city’s Old Town was transformed into the streets and landmarks of King’s Landing and Braavos, two fictional towns from the HBO hit series. Learn about key filming sites and hear insider gossip about the show from a guide. You’ll also discover some of Girona’s striking landmarks including the Cathedral of Santa Maria.
…More
From
$37.25
From
$37.25
Face masks required for travelers in public areas
Face masks required for guides in public areas
Hand sanitizer available to travelers and staff
Learn More
Taking safety measures

17
‘Game of Thrones’ fans, here’s your chance to step into the fantastical kingdoms of Dorne and Mereen on a guided tour of the scene-stealing royal Alcazar of Seville. See the ornate Moorish gardens and courtyards where Oberyn’s venomous Sand Snakes’ plot revenge and Princess Myrcella falls in love, while learning about the palace’s real-life legacy. With a full-day tour option, ride the train to neighboring Osuna to see the filming location of Mereen, including Danzak’s fighting pit, and savor a feast fit for the Mother of Dragons herself.
…More
From
$73.37
From
$73.37

8
Discover the ‘Game of Thrones’ film sites of Seville on this 2-hour tour — a Viator Exclusive that can't be booked elsewhere! With a local guide, explore Seville’s Alcázar palace that acted as the Water Gardens of Dorne in the TV series’ fifth season. Wander around the pond- and fountain-sprinkled gardens in the footsteps of Doran Martell; see the settings of memorable scenes; and hear fascinating trivia from the series. If you wish, add a trip to the town of Osuna, whose bullring starred as Danzak’s Pit, and finish with a series-themed lunch.
…More
From
$57.42
From
$57.42
Face masks required for travelers in public areas
Face masks required for guides in public areas
Hand sanitizer available to travelers and staff
Learn More
Taking safety measures