Welcome to Viator!
By creating an account, you agree to our Terms & Conditions and Privacy Policy.
We're creating your account. This may take a few seconds...
Account creation successful! Thank you.
Something went wrong. Please try again on the sign up page.
Questions? (888) 651-9785(888) 651-9785
When are you traveling?
Select Dates
Recommendations
All Recommendations
How to Spend a Rainy Day in Sydney
Things to Do in Sydney This Fall
Sydney Beach Guide
Seeing an Opera at the Sydney Opera House
Sydney Neighborhood Guide
How to Get Around in Sydney
Things to Do in Sydney This Summer
Must-See Museums in Sydney
Price
$0
$500+
Duration
Time of Day
RatingClear
Specials 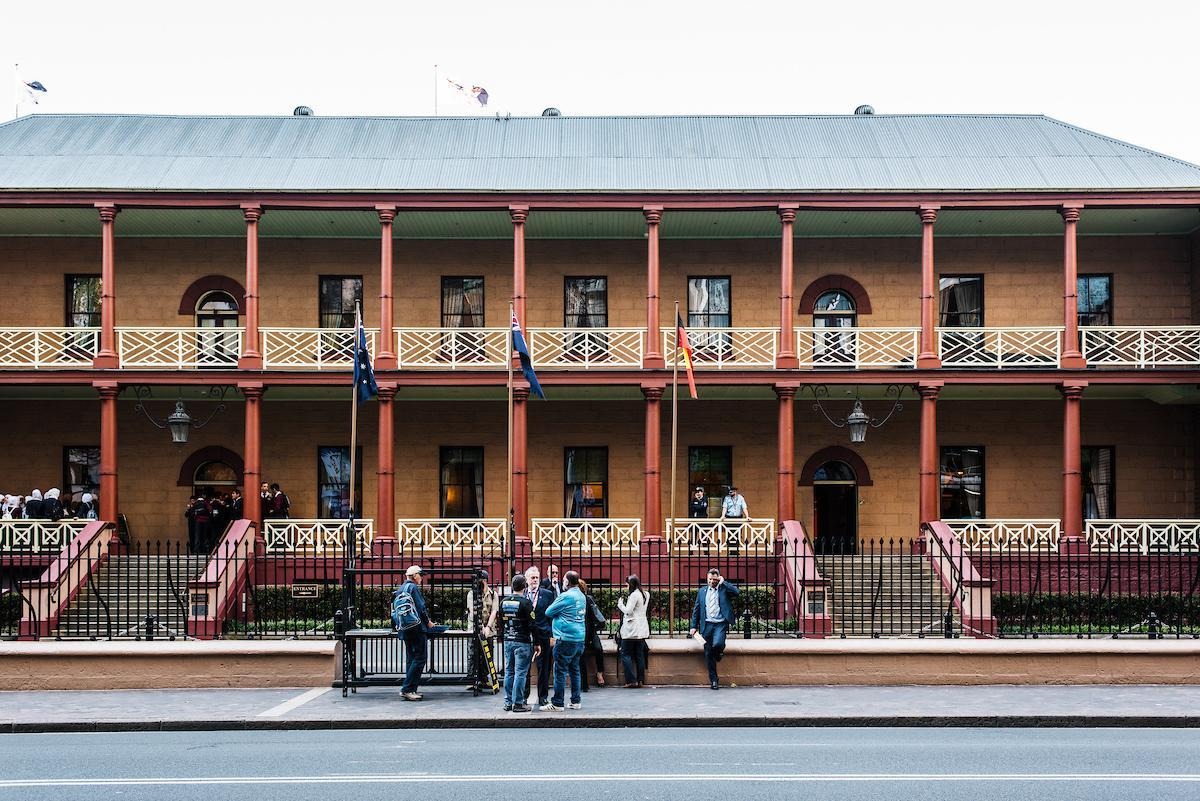 Australia’s largest and oldest city, Sydney is best-known for its harbor, the opera house, and the Harbour Bridge. But whether your tastes run to history or dinosaurs, waxworks or magic, its museums deliver the goods. Here are our top picks.

A must for kids and history buffs alike, the Australian National Maritime Museum showcases the nation’s tens of thousands of years of maritime history. Exhibits run from Aboriginal canoes to a submarine, from a replica of Captain Cook’s HMS Endeavour to a history of migration, as well as short films and special exhibitions.

Set to relocate in January 2020, this vast museum occupies a converted power station not far from Darling Harbour. A great choice with kids, thanks to its focus on science and design, the interactive exhibits will please adults too. Discover everything from up-to-the-minute robots to the art of lace.

With a history dating back to not long after the first settlers landed in Botany Bay, the Australian Museum spans the gamut from dinosaurs to extinct giant animals, from geology to Aboriginal spiritual beliefs. School holidays see a wealth of kids’ activities.

After World War II, around 27,000 Holocaust survivors made their way to Australia. The Sydney Jewish Museum tells their stories, alongside those of other Jewish people who settled here: 16 arrived on 1788’s First Fleet.

Set inside the Magician’s Cabaret Theatre, which hosts regular magic shows, the Australian Museum of Magical Arts provides a fascinating glimpse into the art, craft, and mind of the conjuror.

The Sydney branch of the global waxwork brand continues to perform in the selfie era. Eerily realistic wax models include Australian celebrities from Kylie to Chris Hemsworth, while Marvel characters and interactive fashion shows update Tussauds for the 21st century.

6 Tours and Activities | All Sydney Tours

425
Visit some of the top 35 attractions in Sydney with the convenience of the Sydney Attractions Pass, the perfect travel companion for exploring Sydney and its surroundings. Whether you plan to check out the Sydney Opera House, Taronga Zoo and SEA LIFE Sydney Aquarium, or you wish to go out to Manly and the Blue Mountains, the Attractions Pass is a cost-effective choice. Save up to 40% off regular admission prices, and have a choice of six different pass options.
…More
From
$107.49
From
$107.49

12
Visit Sydney's top attractions and enjoy savings of up to 45% with the Sydney Explorer Pass. Browse the list of 25+ experiences and have your choice of three, four, five, or seven popular attractions, and tours to take in anytime within a 60-day period. Options include a tour of the Sydney Opera House, a Hop-On Hop-Off Sydney and Bondi Bus Tour, WILD LIFE Zoo, and admission to the Australian National Maritime Museum.  Simply save your pass on your mobile device after purchase and enjoy direct entry to each attraction — no voucher redemption required. Please note: Enjoy the extra flexibility in case your travel plans need to change: All passes (purchased by December 31) are valid for two year from purchase date and only become activated with your first attraction visit. After activation your pass will be valid for 60 days and/or the remaining number of attraction choices purchased.
…More
From
$82.00
From
$82.00

53
While in Sydney, delve into maritime history at the Australian National Maritime Museum. Considered one of the top maritime museums in the world and conveniently located on the shores of Darling Harbour, the Australian National Maritime Museum features exhibits on Aboriginal and European explorers, the navy, surfing, sailing and Australia’s beach culture. Choose between two ticket options: the special exhibitions only or the Big Ticket with access to the docks where historic ships are berthed, including several that you can tour and interactive displays to please the kids, making this a great activity for the entire family.
…More
From
$17.91
From
$17.91
Face masks provided for travelers
Hand sanitizer available to travelers and staff
Social distancing enforced throughout experience
Learn More
Taking safety measures

29
Meet your favorite celebrities and sports heroes from around the world at Madame Tussauds Sydney. Start with your red carpet entrance and feel like a star in the immersive experiences. Have your own Fashion Week experience and pose for your photo shoot and be on the cover of Cosmopolitan. Attend a party with Chris Hemsworth at the ultimate VIP party or see if you have what if takes for you to win an award at the MTV zone. Go into one of the recording booths and channel your dance moves in the augmented reality dance experience.
…More
From
$26.37
From
$26.37
Face masks required for guides in public areas
Hand sanitizer available to travelers and staff
Social distancing enforced throughout experience
Learn More
Taking safety measures

21
Visit the Sydney Jewish Museum to immerse yourself in the soundscapes, interactive media, audio-visuals and objects that make up the museums permanent, and temporary exhibitions. Tour the space on your own or with a guide and think about morality and social justice in both historical and contemporary contexts. Relax in the museum's kosher café and peruse the books and other offerings in the gift shop.
…More
From
$10.75
From
$10.75

2
Uncover the secrets of some of the greatest stage magic acts on a guided tour of Sydney’s Australian Museum of Magical Arts. Prebook to secure your place on your preferred day, and enter the hidden world of magicians. Discover concealed tunnels, see how props work, learn about and even join in classic stage acts; and leave with a whole new appreciation of the powers of the mind and illusion.
…More
From
$31.53
From
$31.53