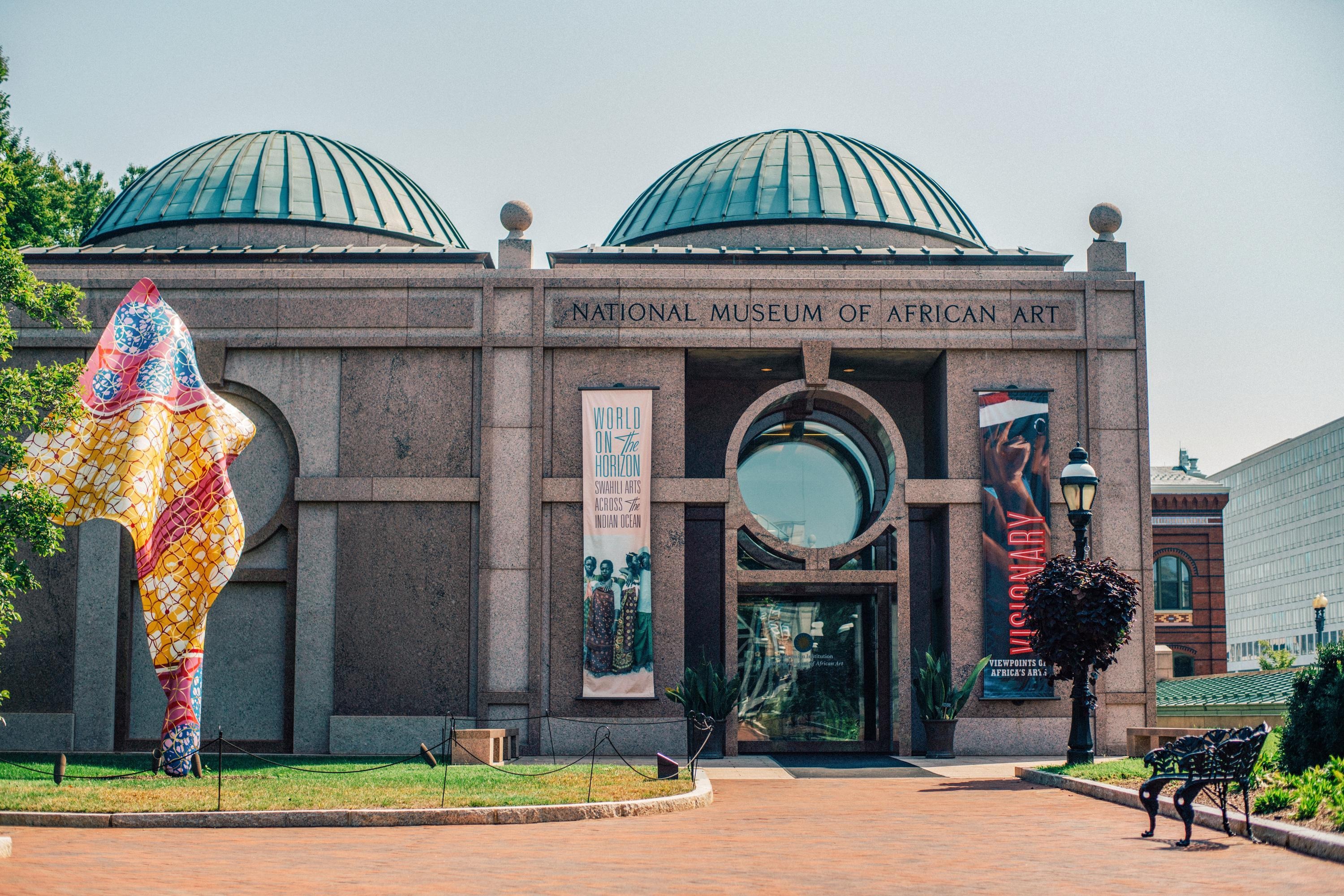 Washington DC has such a surfeit of world-class museums that it’s nearly impossible to narrow down the offerings, but there are a few heavy hitters no art enthusiast should miss. From the Smithsonian Institution to independent galleries, here are the capital’s must-see museums.

Among the world’s largest and most esteemed art museums, the colossal National Gallery of Art is home to some 141,000 artworks, which primarily represent European and American traditions dating from the Middle Ages to the modern period. Today, the museum is spread across three locations: its neoclassical West Building, I.M. Pei–designed East Building, and a sculpture garden. Collection highlights include pieces by masters such as Leonardo da Vinci, Raphel, and Van Gogh.

Opened in 1974 and located right on the National Mall, the Hirshhorn Museum (and its companion sculpture garden) is part of the Smithsonian Institution—the world’s largest museum complex. One of the county’s most-visited art museums, this showcase for contemporary art has hosted retrospectives by artists the likes of Ai Weiwei and Yayoi Kusama.

Another highlight of the Smithsonian Institution, the Smithsonian American Art Museum holds one of the largest American art collections in the world. Alongside the Renwick Gallery—a satellite branch of the museum—it showcases everything from early American colonial art to cutting-edge contemporary pieces by luminaries such as Kerry James Marshall and Nam June Paik.

Open since 1968 in Washington DC’s Old Patent Office Building, the National Portrait Gallery displays upwards of 23,000 portraits across all mediums. The museum is particularly well-known for its blockbuster presidential portraits, and President Obama’s portrait by Kehinde Wiley (paired with First Lady Michelle Obama’s portrait by Amy Sherald) is among its most sought-out works.

Another major art institution located on the National Mall, the Smithsonian National Museum of African Art was the country’s first museum devoted to African art when it was established in 1964. It has since been described as a mainstay of the international art world and showcases close to 12,000 objects, which span centuries, cultures, and media.

National Museum of Women in the Arts

Still the only major museum in the world dedicated to women’s achievements in the arts, the National Museum of Women in the Arts, founded in 1981, celebrates female artists across the centuries. Located in the city’s old Masonic Temple (a National Historic Landmark), the museum’s collection includes pieces by roughly 1,000 artists, including Georgia O’Keeffe, Frida Kahlo, Mary Cassatt, Judy Chicago, and Helen Frankenthaler.

3
Two of Washington’s most iconic museums take up residence in the historical Old Patent Office Building, where history and art collide. Visit the National Portrait Gallery and the American Art Museum on a 2 to 2.5 hour private tour and discover the best of American-made works all under one roof.
…More
From
$79.50
Price varies by group size
From
$79.50
Price varies by group size
Face masks required for travelers in public areas
Face masks required for guides in public areas
Face masks provided for travelers
Learn More
Taking safety measures

79
Explore the best of Washington, DC on this narrated, hop-on hop-off trolley tour. Visit more than 100 points of interest among DC’s top attractions—like the White House, the Lincoln Memorial and the Washington Monument, to name just a few. Depending upon your interest, select a silver, gold, or platinum pass, then board at any of the stops and get to know the nation’s capital in customized fashion, with live onboard commentary from a professional tour conductor. A guided moonlight trolley tour to the same landmark locations, illuminated for the evening, is also included.
…More
From
$94.00
From
$94.00
Face masks required for travelers in public areas
Face masks required for guides in public areas
Hand sanitizer available to travelers and staff
Learn More
Taking safety measures

6
Get more from your visit to the National Gallery of Art on this private tour of the museum. Follow your guide through one of America’s only national collections of artwork produced by Renaissance artists, French Impressionists, and great American painters. See works from Claude Monet, Raphael, Gilbert Stuart, Vincent Van Gogh, and Edgar Degas, as you learn what’s really behind the creation of some of these pieces.
…More
From
$79.50
Price varies by group size
From
$79.50
Price varies by group size
Face masks required for travelers in public areas
Face masks required for guides in public areas
Face masks provided for travelers
Learn More
Taking safety measures

3
Explore Washington DC's must-see sights on a fun pedicab ride. Your informative guide will pedal you past some of the capital city's must-see sights. See the U.S. Capitol, the Lincoln Memorial and the Washington Monument at the National Mall. Pass by the Hirshorn Museum and Sculpture Garden, Chinatown, the National Archives Building and the Smithsonian's National Air and Space Museum. Play some trivia games with your guide and small group of fellow travelers for the chance to win a prize.
…More
From
$100.69
From
$100.69

Castle to Capitol: Museums of the National Mall Walking Tour

3
Take a stroll along America’s ‘front yard’ during this guided, small-group walking tour of the museums of the National Mall in Washington, DC. Go on a walk on the east side of the National Mall, between the United States Capitol Building and the Washington Monument, with a historian guide, and learn about the design and stories behind each museum. This tour also includes admission to the Smithsonian Castle.
…More
From
$40.00
From
$40.00
Face masks required for guides in public areas
Social distancing enforced throughout experience
Guides required to regularly wash hands
Learn More
Taking safety measures