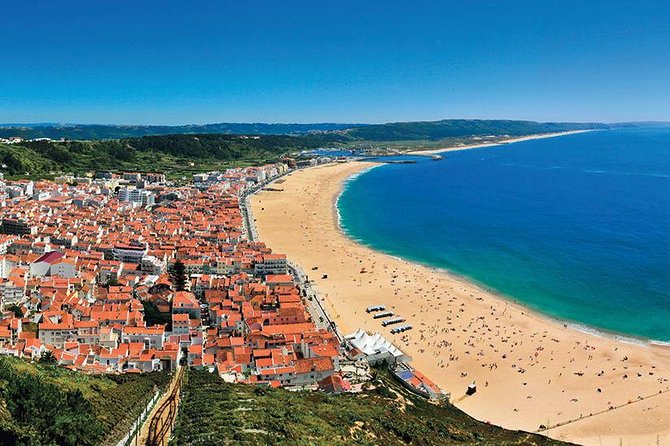 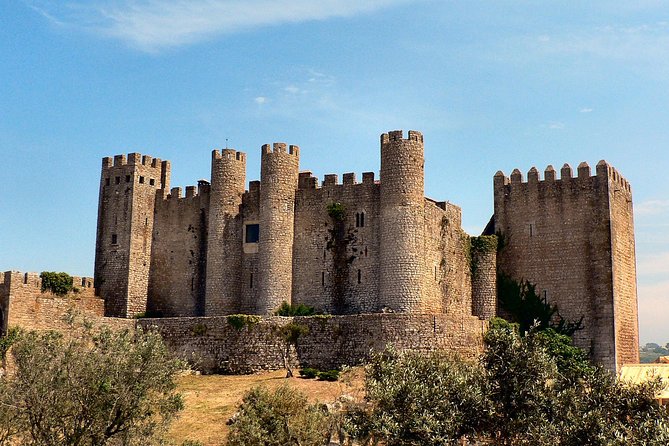 Great Day Out in Alentejo

Gerry M
Alentejo Wine Tour from Lisbon with lunch included | Sep 2019
Luis and Celso picked us up from our hotel at 8.00am and we returned just before 9.00pm! How the two lads kept going all day is a mystery to me. It was a fantastic trip that was all the more enjoyable for our guide Luis who gave a detailed history of Portugal - clearly it is a passion of his. Our first stop was for a coffee that was most welcome before we headed on to Adega do Calisto which is a very small family run vineyard. We enjoyed a few glasses of their finest wines along with a very interesting discussion about wine production in the region and the difficulties that the small local producers encounter. Following this it was off to see a bigger vineyard and enjoy lunch. Herdade do Sobroso is a much bigger producer in a fabulous location. When you arrive there the place looks like it has been in existence since the 17th century only to learn that it was in early 2000 that it started the serious business of producing great wines. The lunch we had was magnificent (so much so I needed a siesta) and with Luis as company we never noticed the time ticking away. The tour of the vineyard consisted of a talk from one of the vineyard staff (and I had to apologise to him as I dozed off ... a big lunch followed by a talk in the heat is not a good idea!). After that it was on to Monsaraz for a visit to the cathedral and stunning views of both Portugal and Spain before the long drive back to Lisbon. As I said it was a long but very enjoyable day and our sincere thanks to Luis and Celso for making it a very special trip.
Mehr erfahren

685nab
City Tour in Saint George Castle and Carmo Church Ruins- Castelo de São Jorge | Jul 2019
The tour was great and our guide Luis made the experience even better with his passion for Lisbon and interesting anecdotes. He went over and above to ensure we have a memorable time. I highly recommend this tour.
Mehr erfahren

ashleyparick
Sintra Full-Day Sintra, Cascais & Cabo da Roca | Jul 2019
We absolutely LOVED this tour! Everything we did was so wonderful. Seeing the beautiful palaces and walking the grounds, the Western most point, Boca De Inferno, and Cascais... ALLLL of it was perfect. The true bonus in our trip was our guide Luis! He was so knowledgeable and so easy to spend the whole day with. He was flexible and ensured we truly made the most of our day!
Mehr erfahren

Angie H
Sintra Full-Day Sintra, Cascais & Cabo da Roca | Mai 2019
We were quite disappointed by the full-day tour. The driver and the tour guide were nice, friendly and tried to make things work. However, they did not seem to know what they were doing very well. They should have known that the lineup to get into the Pena Palace would be long due to the Labour Day holidays. We wished after the fact that they had offered us the alternative to skip the 1.5-hour lineup and view the outside of the Palace instead. We spent hardly any time seeing the outside of the Palace as we were very behind schedule due to the lineup. I tried to tell them that I really wanted to see the Quinta da Regaleira (I indeed searched for a tour by that landmark) but of course I could only pronounce the name in an English-speaking way. They did not clarify with me and we did not know that they did not quite understand. We ended up going there 50 minutes before the place was closed down and I did not even get to the see the famous spiral staircase! The tour guide did not even know how to get to the spiral staircase when we were inside. How disappointing. Despite the fact the the driver and the tour guide spoke to each other in Portuguese on the vehicle the whole time, they miscommunicated about the pickup point in Sintra. We and the tour guide waited for 45 minutes. What a waste of time. I would certainly look for a tour with good reviews in the future. Lesson learnt.
Mehr erfahren