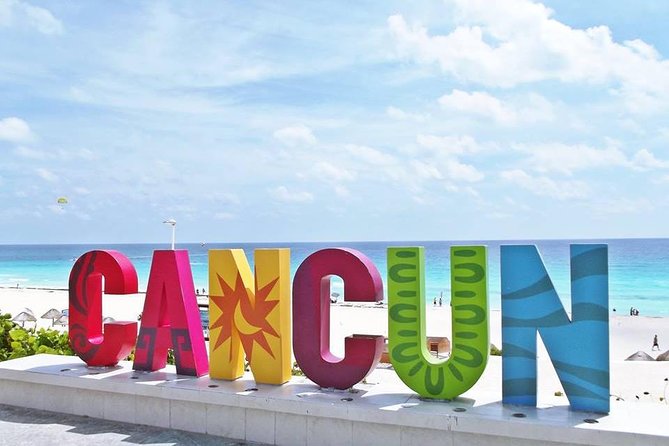 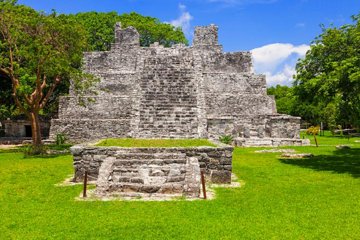 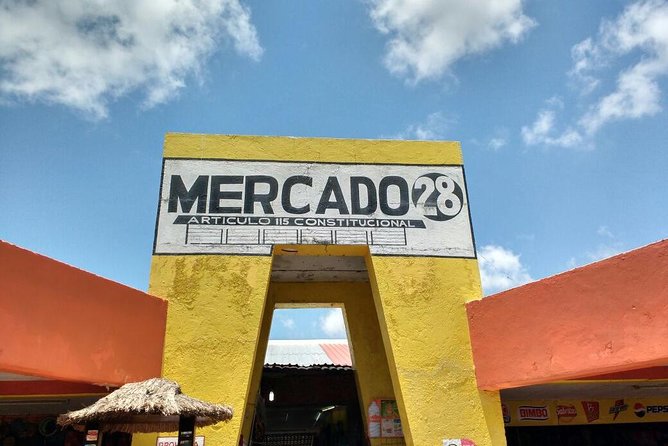 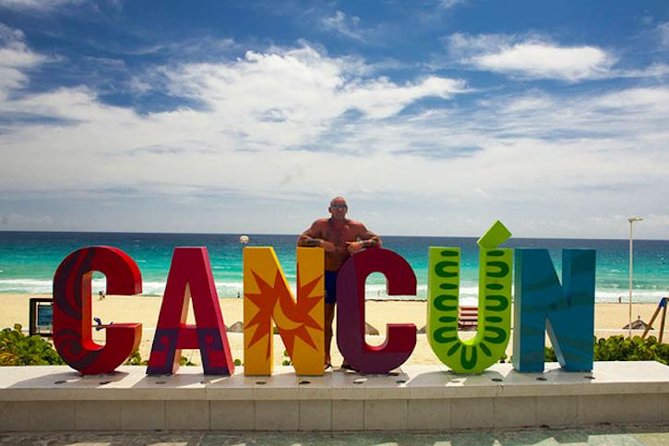 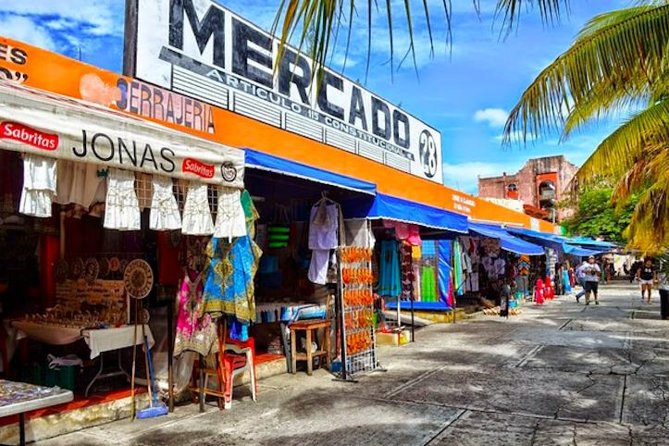 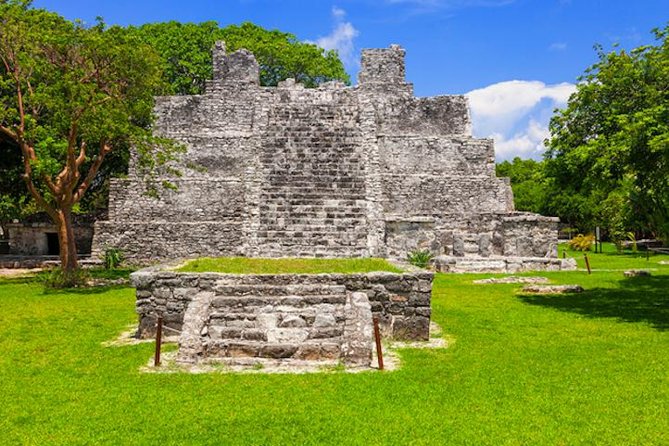 1,0
1 Bewertung
5 Sterne
4 Sterne
3 Sterne
2 Sterne
1 Stern
Bewertungen von Viator-Reisenden
Advertised as a sightseeing tour...
Frank H
, Okt 2017
Advertised as a sightseeing tour !. Well its more of a shopping tour, you are taken from one souvenir shop, to another shopping mall, The so called Tequila museum will take approx 5 minutes to see, as again its all about buying something. If your not into shopping for cheap trinkets or tequila or such like don't bother with this one.
… mehrWeniger

C-B
Outdoor Combo Tour: ATV with Waverunner or Speedboat | Mär 2020
I will never EVER, EVER book here AGAIN. Got there, the wave runners were cancelled. We had to practically go through hell to get half of our money back. The ATV ride was very boring. Everyone rode in a straight line, like 4 year olds. They took pictures but the ride was so boring, the pictures weren't worth the buy. They offered us drinks & chips, but the catch, was they actually wanted us to pay. Horrible experience all together.
Mehr erfahren

Did not even get to experience it

Yev
Ziplining and Horseback Riding Experience from Cancun | Mär 2020
Nobody contacted us about the transportation from our hotel, even though we send emails, texts and left numerous messages requesting the info.
Mehr erfahren

Kathy_k
ATV & Wave Runner Combo Tour | Mär 2020
We were in town for a vacation and this was a perfect adventure! It was just the right amount of time for each activity and the location was beautiful! They treated us great! We even had about 50 minutes to relax and have and appetizers that was included on the beach. We purchased a margarita. They took pictures during the events but didn’t push to buy them. I think they were about $15 a piece. You couldn’t really take pictures during unless you’re a passenger. I had never driven an ATV (I’m a 51 yr old female) but it was lots of fun! They give lots of instructions. They do take you out as a group for the wave runners which was different but ended up being fun. You can still go fast and do lots of things. The hotel pickup was nice and we didn’t spend much time in the van but we stayed at Vidanta so it was pretty close. You also have the option of staying longer and taking a latter shuttle if you want some beach time. They have a restaurant so you can eat lunch too. Oh they have camel rides!! Have fun!!
Mehr erfahren

Randall_C
Tulum and Cenote Day Trip from Cancun and Riviera Maya | Mär 2020
Excellent shorter day visit to the Mayan Ruins of Tulum. Guide Thomas and driver Wilber were exceptional, we enjoyed every minute of the day and were back to the resort by 4:30. Perfecto!
Mehr erfahren

Mckanley
Outdoor Combo Tour: ATV with Waverunner or Speedboat | Feb 2020
It was a great experience. Tour guys were excellent and professional and very understanding to individuals
Mehr erfahren

Yoca_S
Outdoor Combo Tour: ATV with Waverunner or Speedboat | Feb 2020
The actual Atving was REALLY fun we had to wait a while for the rest of the group to get there though. Pictures were expensive as usual.
Mehr erfahren

mercymeglio34
Outdoor Combo Tour: ATV with Waverunner or Speedboat | Feb 2020
Well I can’t really give it a review as we did not get picked up at the time I believed the tour time was. They had sent another email with a time that I did not receive in time due to the change in the phone plan and receiving emails in another country. So I waited for an hour and then the concierge called the local tour guide. We rescheduled for the next day. I have to pay and additional fee per person for the transport (which is part of the tour) again. So please resend me this survey and I will review the actual excursion experience.
Mehr erfahren

jnelsonpharmd
Private Romantic Sailing Sunset Experience | Feb 2020
My one big complaint was that the driver was very late. I had to get the hotel involved to see if he was still going to show up. When we got to the marina the driver wanted $13 pp for the ride. I was under the impression that shuttle service was included.......seemed like someone was trying to make an extra buck off us. The boat experience wasn’t bad recommend some small apps however
Mehr erfahren

tlmarchetti11
Half-Day Snorkeling Adventure in Puerto Morelos | Feb 2020
The reef was beautiful, we saw a turtle, lobster and so many different kinds of fish, it was amazing! The guides were awesome, they made sure we could see the turtle and lobster. One of them showed us a beautiful conch shell with a crab inside! The food at lunch was sooo good too at the Fish Market restaurant! Make sure you bring extra money for tips and if you want to buy souvenirs, the town Puerto Morelos had some really neat stuff for sale.
Mehr erfahren

wreinholdmpa
Coba Express Tour from Cancun and Riviera Maya | Jän 2020
Amazing place, great tour guide. Ventura was knowledgeable and passionate about his Mayan heritage and this archaeological site. The arrangements and organization of the pre-tour arrangements and pick-up left a lot to be desired however. First, the tour is advertised as 6 hours with a 7 AM start. With other events planned for the afternoon and evening, the approximate 1 PM end time worked perfect for us. When the tour representative confirmed with us later, all of a sudden it was an 8:50 meet time, in the lobby of a restaurant that had changed names and was closed. You would think they could update their information. Already, this meant that our end time would be closer to 3PM. Not ideal, but we chose to continue with the tour. After we were picked up at 8:50, our driver told us he was just delivering us to the actual tour bus (van), but that he had to get other guests first. The other guests ended up being at resorts further away from the direction of Coba (some of which were no-shows), meaning more time before we actually got started. By the time we got dropped off at the actual tour van, it was well after 9:30. Then we noticed that the van was only traveling at 1/2 the speed limit. Turns out they were waiting for the missing passengers to catch up (delivered by taxis). It was after 10 before we really started to head to Coba. At this point, everything went as planned, but it still meant a 4 PM return. I'll concede that Caribbean time is a little less regimented, but if you have a schedule, don't rely on this operator's advertised times. The other issue we had was with the online reservations. Our friends wanted to join us, used the online reservations which showed availability, so they paid and received their tickets. Granted, it was only 24 hours prior, but still, the system accepted payment and issued tickets. They received a call from the tour operator at 8:00 AM the morning of the tour and were told there was no space. Now they have to work through a refund process, plus they missed a great tour (other than the front-end part). If you're going to use online reservations, make sure it works. This operator's schedule management and logistics is terrible and really put a dent in what would otherwise have been a fantastic tour experience.
Mehr erfahren

olivertomsche
Ek Balam Majestic Mayan Ruins and Cenote Tour | Jän 2020
Had a nice day with several cool activities. Guide was cool and give us a god time. I would give a A+++
Mehr erfahren

Horrible Operator Should be Banned From Viator

bryanpotratz
Wave Runner Ride in Cancun | Dez 2019
Stay away from this operator! Showed up for our reservation, which nobody could validate. I had reserved 4 wave runners for 1 hour. The individual tried to give me only 2. When I insisted on 4, he walked away from the desk. We only saw 1 wave runner on the dock and it was marked “patrol only”. Needless to say, we’ve requested a full refund from Viator.
Mehr erfahren

Dual Fun in the Sun

Dennis S
Outdoor Combo Tour: ATV with Waverunner or Speedboat | Dez 2019
Driver picked us up on time and returned us in a timely fashion. Staff at excursion was exceptionally friendly and helpful. Wave Runners were a kick, and ATV need cushion and back for Dual riders. Excellent time!!!
Mehr erfahren

Not Worth The Money