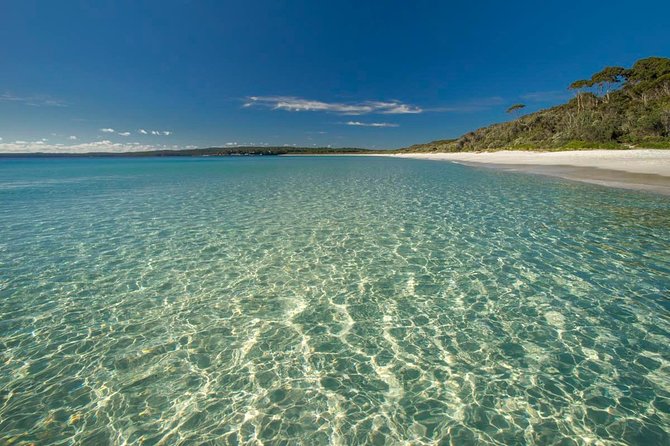 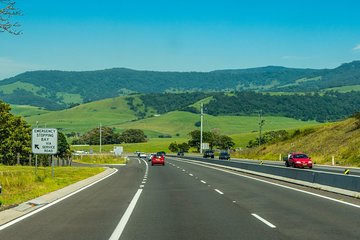 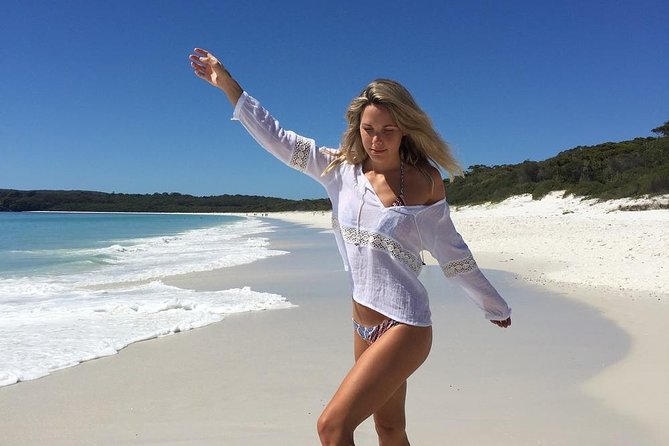 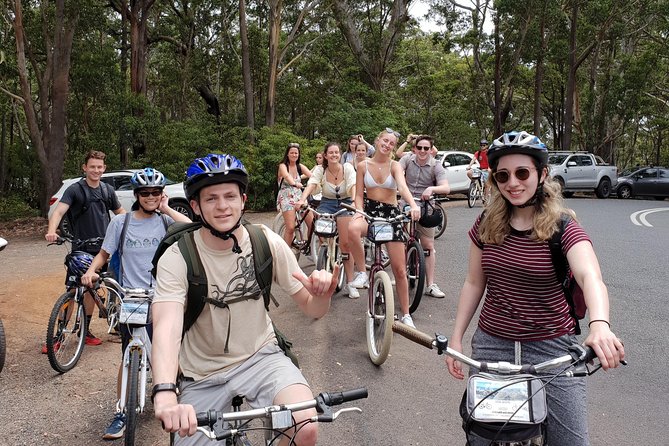 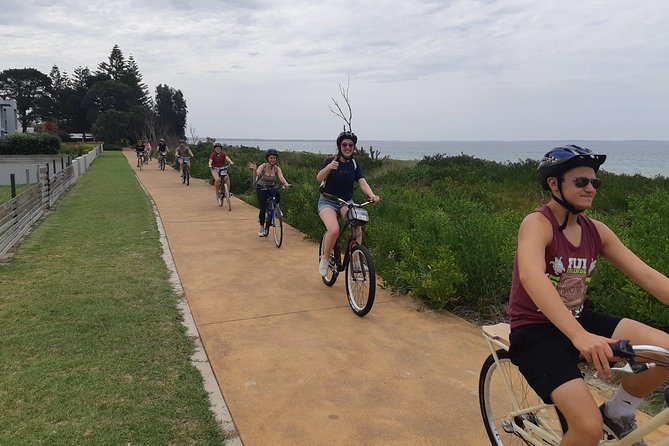 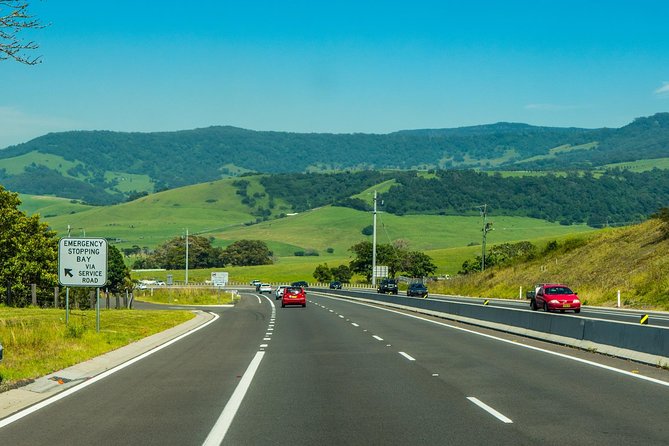 Antwort des Gastgebers , Nov 2019
Thanks heaps for the 5 stars, and for letting us know how much you enjoyed your day in Jervis Bay with Sam. We’ll pass on your comments to him. Cheers
… mehrWeniger
Great trip. Because the weather...
Eulama
, Nov 2017
Great trip. Because the weather was not as kind to us as we would have liked, our tour director took us to some extra places to make the trip more enjoyable. He was friendly and very well informed. Hyams Beach was great, Kangaroo Valley beautiful and seeing all the kangaroos in the wild at Jervis Bay was a highlight for everyone on the bus. Thanks James, a great day!
… mehrWeniger

A fantastic day out

Richard
Blue Mountains Eco Active Day Trip from Sydney | Feb 2020
I had a very good day at Blue Mountains. Our guide was Colin. He was clearly very knowledgeable about the flora and fauna of the mountains, about the Australian history and he is simply a pleasant person to talk to. The program was a well-balanced mixture of visit to the “zoo”, to different points of the mountains (including waterfalls and amazing lookouts) and gaining knowledge about Sydney and its history. I personally would have not minded a little bit more tracking, but I have to realize that it is almost impossible to bring more out of a day than what we did. Hence, I can only recommend it.
Mehr erfahren

msgtjg55
Blue Mountains Eco Active Day Trip from Sydney | Jän 2020
Our guide Colin was great! This is a very active hike and should be listed as so. A cooler with water would have been appreciated since it was in the 90’s. Beautiful hike but the van was difficult to see out of.
Mehr erfahren

anaF7618RQ
Blue Mountains Eco Active Day Trip from Sydney | Nov 2019
Loved the activity, Billy, our guide was very knowledgeable, dynamic and respectable of the Aboriginals traditions he told us about. Would definitely recommend!
Mehr erfahren

debwilson2019
Blue Mountains Eco Active Day Trip from Sydney | Nov 2019
This was really good. We had a relatively small group and the guide tailored everything to us. He was extremely enthusiastic and knowledgeable. Probably the best trip out we did while in Sydney.
Mehr erfahren

FellowTraveler751279
Blue Mountains Eco Active Day Trip from Sydney | Okt 2019
The itinerary for this trip as outlined on the website sounded perfect, and the driver/tour guide was very friendly, well intentioned but too laid back. I gave this trip 3 stars, down from my usual 5 stars, because a series of little things added together to make this a disappointing trip. The driver/guide began by saying the microphone on his bus was not working (and that he is just given whichever bus the day he arrives to work), so he would not be giving us any information. He did proceed to try to "talk" to those who could hear him near the front, and once we got near the Blue Mountains, he asked us what we wanted to see. Someone shouted out waterfalls, so the guide said he'd take us to Wentworth Falls. When we got there, he remarked that he had never ever seen it so crowded, and that problem governed the rest of the day. He gave vague directions, assured us what was marked as "hard" and taking 3-4 hours to hike was actually moderate and would take 1 hour - it didn't. We all chose at some point to turn around so we would get back to the bus on time. Because of the crowds, we were dropped off in the parking lot for our picnic and given food but no option for drinks or water and on our own to find a place to sit and eat. The second/last hike required us to pay for a train ride back to the top, which was an additional fee, although we were assured there were other options, just not that walk. He was kind enough to stay behind with a member who could not keep up with the group, but told the rest of us to just keep turning right at every fork on the trail and we should be okay. Ad libbing, we were promised a final, short, easy hike over the bridge to touch one of the Three Sisters, but that was cancelled after the train ride because going would make us late back to the city. Lastly or perhaps firstly, there was no attempt at any group experience even though this was a small group tour with 16 people. So when we got out on the hikes, at lunch, and on the train, we didn't know who was a member of our group or not - which is always helpful when you are trying to be sure you are keeping up with your group. A disappointment that could have been avoided.
Mehr erfahren

MaureenT227
Blue Mountains Eco Active Day Trip from Sydney | Okt 2019
Billy was an outstanding guide who was professional, knowledgeable of the aboriginal history and culture of the Blue Moutains and surrounding areas, and taught us many things about botany and ethnology. Fabulous walks!
Mehr erfahren

WKC555
Blue Mountains Tour and Sydney Harbour Cruise | Sep 2019
The price for an all day tour of the Blue Mountains (with a stop at Featherdale Wildlife Park) and a 2-hour cruise the next day is so worth it! Our guide Billy was wonderful. So much knowledge and such passion for this country/city and all the history he provided throughout the day was just a major bonus. Learned a lot about the indigenous tribes and their culture. The cruise was also amazing!!
Mehr erfahren

Climber53036599269
Blue Mountains Eco Active Day Trip from Sydney | Jul 2019
Our day trip in late June was the perfect time of year - winter there and it was cool in the 50s and low 60s all day, clear sunny day, perfect for hiking around in the mountains. Our guide, Jed, was funny and personable, friendly and helpful. Highly recommended.
Mehr erfahren

GoPlaces15190966496
Canberra Day Trip ex Sydney including Parliament House, Australian War Memorial | Jun 2019
This tour was very nice and made for a long day, we were in a comfortable bus with a small group, the sites we visited were beautiful and the tour guide was nice and knowledgeable. The driver was accommodating and instead of leaving me in central station due to Vivid Sydney , he was able to drop me off very close to my hotel and this was great after a long day.
Mehr erfahren

The best tour ever

1234CCG
Blue Mountains Eco Active Day Trip from Sydney | Jun 2019
Best tour guide ever too - very passionate about Sydney, history and about the mountains,eco-system etc. Very knowledgeable. We're a family of four with an 18 y.old and a young adult. The hike took us to breathtaking taking lookouts that you won't see on a regular bus tour and only be in the tourist area. Highly Recommended to everyone - maybe not young kids unless they are used to hiking. Thanks Billy!
Mehr erfahren

kellyliu65
Small-Group Hunter Valley Wine Tasting Tour from Sydney | Jun 2019
Our tour guide is very nice and professional, went to 3 wineries and saw some kangaroos, we had a great day
Mehr erfahren