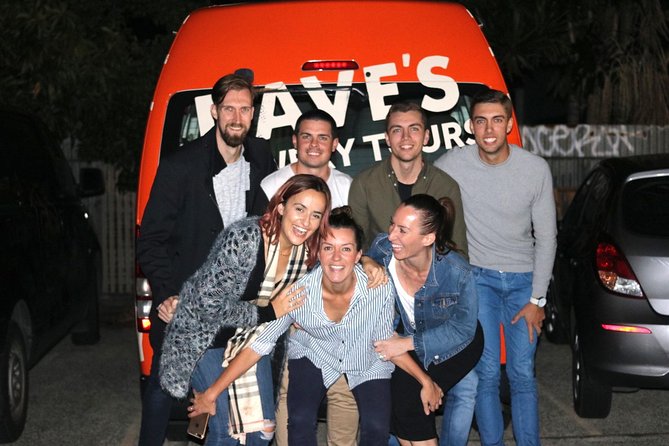 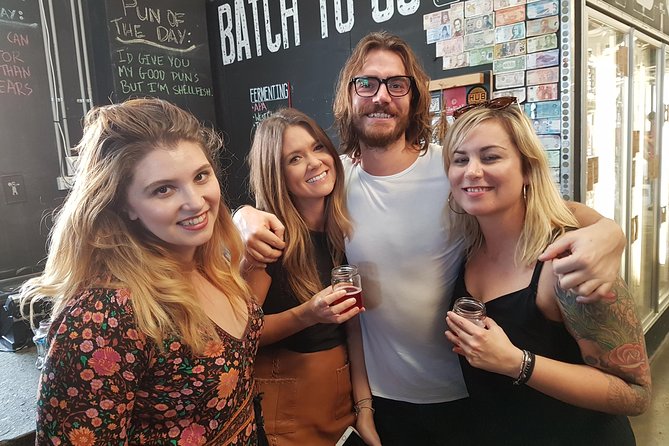 Cute tour, it just happened to be a...

Cute tour, it just happened to be a super hot summer day and we were all dying because none of the breweries had any air conditioning. We all arrived at 11am and hopped into a bus which took us to the breweries. At the first brewery our tour guide talked about the history of beer, what ingredients go into a beer, the history of Sydney in regards to making beer, and what type of beers are popular in Sydney. Then we tried a few beers 3-4 and talked about each type. After that we went into the brewery as they were making beer and she told us how the beer was made. We spent about 45min or so in the first brewery, then we headed to the next brewery which was stifling hot! We sat down and had 3-4 tasting of beers and talked about a variety of things from the history of the brewery, to the beers to Sydney, and everything else. We spent about 45 minutes at the second brewery. At the third brewery we sat outside and the tour guide ordered us each a pint of beer. I was on the tour alone so I found it to be a good way to talk to new people and meet some new people. Oddly enough everyone in my tour was from the USA! It was a fairly short tour, we were back by 3pm and the breweries were a bit of a drive from one another. All and all a fun 4 hours.

All three of us really enjoyed this...

All three of us really enjoyed this tour. Tom was our guide - it was obvious that he knew his stuff and that he had good relationships with the breweries. Tom was GREAT! We bought t-shirts and brew to bring home. Pick-up was in time. The transport was well maintained VERY CLEAN!