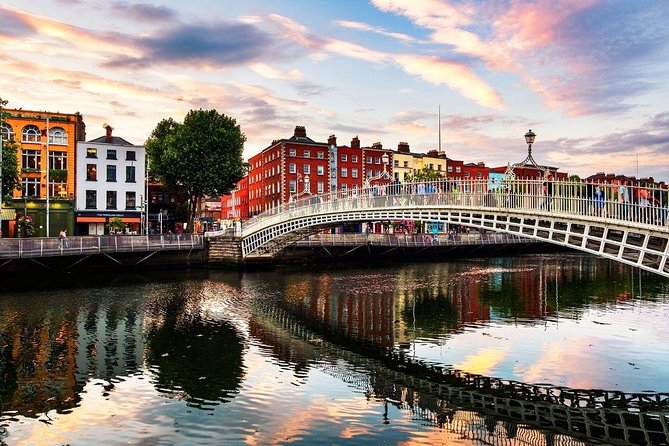 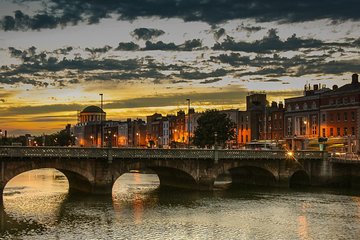 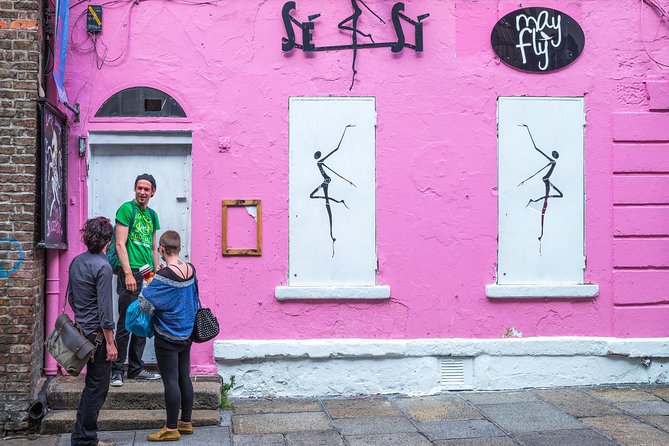 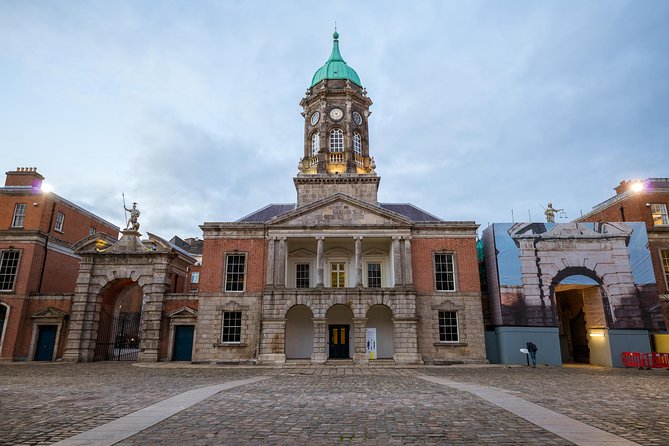 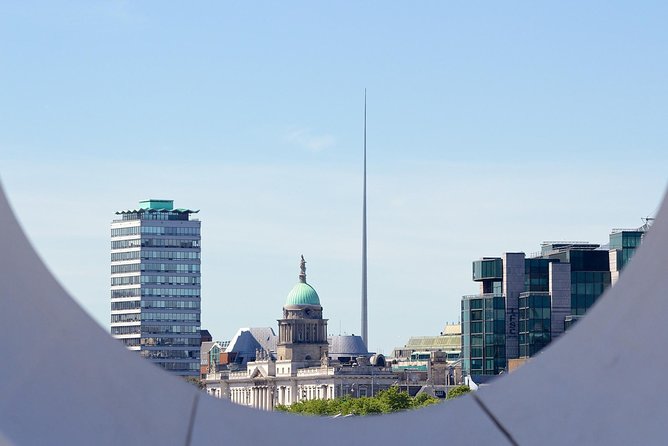 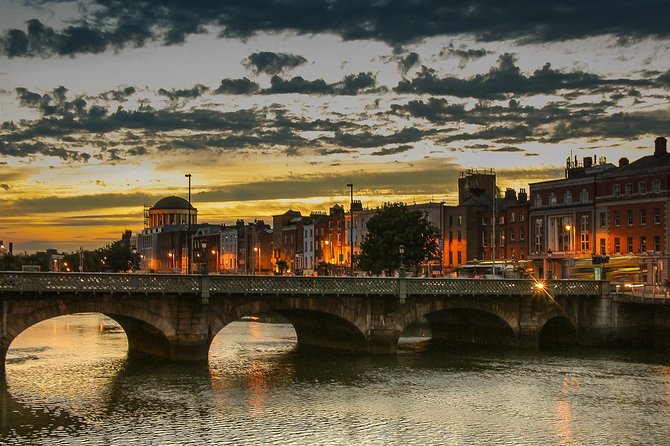 OnAir826631
The Irish pub experience | Okt 2019
Antonio was a great tour guide. We went to several great pubs and enjoyed a great dinner of fish and chips. We were on the Norwegian Spirit cruise ship so instead of using an Uber to travel from one pub area to another, we arranged a taxi to take us back to the ship after dinner which worked out fabulously.
Mehr erfahren

CHUCK S
The Irish pub experience | Sep 2019
Conor was a great host. Took us to the local pubs rather than the tourist pubs plus his history information on Dublin was very good. Would highly recommend this tour.
Mehr erfahren

Larry H
The Irish pub experience | Aug 2019
We booked this tour because it was suppose to go to a local pub (Rathmines area) and get away from the Temple Bar area and all of the tourist. This did not happen. We went to 3 pubs in the Temple Bar area, including "Temple Bar" itself. We explained to our hosts what our expectations were but they were not meet. We could have easily toured the Temple Bar area by our self.
Mehr erfahren

joernb766
Private 4-hour Dublin tour with a local host | Aug 2019
Our great guide, was well prepared, had his tour thought through based on given insights and expectations. Flexible to change and adjust on the spot and always could compliment a given story with more personal insights. Absolutely worthwhile the time.
Mehr erfahren

Larry H
The Irish pub experience | Jul 2019
This whole experience was a total scam. We met them in front of a bar and they ask us where we want to go, instead of this is what we have planned for you. They basically bought us three drinks each for $180.00. They had no clue as to where to take us. There was no itinerary at all and no reservations any where.
Mehr erfahren

Jeanneann12345
A half day in Dublin with a local private & personalized | Jun 2019
We got delayed by plane and changed our tour to the next day. We waited for 20 min then called the guide. He pulled a leg muscle and could not make it. Sounded legit but he never called the hotel! We went on our own and figured it out. Hopefully we get a refund without an issue bc the tour has been charged
Mehr erfahren

greggorski12
Private 4-hour Dublin tour with a local host | Jun 2019
Our guide was a college student which surprised us. Wondered how much knowledge she could share? However she was great! Very personable, born and raised in Dublin, so she was quite informative. We had an engaging 4 hours of history and fun. But to be clear this is a walking tour not a car ride tour and does not include any tour time at Dublin attractions. If you want to walk the streets of Dublin- about 4 miles- and get to see the culture, buildings and beauty of the city then this is time well spent. If you are seeking in depth information on castles and churches then buy a ticket for an actual tour.
Mehr erfahren

jameyandjaime
Private 4-hour Dublin tour with a local host | Mai 2019
I would fist like to say, we have done private tours in Paris, Amsterdam, London and Hamburg. So we knew what to expect. What we expected and what we got were no where close to the same. Our tour guide Ross, had emailed me a few days before the tour with what he thought we would like to do. No where on that list was, Temple Bar area, St. Patricks, Ha'Penny bridge... he spoke of where someone was executed, the Liberties, Dublin Castle and a couple of museums. In my return email I told him the places we would like to go (listed above) and that we were not interested in going into museums during our tour, that we would return on our own time if we wanted. The day of the tour, we received a phone call in our hotel saying that Ross' train had broken down and he would be 45 minutes to an hour late. No problem, things happen. Our group were down in the lobby waiting and saw him arrive by taxi. We start the tour and right away he changes directions on us and we go back the way we came because he realized St. Patricks was near our hotel. Once there is asked us a couple of puzzling questions and told us a little history. He never offered us to go inside. We then walked an hour to see where someone was executed. Then we walked down the other direction, just to turn around and walk back the direction we came. We did go to Christ Church and the Dublin wall where he sat down while we walked around. Any questions we asked it seemed like he had to look up on his phone. We ended up going to one of the museums and he highly suggested we go thru it. It seemed to us that he needed a break. After this time, we had all come to the conclusion that we no longer needed him as a tour guide. We had spent 3 hours walking in circles without learning a lot, besides where someone died. It seemed like he was struggling to keep the tour going, and that he would rather be somewhere else. Maybe he was hungover, we are not sure. We ended up letting him go an hour early. I truly hate to give a bad review but after having such great guides in previous cities, this one was highly disappointing.
Mehr erfahren

Companion87238
Private 4-hour Dublin tour with a local host | Mär 2019
The host was friendly and was willing to meet us at our hotel outside of old city and escort us in. She asked us for our input into what we would like to see and attempted to accommodate us. What she was truly lacking was experience as a host. While being a local her expressed knowledge of the area and history was not that good. We received a lot more information about the city from local experience cab drivers.
Mehr erfahren

Explorer34185301262
Private 4-hour Dublin tour with a local host | Mär 2019
The tour guide did not show. I called him after waiting 15 minutes and he said he had informed the company that he was not available. I sent a message to the company and have heard nothing so far.....
Mehr erfahren

Not exactly what I was expecting

mikaamma2018
Private 4-hour Dublin tour with a local host | Jul 2018
We met the guide in central Dublin. We were previously told that she was not a professional tour guide but that she was a knowledgeable local. As it turned out, she had lived in the area for only about a year or so and did not have a historical perspective on the city. Her knowledge was somewhat limited to the typical tourist spots and not so much about life in Dublin. She was very sweet and tried to be helpful but the
Mehr erfahren

Conor was awesome and really worked...

Conor was awesome and really worked with me on planning a great day in Dublin.

First off, we were still trying to...

First off, we were still trying to get details of our guide up to 24-48 hours before the date. Next our guide showed up 1/2 hour late. Jonathan had been in Dublin for about a year. He identified some buildings incorrectly. When we asked for restaurant advice, he said he couldnt remember the names or locations of places he liked. Although he arrived late, he did not extend the tour by the lost half hour. So we paid for the full time and got short changed in quantity and quality. I would NOT recommend this option to anyone!!!

Conor was an amazing guide for my...

Conor was an amazing guide for my tour. He met me right on time, listened to what I wanted to see and made excellent suggestions on other things that were very interesting. It is the only way to go when you have a short amount of time to see a lot of sites! Thanks and hats off to Conor