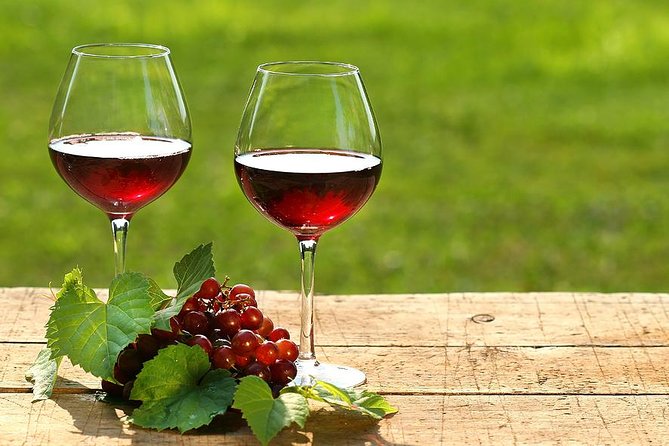 Voyager34803282274
Krka Waterfalls Day Trip from Makarska Riviera | Jun 2019
Picked up on time in minibus for 8 people, 1hr in trogir as described (could do with 1.5hrs to see all of town & go into fort & cathedral). Then onto falls, they were beautiful & well worth it! No tour as described but we prefer to go by our own steam, guide gave us a map & was very helpful. Over 3 hours spent at the falls which is plenty for the walk around skradinski buk where u r dropped. No time for anything else, u could spend days here for all boat trips & hikes.
Mehr erfahren

Would definitely recommend going to...

Would definitely recommend going to split the city is full of history!

Great trip lots to see and...

Great trip lots to see and do.
Good restautant in moster and of course hot weather

I am rating this a one star because the...

I am rating this a one star because the trip over to Mostar and back was literally terrifying. This is not so much because of the mountain road, itself, which is very narrow and windy, with an extremely steep vertical drop in many places, but because our mini bus driver was an extremely poor driver and was not driving it in a safe manner. He was very distracted, glancing over and down at the scenery continually, fetching his water bottle, crossing the centre line and most definitely travelling too fast for these road conditions. My husband and were literally terrified and we later found out that there was an alternate route via a tunnel just north of Makarska that joins up with a freeway and would have avoided much of this treacherous mountain pass. We had asked for a guide in Mostar and she was wonderful. When we got to Medugorje, however, the driver simply dropped us in the parking lot and told us what time to return. He was clearly 'disinterested' and waved his hands in the direction of the Cathedral, but gave no further direction or guidance. As a result, we wandered around trying to locate the famous hill, but set out in the wrong direction and by the time we realized how to get to it, we didn't have enough time. I understand that the driver could have, and probably should have, offered to drop us off there. My husband and I were so concerned about the driver's ability and obvious carelessness, we were dreading the return trip and actually considered hiring a taxi to take us the hour plus trip back to Makarska. My husband was formerly a police officer Canada and has spent many hours driving throughout his career. He was, in his words, terrified because of the reckless nature of this driver. We sat directly behind him and witnessed his lack of attention to the road and how he was continually distracted. This is why this tour ins not recommended and is rated a 'one star'