How to Spend 3 Days in Galway 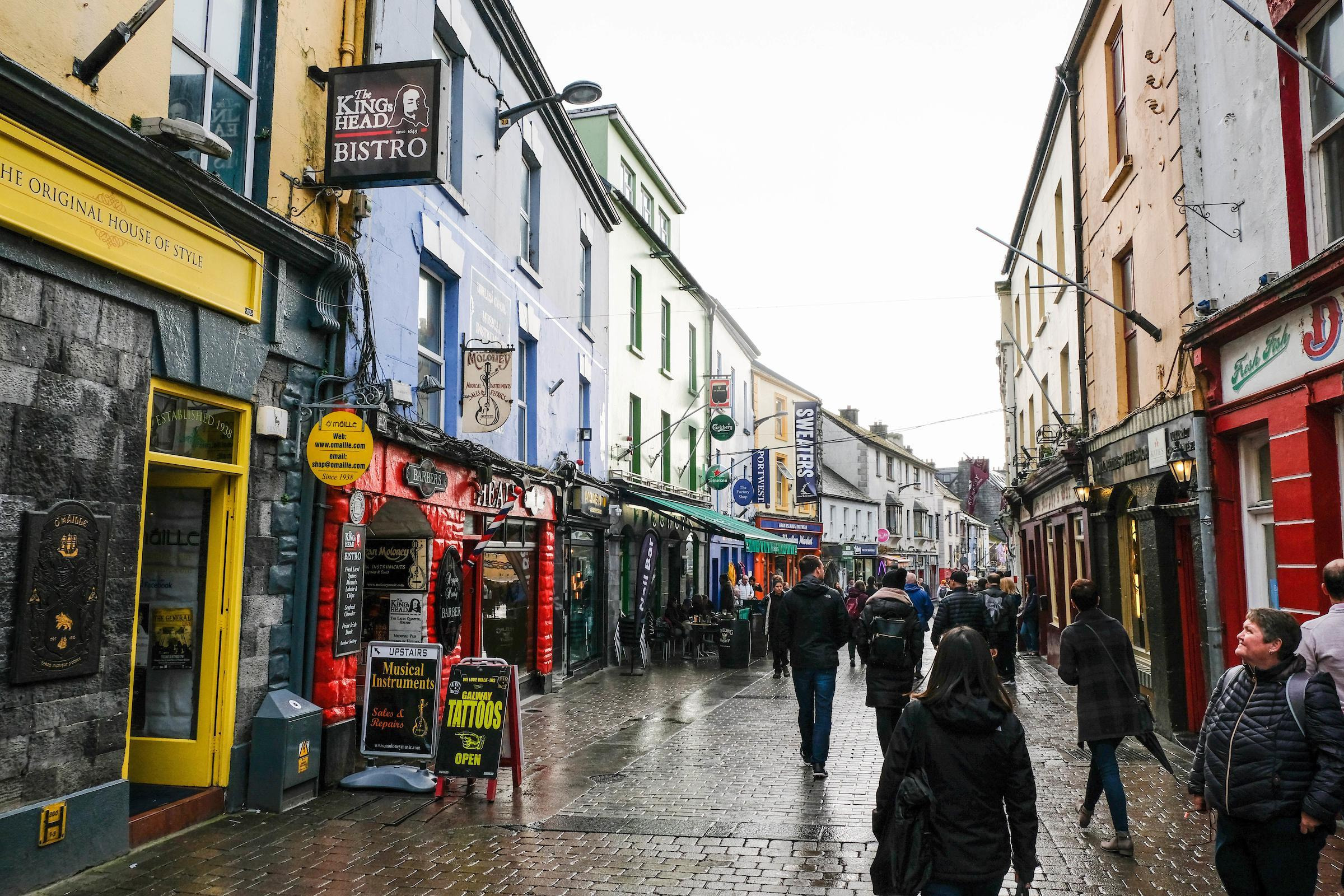 Three days in Galway allow you to explore the culture-filled city, as well as the wind-whipped surrounding countryside—home to some of Ireland’s most spectacular natural beauty spots, including the Cliffs of Moher and Connemara’s hills, bogs, and rocky peaks. Here’s how to squeeze the most out of 72 hours in Galway.

Dedicate day one to Galway City, a hub for arts, culture, dining, and nightlife. Stroll along pedestrianized Shop Street, the main shopping thoroughfare and a popular performing ground for buskers; see the 17th-century Browne Doorway at Eyre Square; and browse the Galway-themed exhibits at the Galway City Museum. The city center is fairly compact and can be easily navigated on foot, but other areas, such as the seaside resort of Salthill and the former fishing village of Claddagh, are a little farther afield, and are best reached by bike or hop-on hop-off tour bus.

Sightseeing is hungry work, so follow up your morning’s exploration with an afternoon food tour, on which you taste typical dishes and local artisan produce, from Irish stew to cheese. Sightsee a wee bit more, then finish up your day with a cultural show featuring traditional Irish music, dance, and songs.

Day 2: Visit the Cliffs of Moher

Just a 90-minute drive south of the city, in County Clare, are the Cliffs of Moher, one of Ireland’s most well-known natural attractions. Take a day trip here and hike along clifftop paths, cruise along the wave-battered base of the cliffs, and browse the exhibitions at the visitor center, which covers the birdlife, plants, and geology of the region.

Day trips departing from Galway City often split their time between the Cliffs of Moher and other area attractions, such as the Burren, a protected park known for its strange karst landscapes and unusual flora and fauna. Alternatively, choose a day tour that combines the Cliffs of Moher with the Aran Islands, a remote, wind-pummeled archipelago known for its scenic beauty and traditional rural culture. Back in the city, head to the Docks for a dinner of fresh seafood.

Extending west from Galway all the way to the Atlantic Coast, Connemara is known for its wild and rugged landscapes comprised of craggy shorelines, sandy beaches, vast bogs, sheep-peppered valleys, and the quartzite-clad peaks of the Twelve Bens mountain range.

There are many ways to discover Connemara. Join a guided sightseeing tour around heritage sights such as Ross Errilly Friary and Kylemore Abbey; embark on a self-guided hike through Connemara National Park; cruise to Inishturk Island off the coast of Mayo; or go horseback riding or sea kayaking. Gaelic culture tours, which visit the Irish-speaking communities of Connemara, are another popular option.

Upon return to the city, pull up a stool at a bar for some comforting pub grub—think hearty beef stew or battered Galway Bay cod. Stick around after dinner and you may catch a live trad music session.