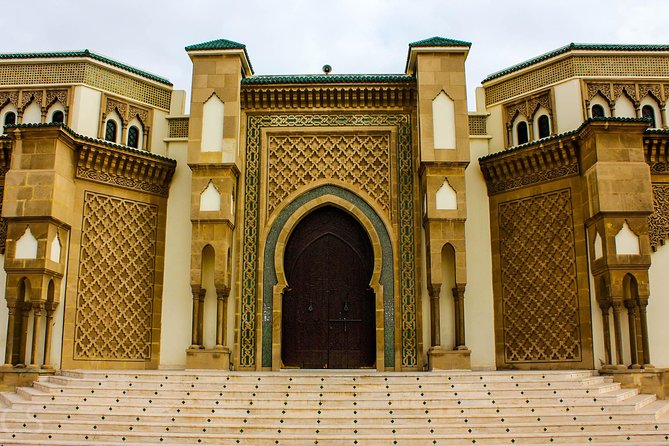 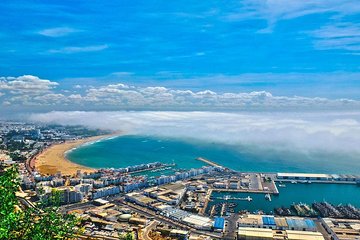 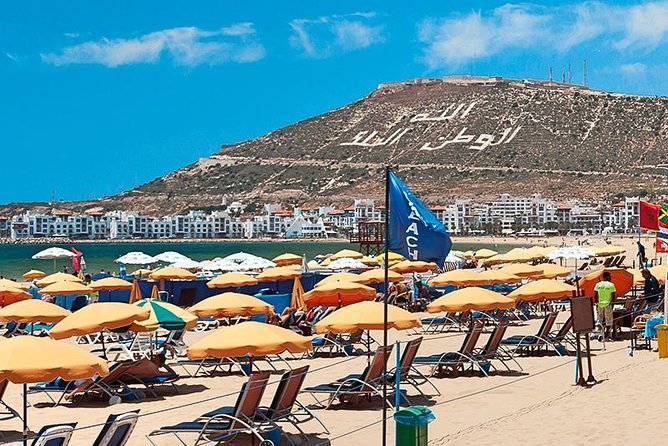 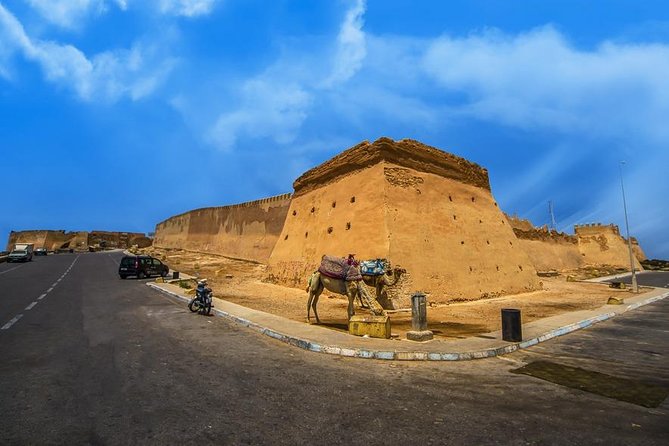 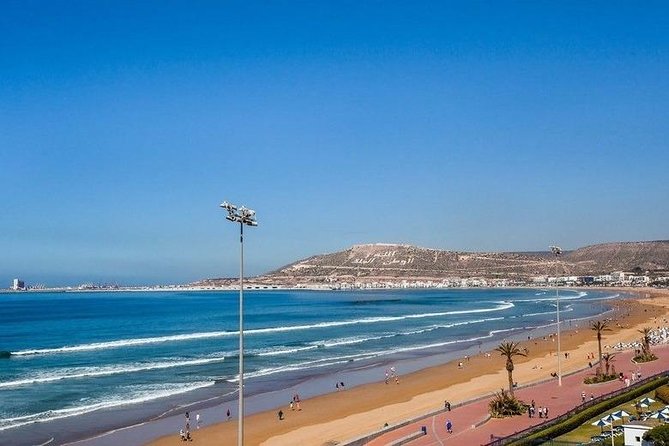 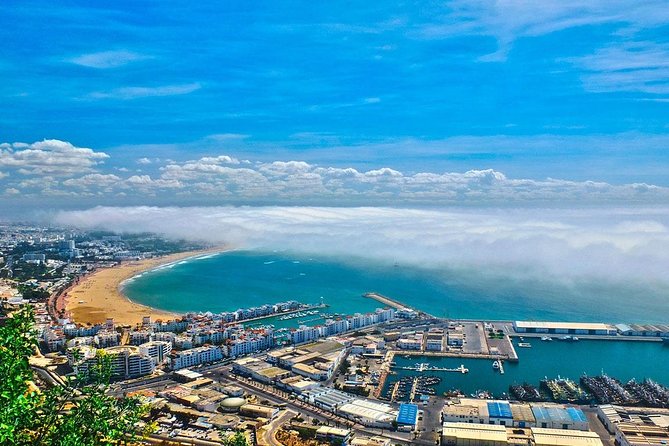 Trevor G
Marrakech Day trip from Agadir | Aug 2019
The driver was friendly and polite. Our tour guide in Marrakesh was very good and knowledgeable about the city and showed us all the relevant sites. He wasn’t however very open to help us with shopping or tell us the secrets on how to hagle . But in all a good trip
Mehr erfahren

Vincenzo G
Private transfer Agadir airport to Agadir city center | Jun 2019
Very nice and friendly driver. He was waiting for us at the airport exit. Everything was perfect. Thanks
Mehr erfahren

Amazing tour to Marrakech from Agadir...

Amazing tour to Marrakech from Agadir! Cannot recommend this tour enough! Comfortable air conditioned car for the journey. Really friendly and informative guide in Youssef! He was brilliant and tailored the tour to what we wanted to see in Marrakech! He always made sure we were safe and knew where we were going and what to look out for! Do this tour if you are in Agadir!

Very entertaining trip from Agadir to...

Very entertaining trip from Agadir to Marakech. Interesting city worth to visit. Our guide Youssef managed to show us as much as possible for one day. Thank you!

Nice experience. On the way stopped to...

Nice experience. On the way stopped to see the three climbing goats and one of the best local Argan Oil labs. Very happy with our guide Youssef. Learned a lot for Morocco now and in the past. Will visit again. Thank You.

8 of us did a wonderful tour out to this historic site. It was extremely hot that day but Mohamed make sure we had shade here and there. We went to a Berber village and had the most delightful lunch . We were not expecting this and we were pleasantly surprised at how wonderful the food tasted. Our host for the meal wanted to show us and oasis and off we went to see that and that was very nice as well. We would recommend this tour Highly. Believe it or not we even got to see the goats up in the trees eating the leaves off the argon tree. We thought this was a joke when our guide showed us the trees on our way for the tour. Well we did see it and all eight of us thoroughly enjoyed our God and our time in Morocco

Great trip. Driver was knowledgeable and left us feeling relaxed and like we had taken away a good amount of information.

What a scam. Of the 4ish hours we were there we spend 1.5hr hearing sales pitches from shops that obviously were going to give kickbacks to the tour guide company. Another 1hr was at a pre-determined lunch restaurant where we were expected to pay 29euro per person for a pre-fixed lunch tapas-like meal. Again, obviously the restaurant was going to give the operator a kickback. In total we only had roughly 20 minutes in the market. All the things people wanted to buy which were located in the market were the very same items the pre-identified shops were trying to sell us on but the market had the items as a much discounted price. Stay away from this operator.

This tour didn't remotely meet our...

This tour didn't remotely meet our expectations nor that advertised on the Viator site. Our tour included only the following:
. The drive and back to Marrakesh
. The minaret where we were dropped off and were told to look around it on our own and take some photos
. We were dropped off opposite the tombs and told to pay the entrance fee and meet our guide back outside a traditional pharmacy once we had looked around the tombs ourselves
. The pharmacy gave us a hard sell to buy their products
. We were told to go inside a craft shop on our own for them to sell us things
. Finally we were driven to the main square and were asked how much time we wanted to spend there before being driven back, we were encouraged not to stay too long as the drive back would take three hours.

In short, we didn't see the following: Majorelle Garden, Bahia Palace which should have been an absolute highlight and the Museum of Fine Arts IF Dar Said. Also we were not shown around the the souk of dyers, leather through the spices. We actually got lost trying to find our way around it ourselves. We did not get any sort of walking tour of the city or get to experience the aerial views - both mentioned as highlights in the tour description. To top it all off, the driver struggled to stay awake on the way back he actually had to get out of the car to splash himself with water, we didn't feel very safe.

We ended up writing a complaint to Viator as the tour was absolutely unacceptable given what was promised and what it actually delivered. However, Viator said they contacted the supplier, however, after three or four weeks all we got was a brushing off and lame excuses and most of our complaints weren't even addressed. Stay away from this tour and be aware when using Viator, they may be good normally but when things went wrong they failed us completely.

The driver never came to pick us up...

Our guide Youssef arrived at our hotel...

Our guide Youssef arrived at our hotel very promptly. We found him to be extremely knowledgable and friendly, and he was always on time.
The tour involved the guide taking us to various places mentioned, and we roamed it ourselves and came back at an agreed time.
I did not feel rushed at all, and Youssef was always on time to pick us up at the meeting points.

The journey was comfortable, with an air conditioned car and comfortable seats- and we felt safe with the car, and Youssef's driving.
Unfortunately we did not get to visit the Majorelle gardens and Museum, but i am sure if we were not so tired we would have done!

I would recommend this tour to anybody who wants a glimpse of how Marrakech is without the stress of getting lost!