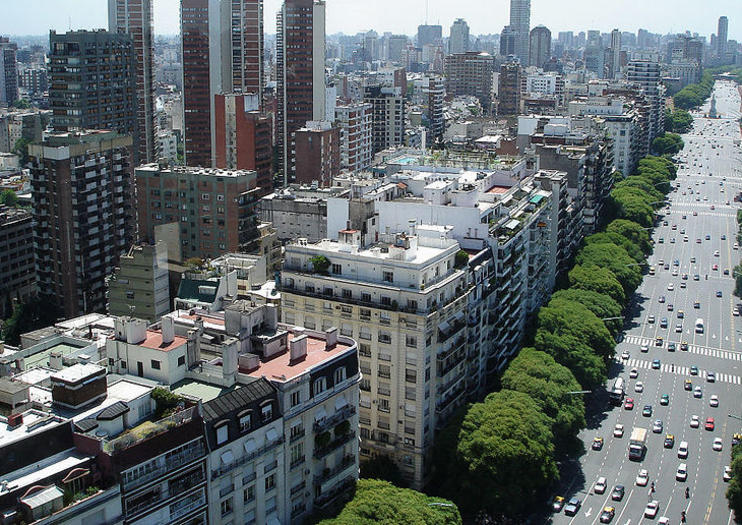 Old Palermo (Palermo Viejo), the old quarter of Buenos Aires’ largest barrio, is a popular destination where you’ll stroll past grand buildings and gardens. Drop into trendy cafés and fashion boutiques on Plaza Serrano, or unwind in the area’s many parks clustered around Avenue del Libertador.
The Basics
The Old Palermo (Palermo Viejo) neighborhood, with its cobbled streets and old Spanish architecture, ranks among the most popular districts in the Argentine capital. The area is divided into two sections: Palermo Soho with its upscale boutiques and trendy restaurants, and Palermo Hollywood, the quieter and slightly less refined half of the neighborhood.
Most city sightseeing tours pass through Palermo Viejo, including cycling tours that also visit Belgrano and Chinatown. You can also combine a walking tour of the area with a traditional Argentine asado (barbecue).
Things to Know Before You Go
How to Get There
The easiest way to get to Old Palermo (Palermo Viejo) is to take the Buenos Aires subway to one of the stops along Avenida Cabildo. It’s also within walking distance of Almagro, Retiro, and Recoleta.
When to Get There
The best time to visit Old Palermo (Palermo Viejo) depends largely on what you want to do. Come during the day to shop or have an alfresco lunch at a street-side cafe, or wait until after dark to experience the neighborhood’s vibrant nightlife. Come on the weekends to shop the markets at Plaza Serrano and Plaza Armenia.
Attractions in Palermo
Greater Palermo is the largest barrio in Buenos Aires, and it’s filled with things to do for just about every type of traveler. Stroll through the sprawling Botanical Gardens, see the collection of contemporary art at the Latin American Art Museum of Buenos Aires (MALBA), relax in Parque Tres de Febrero, or stop at the National Museum of Decorative Art.
Address: Plaza Palermo Viejo, Buenos Aires 1414, Argentina
Admission: Free
Read MoreShow Less

Clear all
Apply
Select Dates
Today
Tomorrow
Price & Deals
USD
USD
Time
Time of DayDuration
Rating
More
Did you know?You can reserve your spot today and pay when you're ready.
Learn more
Did you know?
You can reserve your spot today and pay when you're ready.Learn more
Reserve Now & Pay Later
We'll reserve your spot today, and you can cancel up to two days* before your experience without making a payment. Secure your spot with ease, stay flexible, and never miss out.
How it works
Find your experience
Choose the experience you want knowing you can secure your spot without being locked in.
Make a booking
Reserve now and pay later to secure your spot, commitment-free.
Choose when to pay
Come back to pay once your plans are set, or let auto-pay kick in two days* before your experience.
Enjoy your experience
Now you're all set! Have a great time.
Frequently Asked Questions  | Terms & Conditions
*Up to 9 days depending on the booking/product
Sort by:Featured
Featured
Traveller Rating
Price (Low to High)
Price (High to Low)
Duration (Short to Long)
Duration (Long to Short)
New on Viator

Best of Buenos Aires in 4 days

1
Avoid the hassle of advanced planning on a private city tour of Argentina’s vibrant capital. Follow a comprehensive itinerary, flexible to suit your requests, and discover landmarks including La Boca and Plaza de Mayo, with insights provided by your professional guide. Avoid the hassle of finding a meeting point with included hotel pickup and drop-off, and travel between dispersed highlights with ease via private vehicle.
...  More
From
USD110.00
From
USD110.00
Learn More

2
See the best of Buenos Aires on your own terms. Skip the stress of navigating public transit and relax as your private driver and guide chauffeurs you around the sprawling city in comfort. Stop for a traditional lunch at a landmark cafe, then spend the afternoon at your leisure before hitting the town for a night of tango at a renowned, intimate venue. Be absorbed in the passion of talented dancers and musicians while enjoying a classic Argentinian dinner with wine.
...  More
From
USD230.00
From
USD230.00
Learn More
Reserve Now & Pay Later
We'll reserve your spot today, and you can cancel up to two days* before your experience without making a payment. Secure your spot with ease, stay flexible, and never miss out.
How it works
Find your experience
Choose the experience you want knowing you can secure your spot without being locked in.
Make a booking
Reserve now and pay later to secure your spot, commitment-free.
Choose when to pay
Come back to pay once your plans are set, or let auto-pay kick in two days* before your experience.
Enjoy your experience
Now you're all set! Have a great time.
Frequently Asked Questions  | Terms & Conditions
*Up to 9 days depending on the booking/product
Reserve Now & Pay Later
Secure your must-do activities without being locked in
Learn More

In this tour you will see the different faces of “La Ciudad de la Furia”. We have designed this route starting in the Rio de la Plata, enjoying a marvelous sunset with a matchless view, acompanied by delicious drinks. You will see the interior of the Buenos Aires Port and it ́s activity, the Yatch Club Argentino, the old Hotel de los Inmigrantes, and the cruise port. After that we will tacke aroud the Obelisco, Avenida de Mayo, Plaza de Mayo, Palermo Soho and meny more places under the moonlight and the streetlights. Coming back to your city you ́ll be able to tell as an expert HOW THE NIGHT IN BUENOS AIRES LIVES. Also you will try the best craft beer made by Rabieta, know the BrewHouse in wich it ́s made, and discover the Hipodromo de Palermo. All those experiences in a SINGLE TOUR! Do not miss the opportunity to know the fantastic city of Buenos Aires on this unforgettable tour.
...  More
From
USD150.00
From
USD150.00
Learn More

An important thing to start your holidays in Buenos Aires is a private service transfer, without rushing or security problems. You will be staying in the most luxurious hotel in Buenos Aires- Faena hotel : full buffet breakfast every day- First tour: a private city tour We will be touring the most important places of Buenos Aires. At night you will be delighted by having dinner at the best Tango Show in Buenos Aires 'Rojo Tango'. On your second day with us you will start with a Delta Tour: In the navigation we will enter the Delta of Paraná, sighting small rivers and internal streams, the most wonderful and favorite places of our country. After the navigation When you arrive at the Puerto de Frutos you will have a free time that will allow you to travel at leisure and even make purchases. Best Asado experience dinner at EL FOGON restaurant and for the last night the oportunity to tour Buenos Aires at night with your own guide and driver. MINIMUN 2 PERSONS TO ACQUIRE THIS PACKAGE
...  More
From
USD1,850.00
From
USD1,850.00
Learn More

You will have a car at your disposal with driver and bilingual guide to take you around the city. The itinerary can be modified according to the preferences of passengers, our guide will evaluate the changes required to optimize the tour and carried out under the supervision of the agency. Passengers can stop and stay in each place they consider necessary time to take pictures and enjoy the scenery. passengers will be accompanied by the guide at all time to be present in every situation. Second service for this package: Rojo Tango dinner and show: The best show of Tango Buenos Aires, menu, wine , champagne and the best artists in the Country. The place is small, decorated as a cabaret of the 1900s, you will meet a live orchestra and great dancers. Artists who are part of these scenarios are great talents, both in tango and interpretation of each piece. Rojo Tango is the best without any doubt at representing the Tango history through its show.
...  More
From
USD360.00
From
USD360.00
Learn More

Get a completely personalized tour of Buenos Aires with a dedicated guide on this private excursion. You can work together with your guide to make an itinerary that focused on sites in which you are interested, staying as long as you like. Your guide will provide personalized attention and commentary tailored to you.
...  More
From
USD190.00
From
USD190.00
Learn More

Things to do near Buenos Aires