Welcome to Viator!
By creating an account, you agree to our Terms & Conditions and Privacy Policy.
We're creating your account. This may take a few seconds...
Account creation successful! Thank you.
Something went wrong. Please try again on the sign up page.
Questions? (888) 651-9785(888) 651-9785
When are you travelling?
Select Dates
Recommendations
All Recommendations
3 Days in Chennai: Suggested Itineraries
Temples and Churches of Chennai
Eating in Chennai
Family Friendly
Kollywood: Cinema in Chennai
How to Spend 2 Days in Chennai
Price
USD0
USD500+
Duration
Time of Day
RatingClear
Specials

How to Spend 2 Days in Chennai 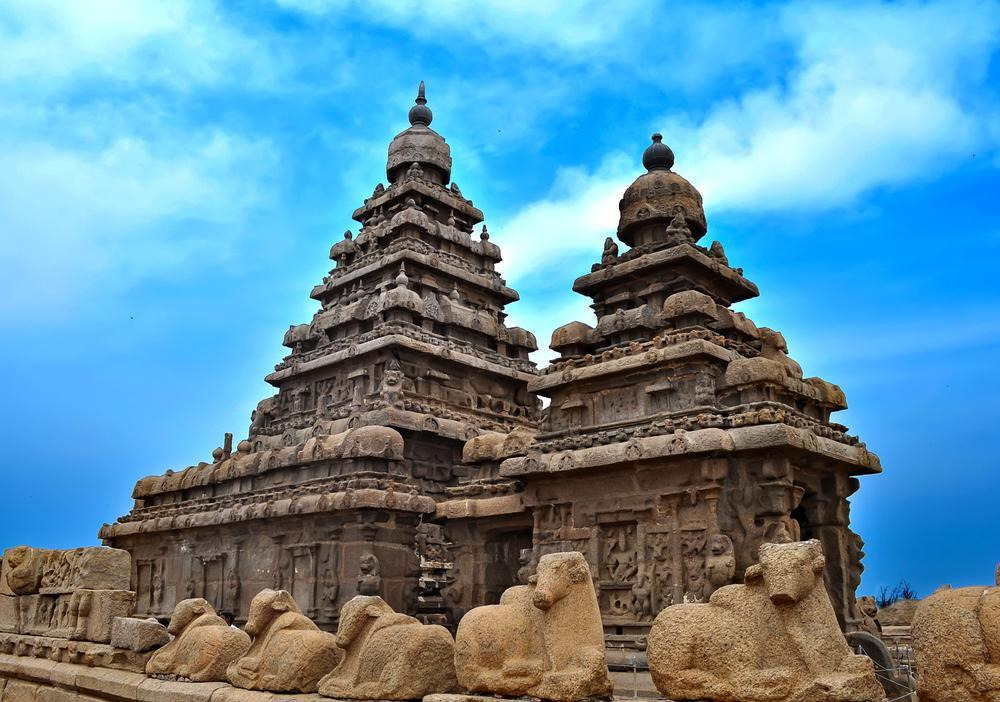 With two days in Chennai, not only will you have time to check out the city’s top attractions, but you can also head farther afield to explore some of the many beautifully preserved Pallava temples in the area. Here’s how.

Morning: Start your day off exploring Chennai’s spiritual side in the Mylapore neighborhood. Begin with an early morning visit to the Kapaleeshwar Temple, a colorful Dravidian-style temple built in the seventh century to honor Lord Shiva. Just next door is the Sao Thome Cathedral, dedicated to Saint Thomas the Apostle, a relic of whom is said to be housed here. Get a neighborhood overview and visit both on a small-group guided tour.

Afternoon: Spend your afternoon in George Town, a charming colonial neighborhood situated around the 17th-century Fort St. George, built by the East India Company. Area highlights include the fort itself, which houses a museum of colonial artifacts, and St. Mary's Church, the oldest British-built structure still standing in India.

Night: As the sun begins to set, make your way over to Marina Beach for a stroll, followed by dinner at a local restaurant. Top off your first night in Chennai with a nightcap at a local bar—quite a few are located just inland from the beach on Cathedral Road.

Morning: Get up early and head out to Kanchipuram, about a 90-minute drive from Chennai. The capital city of the Pallava dynasty, Kanchipuram is home to some of the most spectacular examples of Dravidian architecture in the region. Don't miss the Devarajaswami Temple, notable for its 96-pillar marriage hall. Arrange your own transport or hire a private guide/driver for convenience and a greater understanding of the site’s history.

Afternoon: In the afternoon, head out to Mahabalipuram (Mamallapuram), a temple complex dating back to the eighth century. Right on the beach overlooking the Bay of Bengal, this UNESCO World Heritage Site is particularly known for its intricately carved stone temples built under the Pallava dynasty.

Night: While you could head back to Chennai in the evening, it’s worth sticking around Mahabalipuram to watch the sun set. The temples are closed to visitors after dark, but the town is popular with foreign tourists, and there are plenty of little shops selling carved figurines and restaurants selling Indian and international fare.

4 Tours and Activities | All Chennai Tours

109
Explore Chennai's Mylapore neighborhood with a local guide and learn about the rituals of daily life, hear stories of gods and demons, and gain a deeper understanding of local customs and traditions. This popular walking tour showcases the highlights and the history of this incredible city and is not to be missed.
…More
From
USD25.13
From
USD25.13

Private Tour to Mahabalipuram from Chennai

16
Mahabalipuram is an ancient port town known for its 6th-century rock-cut temples, a UNESCO World Heritage site. Explore exquisite stone statues on this exclusive city tour, which gives an in-depth overview of sites like the famous Five Rathas, a set of Dravidian rock temples, and the Sea Shore Temple, an 8th-century granite shrine facing the Bay of Bengal. Round out the day with visits to DakshinaChitra, a “living museum” dedicated to showcasing South Indian culture, and the Madras Crocodile Bank.
…More
From
USD45.00
Price varies by group size
From
USD45.00
Price varies by group size

58
See the eclectic marketplaces and colorful bazaars on this memorable walking tour of Chennai. Explore George Town and uncover the stories of daily life and local people as you listen to your friendly local guide share historical legends and old folklore. You'll navigate the crowded markets and narrow lanes as you experience the life of a local on this interactive and engaging tour that's not to be missed.
…More
From
USD25.13
From
USD25.13

5
First time in Chennai? Make the most of a private guide and flexible itinerary on this 4-hour sightseeing tour. Unveil the secrets of Chennai’s rich history and heritage as you tour the fascinating Government Museum and admire the 17th-century Fort St George. Then, keep your camera poised as you drive along the scenic Marina Beach and visit the stunning Kapaleeshwar Temple.
…More
From
USD84.62
Price varies by group size
From
USD84.62
Price varies by group size