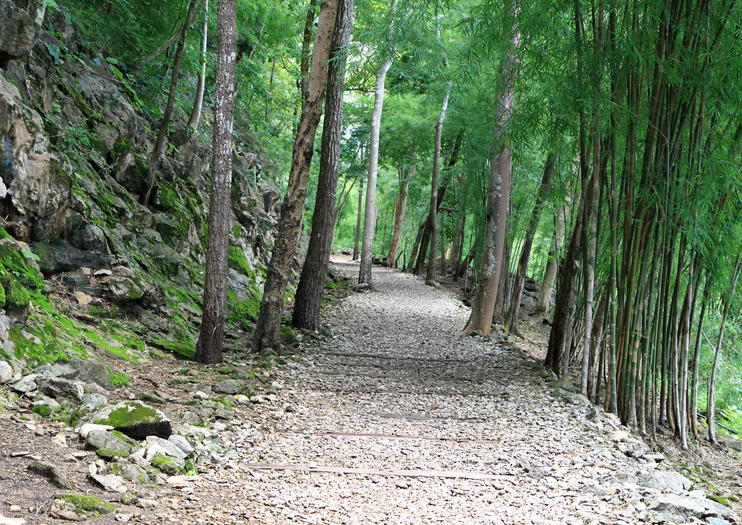 The Hellfire Pass segment of the Burma-Thailand railway cuts through the Tenasserim Hills in western Thailand and became infamous during the World War II construction of the railway by Allied POWS, who suffered high casualty rates. The laborers had particular difficulty due to to isolation of the hills, the amount of rock that needed to be carved out and the lack of proper equipment.

The nearby Hellfire Pass Memorial Museum was dedicated in 1998 to those who died constructing the railway. It discusses the hardships of the prisoners and contains a walking trail following the original pass accompanied by an audio guided tour and informative panels along the way.

Although the rail has stopped running to this particular area, it can be accessed from the Nam Tok Sai Yok Noi railway station, and most visitors take a day trip to see the Hellfire Pass from the nearby town of Kanchanaburi.
Address: Bangkok, Thailand
Read MoreShow Less

Things to do near Kanchanaburi