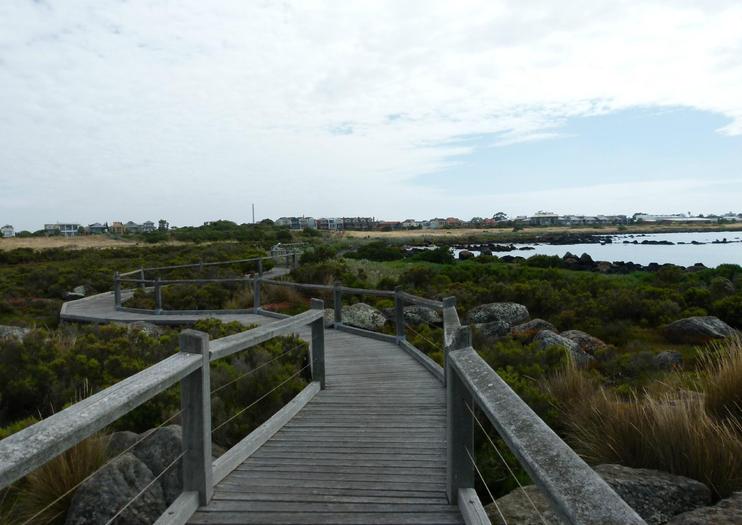 Williamstown is a historic port village at the mouth of Melbourne’s Yarra River. The town has rich colonial history and makes a charming Sunday excursion from the city.

Melbourne’s original sea port is characterised with heritage landmarks that have endured more than 150 years on the salty edge of Hobsons Bay and Port Phillip Bay. The Old Morgue is made of bluestone and was built by convicts in 1859. The Timeball Tower at Point Gellibrand was built in 1855 as a lighthouse and timeball, and continues to keep time today. The Mechanics Institute built in 1860 now houses the Williamstown Historic Society and is open to the public every Sunday between noon and 4pm.

Williamstown is also a scenic spot for a walk along the promenade, some fish and chips by the pier and a view of the Melbourne city skyline. Finer dining and boutique browsing amongst Williamstown’s beautiful old buildings is another appealing way to spend an afternoon.

Complement your Williamstown adventure with a cruise down the Yarra from Melbourne. Boats regularly depart from Southgate and St Kilda, and take you to Gem Pier in Williamstown. The one-way journey will take about an hour and cost adults under $30, and less for concession holders and children.

You can also take a train on the Williamstown line from Flinders Street Station or Southern Cross Station. Note that there are stations at North Williamstown, Williamstown Beach and Williamstown; Williamstown Station is the closest to Gem Pier and Point Gellibrand.
Address: Australia
Read MoreShow Less

0 Tours and Activities to Experience Williamstown