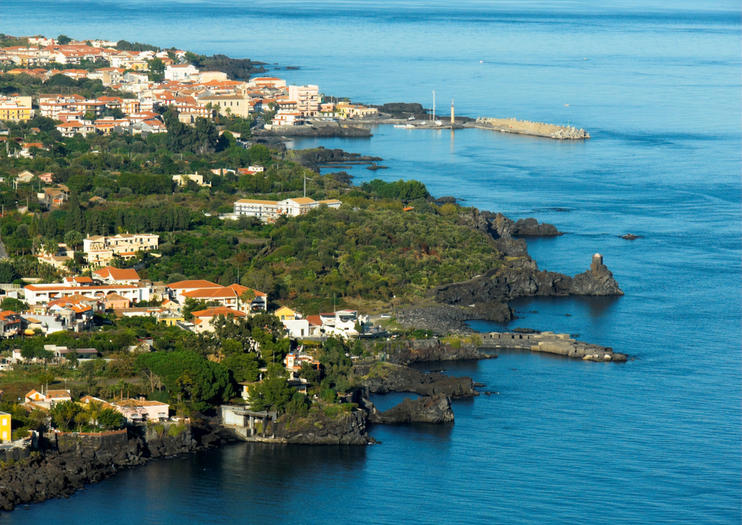 In addition to larger and more famous cities and towns on Sicily’s eastern coast - like Catania, Taormina, and Syracuse - there are several notable towns that may not be on your radar but are excellent bases for exploring the area. One of these cities is Acireale, which sits at the base of Mount Etna, not far from Catania.

Attractions in Acireale include a number of beautiful churches (one of which is in the famous Sicilian Baroque style) and several public parks and gardens. One of the parks overlooks the sea, giving visitors the lovely combination of being surrounded by a nature reserve and having glorious views of the water.

Acireale is a mid-sized city, but compared to nearby popular destinations like Taormina it may feel a bit further away from the tourist crowds, even in the summer. The time when Acireale will feel like the entire planet has arrived is during the city’s annual Carnival celebrations.

Carnival - or "Carnevale" in Italian - occurs each year right before Lent. The exact dates change every year, but it usually happens during mid-to-late February or early March. You've probably heard of the elaborate costumes of the Venice Carnival, but Acireale’s contributions to the Carnival season are larger than life: floats adorned with enormous and colorful allegorical characters parade through the city. There are often more than 10 days of festivities, including parades for children in costume, musical performances and fireworks.

The Carnival parades have proved so popular that Acireale stages "summer carnival parades," too, so check the schedule of events for the time when you’ll be visiting the area.
Address: Sicily, Italy, Italy
Read MoreShow Less

0 Tours and Activities to Experience Acireale

Things to do near Sicily