Welcome to Viator!
By creating an account, you agree to our Terms & Conditions and Privacy Policy.
We're creating your account. This may take a few seconds...
Account creation successful! Thank you.
Something went wrong. Please try again on the sign up page.
Questions? (888) 651-9785(888) 651-9785
When are you travelling?
Select Dates
Recommendations
All Recommendations
City Sightseeing Tours in Asia & the Pacific
How to Spend 3 Days in Singapore
Where to Find Wildlife in Singapore
Guide to Singapore's Hawker Centers
How to Experience iLight Marina Bay in Singapore
How to Spend 2 Days in Singapore
World War II Monuments in Singapore
Price
USD0
USD500+
Duration
Time of Day
RatingClear
Specials 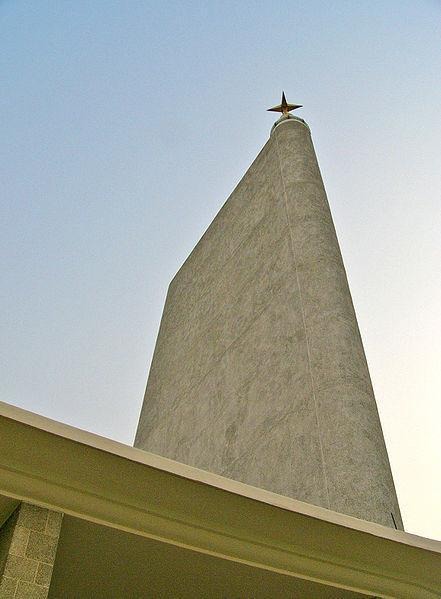 You find numerous World War II sites and memorials in Singapore, all of which serve as a poignant testament to the Japanese occupation of the country from 1942 to 1945. To learn about Singapore’s wartime history, here are a few key locations to visit.

This old Ford Motor Company manufacturing plant served a base for the Royal Air Force to assemble fighter planes until 1942, when it was seized by Japanese forces. It’s also the site where the British surrendered to the Japanese—the largest surrender of British-led forces in history. Today, the Former Ford Factory houses a permanent exhibition on the war and its legacy in Singapore.

British forces in Singapore made the difficult decision to surrender the island to the Japanese at their army barracks atop Fort Canning Hill. Now a sprawling park, the site also hosts a small museum where you can learn about Battlebox, the former British underground command center.

During the occupation of Singapore, the Japanese built several prisoner-of-war camps here, now memorialized along the Changi WWII Trail. Monuments of interest include the Changi Prison Chapel (a replica of one built by POWs during the war), the Sook Ching Memorial Monument commemorating a massacre of Chinese males by Japanese secret police, and the Changi Prison Museum with its collection of drawings, sketches, and photographs of life inside the war camps.

Situated in Northern Singapore, the Kranji War Memorial honors the men and women of the Commonwealth who lost their lives fighting in World War II. The serene hillside cemetery houses more than 4,400 white gravestones in neat rows, as well as a hilltop memorial bearing the names of 24,346 Allied soldiers killed in the line of duty with no known graves.

2 Tours and Activities | All Singapore Tours

2
Visitors enamored with Singapore’s green urban spaces and burgeoning food scene can often travel through the city without learning about its past. This private tour brings Singapore’s emotional World War II history to life. You’ll visit historical sites with a driver-guide to learn about the Fall of Singapore, when the Japanese Empire invaded the British stronghold. Visit underground bunkers, listen to war-time strategy stories, and stop at museums and monuments where guided tours are available. The tour includes lunch that recreates WW2 refugee meals.
…More
From
USD637.32
per group
From
USD637.32
per group

18
History buffs can enjoy spending 6 hours touring Singapore's significant World War II historical sites. On this private tour, you'll learn about the country's role in WWII, stopping at various museums and monuments, where local guided tours are available (admission at own expense). Hotel pickup and drop-off in a private vehicle included.
…More
From
USD353.36
per group
From
USD353.36
per group