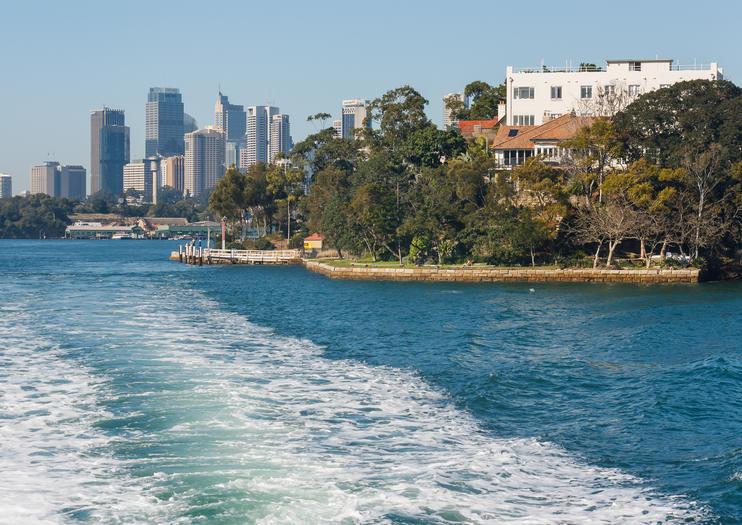 This rocky 13-hectare island in the heart of Port Jackson is as rich in history as it is in sandstone. Once home to an explosives store and later a convict stockade, Goat Island has housed the Sydney Water Police and even served as a film set. What originally served as a destination for some of the nation’s biggest criminals (who were forced to labor in the massive quarries), is now part of Sydney Harbour National Park.

Popular walking tours guide travelers around this much-storied island, with stops at the Queens powder magazine (where ammunition was once stored) and at the old convict quarry and sleeping quarters. Learn about life on Goat Island, the punishments endured by prisoners and their attempts to escape.

Travelers can take the Sydney and Matilda ferries to Goat Island or join a historic walking tour. Be sure to pack a camera, since views from Goat Island are some of the best in Sydney Harbour.
Address: Goat Island Sydney Harbour National Park, Sydney, New South Wales, Australia
Read MoreShow Less

6
Get a peak into Australia’s dark past with a guided tour of Goat Island. Visit this convict stockade-turned-national park with an informative local guide and take an entertaining walking tour. Enjoy a cruise through Sydney Harbor, eat a delicious champagne lunch, and explore the country’s history as a penal colony—all on one fun and fascinating excursion.
…More
From
USD62.36
From
USD62.36
Hand sanitiser available to travellers and staff
Social distancing enforced throughout experience
Regularly sanitised high-traffic areas
Learn More
Taking safety measures

Kayak to Goat Island in Sydney Harbour with Local

88
Get up close and personal with Sydney’s iconic harbor on this sea kayak adventure led by a professional photographer. Setting out from Blackwattle Bay, pose for photos in midwater, framed by Sydney Harbour Bridge, then land on rarely visited Goat Island (Memel) and discover its fascinating history as you look for wildlife. Your tour includes all necessary gear, from lifejacket and paddling gloves to water shoes, hat, and even sunscreen.
…More
From
USD101.20
From
USD101.20
Hand sanitiser available to travellers and staff
Regularly sanitised high-traffic areas
Gear/equipment sanitised between use
Learn More
Taking safety measures

Things to do near Sydney