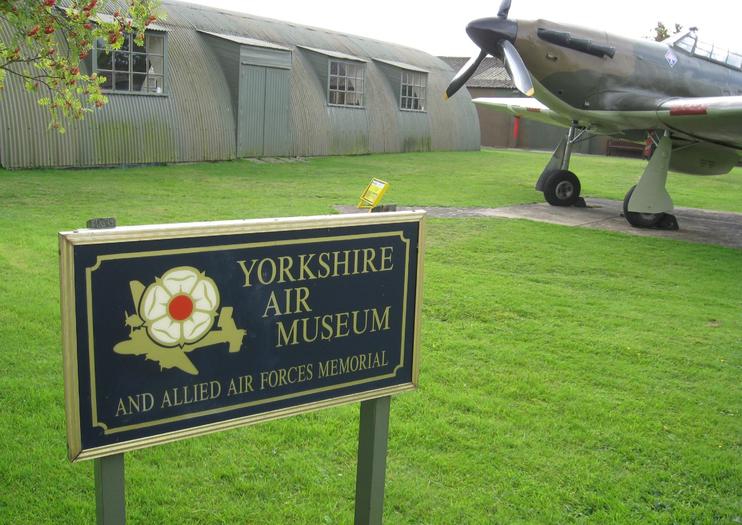 With its impressive collection of aircrafts the Yorkshire Air Museum and Allied Air Forces Memorial is a must for aviation enthusiasts, located on the old RAF base and WWII bomber command station of Elvington. More than 40 aircrafts are on display at the museum, including highlights like a rare 'Friday the 13th' Halifax bomber, the UK’s only Dassault Mirage Mk.III, an early Avro Anson, and others including a Lightning F6, a Victor K2 and a Nimrod MR2.
As well as housing some of Britain’s most impressive historic aircrafts, the Yorkshire Air Museum features a series of exhibitions chronicling the history of aviation and the role of the RAF during the Second World War. Visitors can learn about life on a wartime bomber station, and admire the collection of RAF uniforms, weapons, and memorabilia, while kids can peek into the wartime control tower, hide out in camouflaged huts, and climb up into the cockpits of Canberra and Jet Provost airplanes.

41
Ideal for travelers looking for the flexibility to determine their own itinerary, the York Pass provides access to a number of the region’s top attractions, including The Deep, Beningbrough Hall, and more. Don’t worry about buying individual admission tickets; instead, use the convenient and hassle-free York Pass to save time on the day, allowing you more time to enjoy the sights.
...  More
From
USD63.80
From
USD63.80
Learn More

Things to do near York