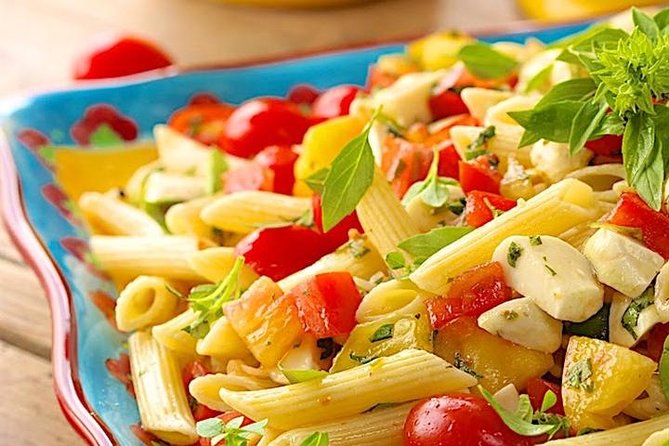 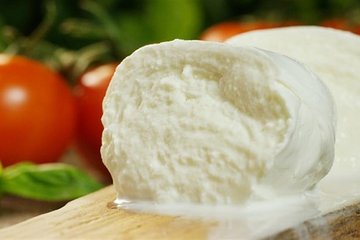 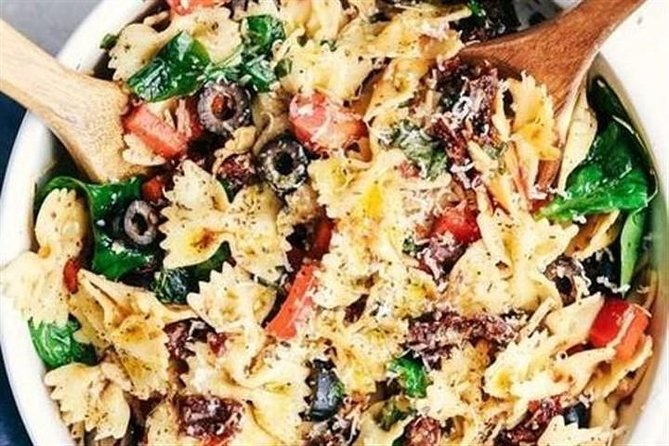 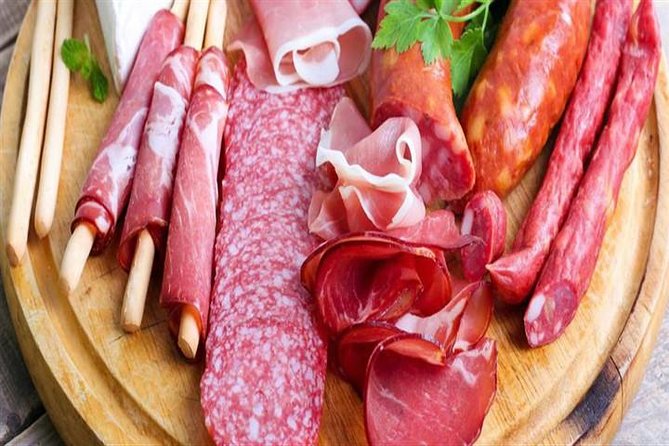 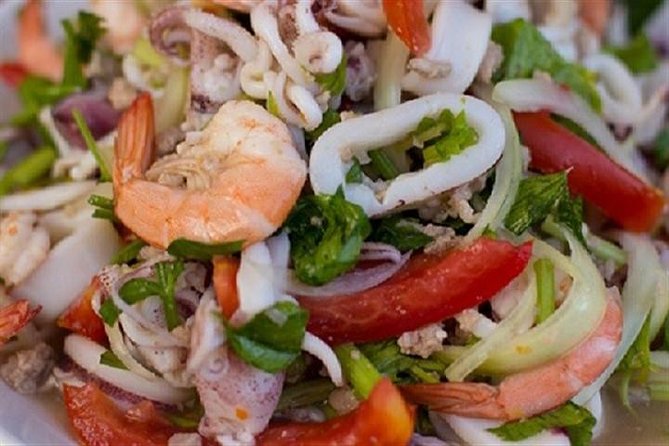 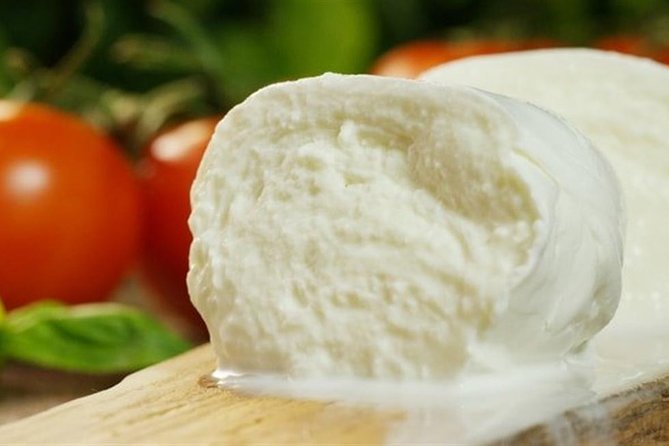 Enjoy a gourmet meal at your hotel, in the park, on the Spanish Steps, or any other location in Rome with the purchase of a special box lunch. It’s the perfect option for travelers who want to skip the tourist trap restaurants and enjoy a meal where they feel most comfortable. The lunch is prepared in the home of a local chef using fresh ingredients and traditional recipes from the Villa Borghese.

This experience doesn't have reviews yet, but see what other travellers said about the provider.

Maria U
Luxury panoramic night tour of Rome | Jul 2019
If I could give this 0 stars, I would. Repeated calls and emails were left unanswered. Even asked Viator to try and contact them and they were unsuccessful. Had scheduled this on the first night to give us overall feel for the area.
...Read more

Thomas P
Day trip to Assisi and Orvieto from Rome | Jun 2019
One of the major reasons my wife and I went earlier to Italy than our traveling companions was to take a side visit to Assisi, which we missed on our last Italy trip because of a scheduling issue. The day before our trip, I confirmed with Viator. Little did I know I was talking to someone God only knows, certainly not in Italy. We were told our pick up would be from our hotel between 7;00 and &:7:30 am. We were in our hotel lobby at 6:50 am. By 7:30. we were still waiting. I called the Viator. I was told, "maybe the driver is stuck in traffic." The Viator agent said, "why don't you send an email. An email?? at the time of pick up! I had sent an email before I left the United States the previous week and got a bounce back email. I was suspicious then. Long story, we waited until 9:30. No driver. No message. Our planned full day to Assisi and Orvieto was ruined. I will never use this operation again. Shame on TripAdvisor, who I understands owns this company.
...Read more

Did not show up on time. we requested refund, they refused it.

Fearless17852682104
Private transfer from Hotel in Rome to the Fco or Cpo airports | Jun 2019
We asked that pick up be at 6:30 am and have an email from Viator confirming the pick up time. We called numerous times that morning and they did not show up. We had to arrange a our own last minute taxi. At very least, we requested a refund but Viator refused to even do that. Their customer service is terrible.
...Read more

Curiosity754645
Eiffel tower with audio guide and PRIORITY ACCESS | Jun 2019
Tour operator was a no show Never returned my emails nor my calls nor those from Viator Still waiting for me over $400 refund
...Read more

mkfederico
Day trip to Assisi and Orvieto from Rome | Jun 2019
We waited for two hours 6:00am - 8:00am Driver never showed up at our Airbnb. Did not answer calls or respond to our emails after all details of our address had been confirmed.
...Read more

don't go with this tour

Go61410002849
Day trip to Assisi and Orvieto from Rome | Jun 2019
I paid and confirmed with this tour 3 wks ago before departure. The company emailed me the day before of our tour about my pick up location which I responded. we waited from 7 to 10AM for driver to pick us up and no one showed up. I emailed and called viator and called million times on the tour company with no answer. No explanation and no advisories. I demanded a refund and was very disappointed. They wasted my time and this kind of tour company does not have to be contracted with viator which has a good reputation. They need to be blacklisted!!!
...Read more

Never got the information I needed

K S
Louvre Museum Guided tour with priority access | Jun 2019
Be careful when you book this trip. I never received the correct information with a ticket and meeting instructions. Customer service phone and email were no help. I haven't gotten word of my refund. So disappointing to miss the Louvre during my trip.
...Read more

mkfederico
Day trip to Assisi and Orvieto from Rome | Jun 2019
After confirming and sending our vacation address, the driver never posted and didn't answer our phone calls We woke up at 6:00am for a 7:00am pickup and waited til 8 Our day was ruined
...Read more

Paradise04526990282
Full-Day Guided Excursion to Florence and Pisa from Rome | Jun 2019
I texted the supplier to confirm the pick up time. They told me at 7 a.m. but no one showed up. No one ever called, I contacted them myself. No other instructions given about any other changes. I called 15 times, no one pick up the phone either. They are now saying that i did not follow instruction and missed the tour myself. I booked another tour with another provider and everything turned out perfect, just like what they promise. Beware of this.
...Read more

trisa2017
Pompeii and Amalfi coast from Rome | Jun 2019
Ruined our trip in Italy. We waited 2+ hours and the tour guide never showed up to our hotel. Tried to contact them, but no one answered the phone. Had to call Viator and they tried to contact them as well and said they’ll get back to us. Never did. Had to call Viator yet again to help, but wasn’t as much help. Now waiting for a refund for the tour guide not even showing up. Not even sure if we’re going to be getting our refund back when it wasn’t our fault.
...Read more

Vacation45760262356
Pompeii and Amalfi coast from Rome | Jun 2019
Unprofessional Provider, failed to pickup, did not answer calls from the schedule time of 7:00am to 9:00 am, then blatantly lies that they spoke to the hotel and refusea to refund $715.00 for their failure to provide the service
...Read more

Alessandro was the best!

Prettymomma69
Pompeii and Amalfi coast from Rome | Jun 2019
Can’t say enough about how pleased we were with our tour guide Alessandro! He was awesome! The tour was phenomenal!
...Read more

Roam06299279053
Full-Day Guided Excursion to Florence and Pisa from Rome | Jun 2019
Viator is just the booking agency, the travel company is local and varies based on who Viator books for your travel. unfortunately, we got the worst. We were promised a luxury bus for the trip. What arrived was tiny van with non functioning air-conditioning and torn seats. The van was packed with 9 people. In 85 degree weather, the windows of the van were not the ones you could open which made for a rather stuffy expeirence. It was a nightmare - we got off the van after 45 min. and decided to make our way back to the hotel. The guide on the van said we should call our booking agency to discuss alternatives. Viator instead of addressing our concerns asked whether we wanted to book another trip for the day! Of course no refunds - we lost one day in our overall Italy travel plans and Florence and Pisa were missed. Hopefully this helps other unwary trusting travelers to confirm exactly the experience they can expect.
...Read more

Odyssey63539977080
Pompeii and Amalfi coast from Rome | Jun 2019
I waited for over an hour, and they never showed up. The concierege called the phone number listed, and no one answered. It's a Fake tour company to rip off tourists, and now I have to wait for my refund. You ate better off taking yourself on the red train to napoli central, then the subway to Pompeii Archeological Scavi. Do not get a tour guide! They just make stuff up and charge 12 euro a person.
...Read more

Worst Experience I’ve ever had

Jared K
Pompeii and Amalfi coast from Rome | Jun 2019
To start off nobody in this office speaks fluent English or can process a request. The day before I called and confirmed our booking. The next morning nobody showed up. I was unable to get in contact of front office so I messaged them on what’sapp. I saw that they were reading my messages and not responding. After calling headquarters they said we were rescheduled for the next day. The guide showed up but was one seat short for our party. So he then left and the front desk said sorry but it was never in writing that it was a three person reservation. After hanging up the phone they never picked up. Save yourself the brain damage and avoid ruining your vacation. Book with any other agency. Viator is absolutely horrific.
...Read more
|
Reserve Now & Pay Later
We'll reserve your spot today, and you can cancel up to two days before your experience without making a payment. Secure your spot with ease, stay flexible, and never miss out.
How it works
Find your experience
Choose the experience you want knowing you can secure your spot without being locked in.
Make a booking
Reserve now and pay later to secure your spot, commitment-free.
Choose when to pay
Come back to pay once your plans are set, or let auto-pay kick in two days before your experience.
Enjoy your experience
Now you're all set! Have a great time.
Frequently Asked Questions  | Terms & Conditions
Reserve Now & Pay Later
Secure your must-do activities without being locked in
Learn More