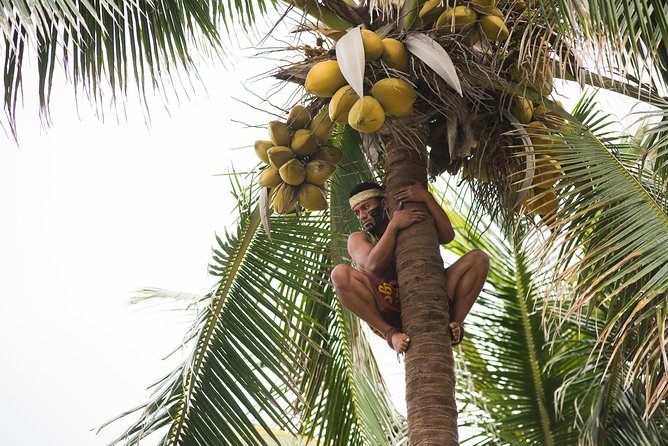 If you’re not planning a stay on Oahu, you can still experience the history of Pearl Harbor and Honolulu on a day trip from the Big Island. Here’s what you need to know for an island-hopping adventure, from World War II memorials to Waimea Bay.

Set foot on one of the nation’s most hallowed military history sites on a Pearl Harbor tour from the Big Island. At the location of the Japanese attack that launched the United States into World War II, pay tribute to fallen soldiers at the USSArizona Memorial, floating above the sunken battleshipArizona, and walk the decks of the USSMissouri, where Japan surrendered to the Allies in 1945. Delve into the details of the attack at the Pearl Harbor Visitor Center.

See even more of Hawaii’s most populous island on a combo tour that combines a visit to Pearl Harbor with other Oahu highlights. Take a spin through downtown Honolulu with a tour guide to see landmarks like the King Kamehameha I statue, Kawaiahao Church, Iolani Palace (the only royal palace on American soil), and the National Memorial Cemetery of the Pacific. Check out the supersized scenery of the island’s North Shore, including Pali Lookout and Waimea Bay, home to some of Hawaii’s most epic big-wave surfing.

1 Tours and Activities | All Big Island of Hawaii Tours

Oahu Day Trip to Pearl Harbor from the Big Island

73
On this day trip from the Big Island to Oahu and Pearl Harbor, experience the site of the Japanese attack that shook an entire nation, and stand in the spot on the USS 'Missouri' where the Japanese eventually surrendered. You’ll later experience historic sites in downtown Honolulu, from the gorgeous Westminster Abbey of the Pacific to America’s only royal palace. This moving Pearl Harbor tour from Kona concludes with a visit to Punchbowl Cemetery before heading back to the Big Island that night.
…More
From
US$532.80
From
US$532.80
Face masks required for guides in public areas
Hand sanitizer available to travelers and staff
Regularly sanitized high-traffic areas
Learn More
Taking safety measures

Recommended for Big Island of Hawaii