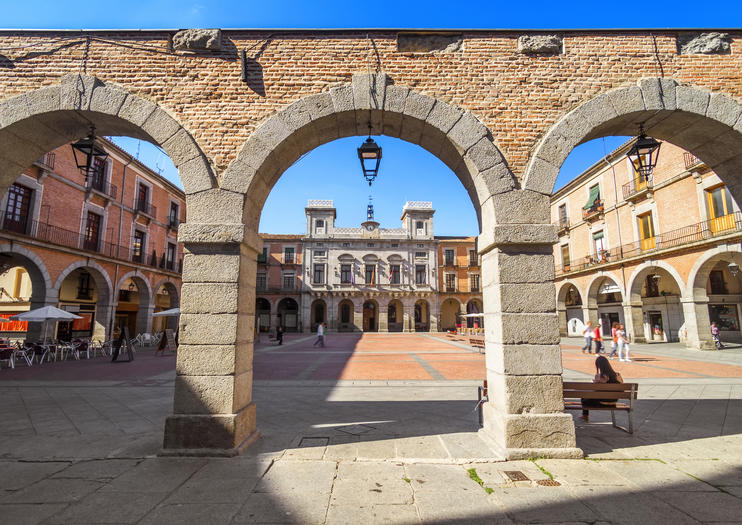 One of vila’s most picturesque spots is its Plaza Mayor. Long one of the city’s central meeting points, the square’s formation dates back to around the 11th century when the city was growing. The square is more commonly known as the Plaza del Mercado Chico, or The Small Market Square — and is indeed home to a weekly fruit and vegetable market.
Also home to City Hall with its grand 19th-century façade, the expansive main square is noted for its portico-lined perimeter, along which you’ll find the storefronts of various shops and food establishments. Come here to snack on some tapas at one of the plaza’s restaurants, or to make a bakery stop to sample the city’s signature sweet, the yema de Ávila, an egg yolk-based sugar ball that tastes yummier than it sounds.

Given that the plaza is located within the city walls, it is best to park outside the walls and make your way inward. It is located not far from the main cathedral, which is also right near one of the city wall gates. Note that a produce market usually takes place here every Friday. vila makes for a great day trip, and can even be visited along with Segovia.
Address: Plaza Mercado Chico, Ávila, Castile and León, Spain 05001, Spain
Read MoreShow Less

More Tours in Castile and León

Things to do near Castile and León

Recommended for Castile and León