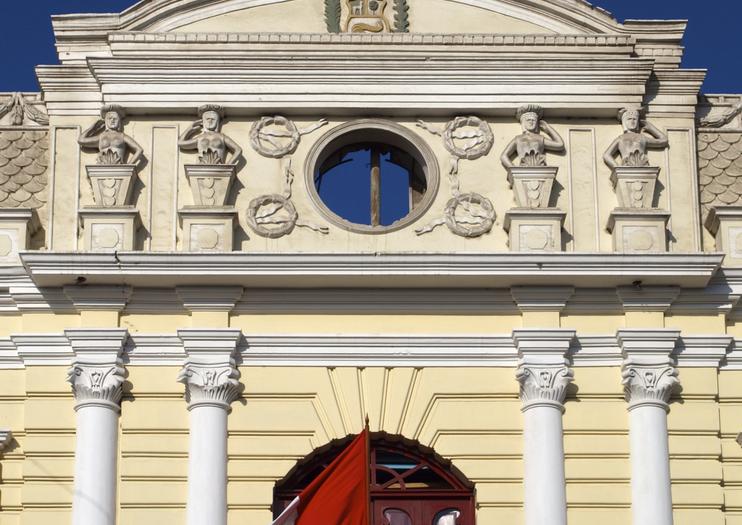 Even though Chiclayo was never a Colonial stronghold during the 17th and 18th centuries, the regal splendor of many of the buildings could lead you to initially think otherwise. One such example is the Municipal Palace, a soaring Republican style building that graces the center of town. This elegant building is so lavish and fantastically ornate, it’s estimated the bill to construct the building was paid in 30,000 pounds of gold.
The building was completed in 1919, although political protestors in 2006 caused a raging fire that nearly reduced the entire building to ashes. The structure has since been restored, however, to mimic its original style, and walking by the Municipal Palace today—its four-story clock tower and parallel arches rising high above the streets of the city—it manages to cast a fairy-tale atmosphere over an entire city block.
The Municipal Palace is located one block from the principal park of Chiclayo. For the best photos and the most dramatic appearance, consider visiting the building at night when it is illuminated in all its glory.
Address: Chiclayo, Peru
Read MoreShow Less