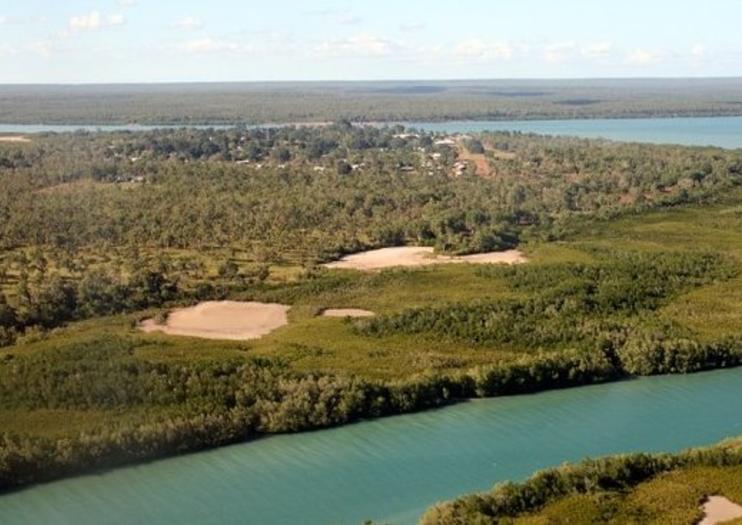 The Tiwi Islands sit about 50 miles off the north coast of Darwin in Australia’s Northern Territory, and the chain is made up of 11 individual isles. The largest are Melville – the second largest island in Australia behind Tasmania – and Bathurst, the fifth largest of Australia’s islands.
It is believed that this string of islands has been inhabited for the past 7,000 years by the Tiwi people, which led to them being named an Aboriginal Reserve in 1912. Like at Arnhem Land, another Aboriginal Reserve, visiting these islands requires an invitation or an escort, as well as a permit. The islands are governed mostly by the Tiwi Aboriginal Land Trust and the Tiwi Land Council.
The island communities are renowned for their art, particularly for their wood carvings of birds. Fabric creations are also common and made in a similar fashion to Indonesian batik prints.
The wilderness of the Tiwi Islands is not to be outdone by that on the Northern Territory mainland -- Melville Island is particularly known for its swimming holes at Taracumbie and Tomorapi Falls, and the islands are full of charming secluded waterfalls and dense rainforest areas.

Accommodations on the Tiwi Islands are limited, so the easiest way to acquire some is through the booking of a multi-day tour. Most visitors do return to the mainland at the end of the day, but options like the Munupi Wilderness Lodge are available for those who would prefer to stay.
Address: Darwin, Australia
Read MoreShow Less