World War I Sites in Europe 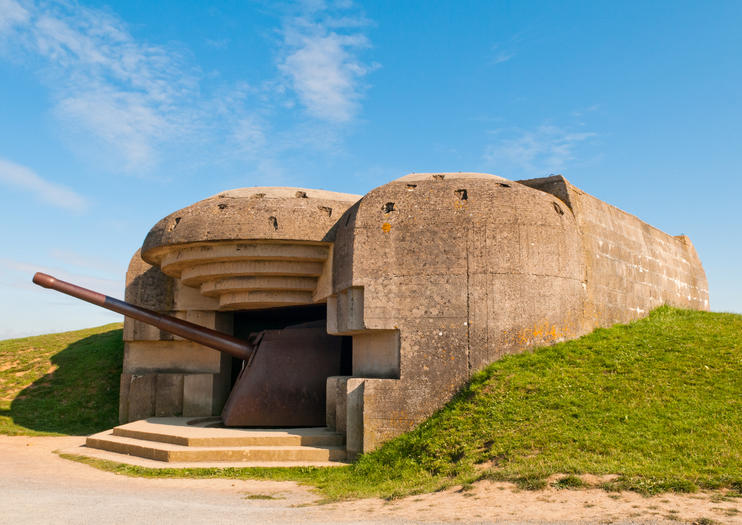 Across the historic World War I battlefields that run through France, Belgium, and Turkey, memorials, bunkers, and underground tunnels shine a light on the struggles faced by soldiers on all sides. Here are a few places to delve into World War I history in Europe.
World War I Sites in Belgium
Key sites of WWI interest in Belgium include the fortified city of Liege, the Lille and Flanders regions, Passchendaele, and Ypres Salient—where Allied forces clashed with those from Germany. The trenches and memorial grounds span from valley floors to mountain peaks, and cover a wide range of terrain including forests and swamps where hundreds of thousands of soldiers fought and lost their lives. Today many of these historic sites have been thoughtfully preserved in tribute to the Allied American, Australian, Canadian, and European forces.
World War I Sites in France
Perhaps the most significant WWI site in France is the Somme Valley, where the infamous Battle of the Somme was fought in 1916 and the Allies marched to victory in 1918. Somme battlefield tours take in sites of interest such as the Delville Wood Cemetery at Longueval, the Lochnagar mine crater, Pozieres, and the well-preserved trenches at the Beaumont-Hamel Newfoundland Memorial. In northern France’s Picardy region, sites including Belleau Wood, the western-front locations of Aisne and Marne, and the Museum of the Great War in Meaux attract visitors keen to learn more about the region’s WWI history.
World War I Sites in Turkey
Turkey’s northwestern city of Canakkale is the gateway to the WWI battlefields of Gallipoli, and provides a good base from which to explore. Sites of interest nearby include ANZAC Cove, Brighton Beach, and the Nek and Walker’s Ridge. Travelers can also pay their respects at memorial grounds such as Ari Burnu, the Beach Cemetery, Chunuk Bair, the Johnston’s Jolly Commonwealth War Graves Commission Cemetery, the Lone Pine Cemetery, and the Canakkale Martyrs’ Memorial.
Read MoreShow Less
Europe Tours & Activities (9)
Filter
•

250
Pay your respects to French and British military history on a full-day tour of the Somme battlefields. Walk on the sites where one of the bloodiest battles in history was fought during World War I, while learning about the battle’s causes and repercussions from your historian guide. See the Delville Wood cemetery where thousands of fallen soldiers were laid to rest, and visit several war memorials and the Historial Great War museum in Peronne. Numbers are limited to eight for a personalized and informative tour.
...  More
From
US$233.41
From
US$233.41
Learn More

Remembrance Tour: The Great War in Flanders Fields from Brussels

247
Discover the poignant history of World War I on a full-day tour to the Flanders battlefields from Brussels. Visit the impressive monuments that commemorate the lives of fallen soldiers and listen to commentary from your guide as you see graves that immortalize those killed in the world’s first major conflict; reflect in the Tynecot Commonwealth War Graves and the German Military Cemetery of Vladslo. Enrich your historical knowledge at the Flanders’ Field Museum then feel your soul stir during a poignant Last Post Ceremony in Ypres.
...  More
From
US$108.49
From
US$108.49
Learn More

Remembrance Tour: The Great War in Flanders Fields from Bruges

152
Delve into the poignant history of World War I on a full-day tour of the Flanders Battlefields from Bruges. Follow in the footsteps of soldiers with an accomplished historical guide and visit moving memorials that immortalize soldiers lost in battles. Gaze at endless rows of graves at the German Military Cemetery; revitalize with a traditional Belgian lunch at a local restaurant; and visit Flanders’ Field Museum to see exhibitions that speak eloquently of the area’s turbulent past. Conclude your emotionally stirring tour by experiencing the Last Post Ceremony in Ypres.
...  More
From
US$90.02
From
US$90.02
Learn More

39
Spend a day in the French countryside exploring World War I history on a day trip to Verdun and Meuse-Argonne from Paris. These two important battlefields help make history come alive, with assistance from a knowledgeable guide. Hear about these famous battles and visit notable landmarks and cemeteries. See the Douaumont Ossuary and Fort of Douaumont, the Romagne War Museum, the Battlefield of Verdun, the Trench of Bayonets and the Meuse-Argonne American Cemetery and Memorial. It's the largest cemetery for fallen American soldiers in all of Europe. Tour group size limited to 18 to ensure personalized attention from your guide.
...  More
From
US$287.37
Price varies by group size
From
US$287.37
Price varies by group size
Learn More

26
Visit the sites of some of the most pivotal American battles in World War I with a day trip to the Picardy region of northern France. Departing from Paris, travel to the historic western front locations of Aisne and Marne with an expert historian guide. Walk among trenches in the Belleau Woods and honor fallen soldiers at the Aisne-Marne American Cemetery. Learn more about the causes and repercussions of the conflict at the Museum of the Great War in Meaux.
...  More
From
US$627.50
Price varies by group size
From
US$627.50
Price varies by group size
Learn More

19
Ancient Troy and the World War I battlefields of Gallipoli are must-visits while you’re in Canakkale, and this convenient tour covers both in one day. Experience the ancient ruins of Troy as you hear the myths and facts behind the Trojan War in the morning, and spend the afternoon visiting the key battle sites and cemeteries at Gallipoli. Your tour includes transport, ferry ride, entrance fees, and lunch in Canakkale.
...  More
From
US$88.91
From
US$88.91
Learn More

17
Travel to Belgian Flanders on a day trip from Paris to explore the Ypres Salient, site of many World War I battles. Pay your respects at the Tyne Cot Cemetery and St Julien Memorial, where thousands of soldiers who died defending the area were laid to rest. Tour the well-known battle site at Hill 60. Visit the Menin Gate Memorial and then enjoy time to discover the town of Ypres on your own.
...  More
From
US$809.30
Price varies by group size
From
US$809.30
Price varies by group size
Learn More

39
Delve into the poignant history of World War I during a 3-day small-group tour of French and Belgian battlefields from Lille. Accompanied by either a professional guide or ex-army personnel, visit battlefields shrouded in historical legacy and see soul-stirring sights like the Lochnagar mine crater and the Hooge Crater and Museum. Explore the sites of the Loos, Poxières and Somme battles and luxuriate in 2 nights of hotel accommodation in Ypres. Receive personalized attention from your guide on this small-group tour, where numbers are limited to 15 people.
...  More
From
US$625.11
Price varies by group size
From
US$625.11
Price varies by group size
Learn More

4
Explore World War I history on location in Belgium and northern France on a 2-day tour from Paris. Visit important battlefields, war memorials and national cemeteries during a tour from Paris to the Ypres Salient and Somme, in which some of the war's deadliest battles occurred. Travel with a knowledgeable guide to battle sites such as Pozières and Hill 60, the Tyne Cot Cemetery, the Villers-Bretonneux Australian National Memorial and the Lochnagar Crater. Attend an evening Last Post ceremony in Ypres. Spend the night in a 3-star Lille hotel, breakfast included. Group size limited to 12 for a more personalized tour.
...  More
From
US$973.50
From
US$973.50
Learn More