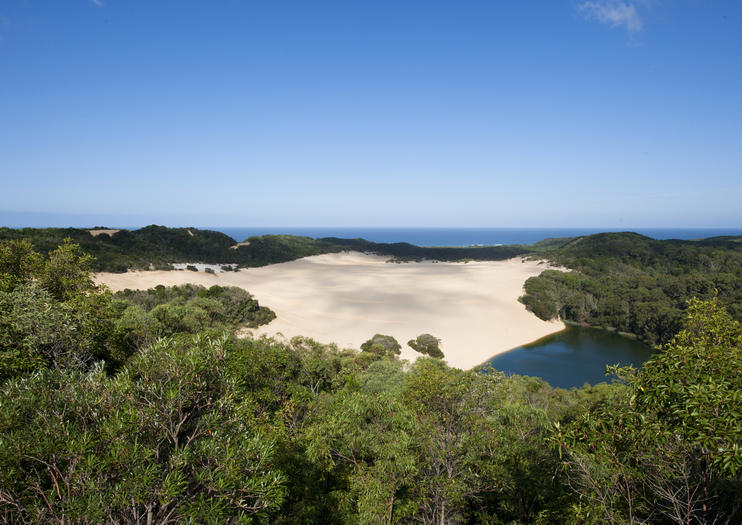 The Great Sandy National Park is a coastal national park and encompasses both part of mainland Queensland and Fraser Island, the world’s largest sand island.

On the mainland. the river stretches from Rainbow Beach to Noosa Heads, its eastern border one long unbroken tropical beach paradise. Noosa Heads in the south is a popular holiday destination for Australians and hotels get busy during the peak season. Inland if you’re looking for a more nature-based holiday the Cooloola Wilderness Trail has opportunities for real bush camping at the Neebs and Wandi waterholes.

The Fraser Island section is separated from the mainland by a shallow sand reef which can be crossed by barge. The island has an incredible stretch of white beach running unbroken down its eastern coast while the interior is home to unlikely rainforests, sublime freshwater lakes and remarkable dunes.

The Great Sandy National Park has plenty of buses running up and down the coast; there are a number of bus providers. To get to Fraser Island you will need to either catch an airplane or take a barge from Inskip heads, River Point or Hervey Bay. Travel on the island will require you to hire a 4WD or book with a tour.
Address: Great Sandy National Park, QLD, Australia
Read MoreShow Less

Things to do near Fraser Island