Welcome to Viator!
By creating an account, you agree to our Terms & Conditions and Privacy Policy.
We're creating your account. This may take a few seconds...
Account creation successful! Thank you.
Something went wrong. Please try again on the sign up page.
Questions? (888) 651-9785(888) 651-9785
When are you traveling?
Select Dates
Recommendations
All Recommendations
How to Spend 3 Days in Kuching
Top National Parks in Sarawak
Where to See Wildlife in Kuching
Price
US$0
US$500+
Duration
Time of Day
RatingClear
Specials 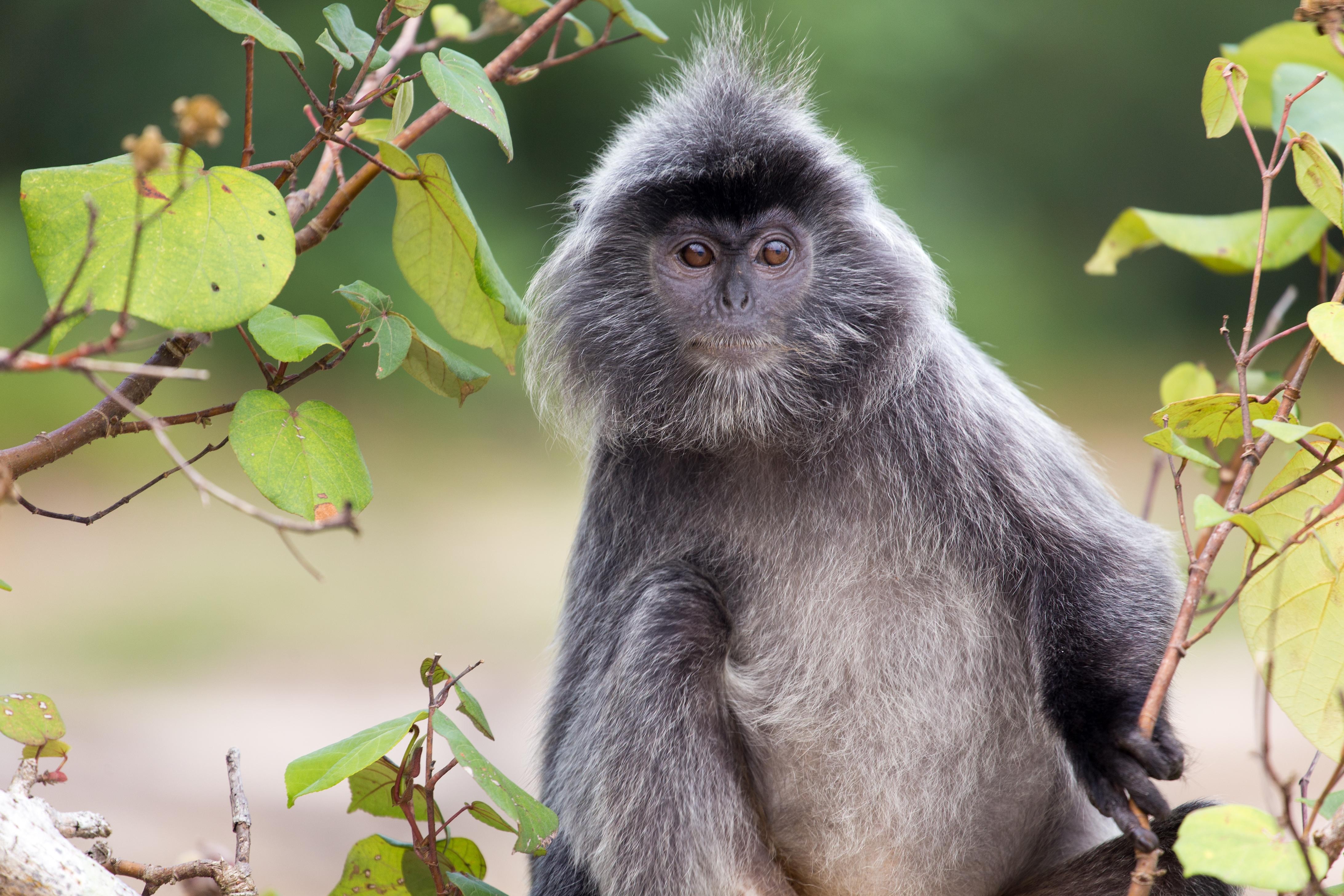 The Malaysian state of Sarawak is home to some of Borneo’s finest national parks, with the oldest established in 1957. Some of the state’s 14 parks are within easy reach of the capital, Kuching; others require traveling deep into the rain forest. If you’re looking to explore Borneo’s unique ecosystems, here are your best bets.

Mulu National Park A UNESCO World Heritage Site for its outstanding natural beauty, Gunung Mulu repays the flight from Kuching with vast caves, jagged rock pinnacles, tranquil streams, underground rivers, and pristine rain forest. The sight of hundreds of thousands of bats streaming out of Deer Cave has to be seen to be believed. ** Matang Wildlife Centre** Orangutans are found on just two islands in all the world: Borneo and Sumatra. At the Matang Wildlife Centre, carved out of Kubah National Park just 40 minutes’ drive from Kuching, rescued or injured orangutans undergo rehabilitation to return to the wild—enabling you to get up close and personal with these great apes.

Bako National Park Sarawak’s oldest national park, Bako National Park sits on a peninsula not far from Kuching but remains one of the best parks in the state for spotting mammals. Expect to see Borneo’s signature long-nosed proboscis monkeys as well as long-tailed macaques, and keep your eyes peeled for flying lemurs and bearded pigs.

Kubah National Park Conveniently close to Kuching and an easy day-trip destination, Kubah National Park sells itself as “the home of palms and frogs.” A hike through the forest, where you can also stay overnight, delivers lush ferns, rare orchids, and carnivorous pitcher plants—not to mention a horned frog and a flying frog that glides from tree to tree.

10 Tours and Activities | All Sarawak Tours

6
Discover the birthplace of civilization in Southeast Asia on a guided tour of the Niah Caves, located in Sarawak’s Niah National Park. Home to Borneo’s oldest human remains dating back 40,000 years, the park contains one of the largest limestone caves in the world. At this important archaeological site you’ll find cave paintings after a walk in the forest. Lunch and round-trip hotel transport from Miri are provided on this full-day tour.
…More
From
US$74.68
From
US$74.68

2
Cruise across the South China Sea from the Bako fishing village to Bako National Park on a 8-hour nature tour. Your professional guide points out the wildlife, including macaques and proboscis monkeys, during a jungle walk. Admire the picturesque rock formations during a boat ride to a beautiful beach where you’ll have time for a swim. Lunch and round-trip hotel transport from Kuching are included on this small-group tour, limited to seven people.
…More
From
US$120.60
From
US$120.60
Face masks required for travelers in public areas
Temperature checks for travelers upon arrival
Learn More
Taking safety measures

30
Venture into the UNESCO World Heritage-listed Mt Kinabaly and hike across Kinabalu Park in this incredible full-day tour that includes hot springs, rolling hills, epic scenery and birds-eye-views from atop forest canopies. Your expert local guide will take you through some of Malaysia’s most picturesque countryside and point out indigenous flora and fauna along the way. Enjoy a savory local lunch and a relaxing dip in the Poring Hot Springs on this memorable day trip.
…More
From
US$79.22
From
US$79.22
Face masks required for travelers in public areas
Face masks required for guides in public areas
Hand sanitizer available to travelers and staff
Learn More
Taking safety measures

3
Discover the sights, sounds, and scents of the rainforest at night on this guided walking tour of Kubah National Park. Search for over 60 species of frogs—of all colors, shapes, and sizes—that live in the park in jungle streams, ponds, and more. Along the way, see carnivorous pitcher plants and a wealth of aquatic life. Your tour includes door-to-door round-trip transfers.
…More
From
US$86.16
From
US$86.16
Face masks required for travelers in public areas
Face masks required for guides in public areas
Social distancing enforced throughout experience
Learn More
Taking safety measures

5
Get up close to Malaysia’s native Orangutans, then take a walk on the wild side on this 6.5-hour tour of the Kubah National Park from Kuching, including lunch. Start with a visit to the Matang Wildlife Center, where you’ll also have chance to spot sun bears, bear cats, porcupines and crocodiles, and learn more about the center’s preservation and rehabilitation efforts. Next, enjoy a short hike through the lush rainforest of the Kubah National Park, stopping to admire jungle waterfalls, rare orchids and colorful birds along the way.
…More
From
US$101.33
From
US$101.33
Face masks required for travelers in public areas
Face masks required for guides in public areas
Hand sanitizer available to travelers and staff
Learn More
Taking safety measures

1
With a 2-night trip to Gunung Mulu National Park, you can explore the world’s largest cave passage, spot enormous bat colonies, follow the shadowy river that flows through Clearwater Cave, and meet Penan people in a forest settlement. Spending two nights at Mulu means you’ll have time to experience the UNESCO World Heritage Site at its most pristine, watching for wildlife at dawn and dusk when animals are most active. This 2-night adventure includes accommodations and some meals, as well as round-trip transport to the park from the Mulu Airport.
…More
From
US$303.40
From
US$303.40

Semenggoh Rehabilitation Center, a temporary home for displaced Orang Utans that have been rescued from captivity and young orphaned primates. These animals are re-trained to survive in their natural habitat. They learn how to forage for natural food and build nests in the trees. Many have been returned into the surrounding area. Take a walk on the trails and try to spot semi-wild Orang Utans. There are feeding times scheduled everyday at the feeding platfoam.   Our journey we'll lead us to the Matang Wildlife Centre in Kubah National Park. This is Sarawak’s main centre for wildlife rehabilitation where rescued orangutans, sun bears, bear cats, civet cats, sambar deer, barking deer, porcupines and crocodiles are nursed to health, all of which can be viewed in spacious natural enclosures. We'll have time here to meet the animals and explore the centre, including the large aviaries which house a variety of hornbills, as well as brahminy kites and sea eagles.
…More
From
US$103.00
From
US$103.00
Face masks required for travelers in public areas
Temperature checks for travelers upon arrival
Learn More
Taking safety measures

Discover the wildlife and culture of Borneo on a full-day small-group tour from Kuching. Head to the Matang Wildlife Center, a part of Kubah National Park, which is home to many species including orangutans, sun bears, civets, and hornbills. After observing the animals, head to the Sarawak Cultural Village to learn about the various ethnic groups that call the area home.
…More
From
US$84.11
From
US$84.11

The home of the rafflesia, the world’s largest flower, Gunung Gading National Park is tricky to reach by public transport. If you’re set on seeing this 3-foot (1-meter) monster, which blooms rarely but pungently throughout the year, then opt for this convenient door-to-door tour, which comes complete with lunch. Once you’re there, explore by a comfortable plank walk, or follow rangers into the forest if a rafflesia is blooming there.
…More
From
US$90.50
Price varies by group size
From
US$90.50
Price varies by group size
Face masks required for travelers in public areas
Face masks required for guides in public areas
Hand sanitizer available to travelers and staff
Learn More
Taking safety measures

See more of the Borneo rain forest in less of the time as you explore Kubah National Park with a jungle guide. Discover this vibrant ecosystem as you follow forest trails to a scenic waterfall, while your guide identifies everything from birds to snakes, from orchids to carnivorous pitcher plants. Choose between a morning walk and a night adventure: Both include door-to-door round-trip transfers from Kuching hotels.
…More
From
US$78.00
From
US$78.00
Face masks required for travelers in public areas
Temperature checks for travelers upon arrival
Learn More
Taking safety measures