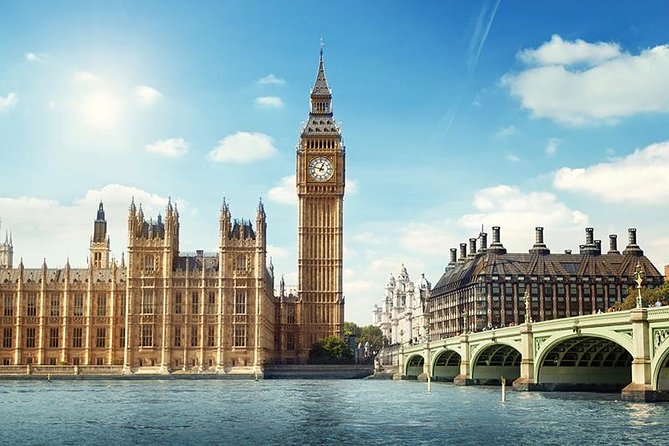 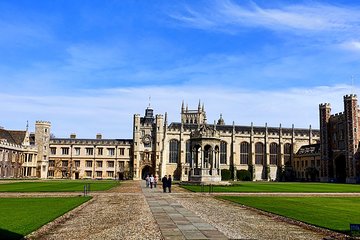 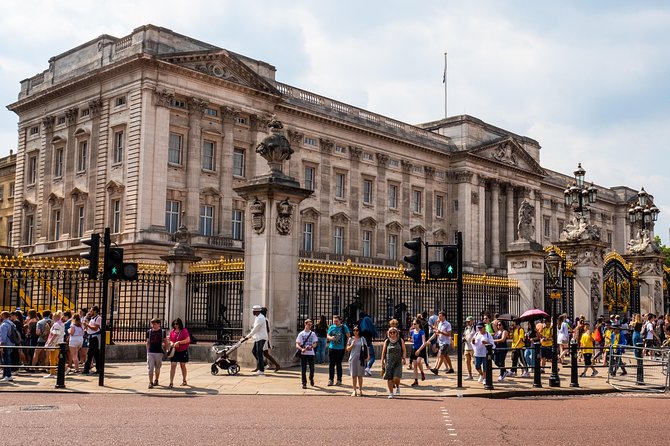 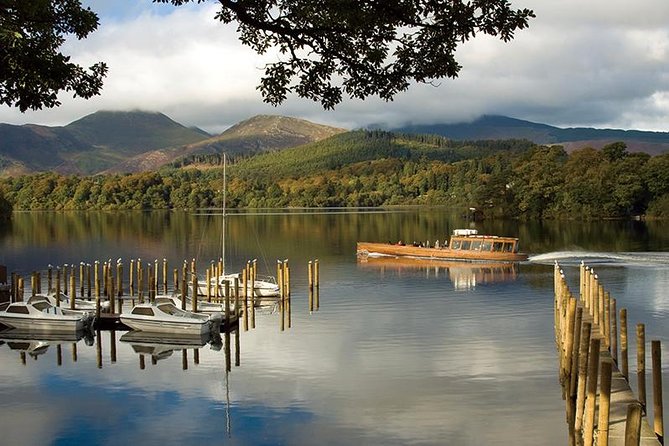 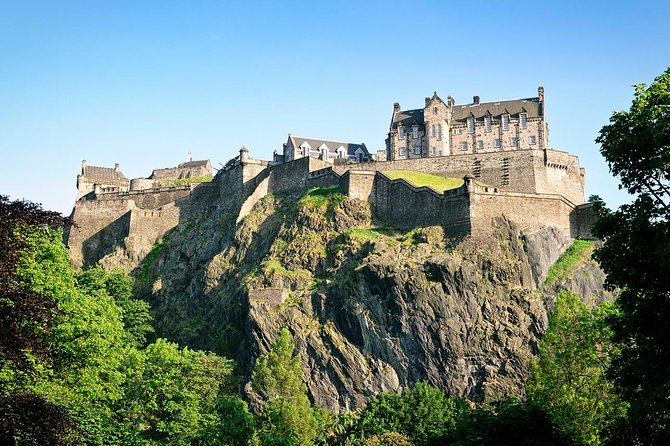 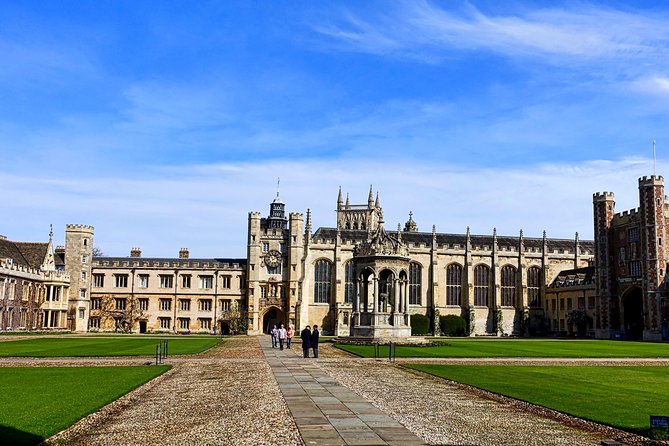 Explore the United Kingdom on a week-long tour from Paris, including accommodation and round-trip transport. Admire Big Ben, Buckingham Palace, and the River Thames on a walking tour of London; visit Edinburgh and Glasgow in Scotland; see Shakespeare’s birthplace in Stratford-upon-Avon; and explore English cities including Manchester, York, and Cambridge.

shirleyortizluis
7-Day Taste of Europe Tour from Paris: Switzerland, Italy and France | Jan 2020
Worth every penny! Every one in our group even the driver and tour guide were so nice. The bus we had drives smoothly. The hotels were decent, simple and clean. Our tour guide, DJ, very knowledgeable of Europe even shares his own experiences growing up. My husband wants to do another tour with the company.
...Read more

An excellent tour to see a lot in a short time.

FarAway58920
7-Day European Highlights Tour From Frankfurt: Germany, Czech Republic, Slovakia, Hungary, Austria And Switzerland | Dec 2019
This was a great tour and covered a lot of places in a short time. Some of the information on the website was not correct - places listed as needing an entry fee were in correct so I had taken more money with me than needed. The meeting point at Frankfurt Station was a bit chaotic as it was a wet day and little instruction had been given prior to the date. The guides didn't arrive until the last minute so everyone was a little unclear as to what was happening. Accommodation places were good and very adequate. I was on an English tour but the guide was not really fluent in English and it would have been good to learn more about the countries we were travelling through. The other English tour traveling at the same time had a fabulous guide. As this was my last chance to get to Europe it was a great experience to see so much in such a short time.
...Read more

Tour guide hardly spoke any English, we couldn't understand anything

tanyag87yt
5-Day Best of England & Scotland Tour: London, Edinburgh, Manchester and more | Nov 2019
My husband and I along with another couple were looking forward to this trip. The places we saw were beautiful. BUT! Two days before our trip and after multiple requests, Viator finally sent us the voucher (you must have it as it needs to be presented to the tour guide at the beginning of the trip). In the voucher in a very small prints we saw the disclosure: GoEUgo has the rights to combine the customer of English and Vietnamese speaking tour in same bus if any group has fewer travelers. We wished it would be disclosed to us before we paid for the tour, which was non-refundable. But at that time we were not too concerned as the tour was supposed to be in English. Boy we were wrong not to be concerned! We were combined with none English speaking group, which would not be a problem. Except, our tour guide barely spoke any English. The accent was so thick that we couldn’t understand anything he was saying, he had a vocabulary of a 5 year old. Every time we had a free time we had to verify multiple times when we need to be back on the bus to make sure we understood him correctly and they wouldn’t leave without us. Plus, our tour guide was explaining everything in two languages: in English we couldn’t understand and Vietnamese. After we returned, we complained to Viator, after all Viator is the company we bought the tour from and they state they handpick and pre-vet all the tours... After multiple calls to Viator, they finally offered us 90.00 refund. Considering that we paid for this tour 727.76 you can understand our frustration and one star.
...Read more

A Whirlwind Tour of Central Europe!

raventree
7-Day European Highlights Tour From Frankfurt: Germany, Czech Republic, Slovakia, Hungary, Austria And Switzerland | Nov 2019
Fast paced, knowledgeable tour guide (Alex), excellent accommodations, fantastic scenery, even with certain attractions closed, the alternates were spectacular! The optional dinner in Budapest and the optional concert in Vienna were worth the extra money for the experiences alone. All in all an excellent value as well..
...Read more

manalok
7-Day Scenic Scandinavian Tour from Copenhagen exploring Denmark, Sweden and fjords in Norway | Nov 2019
It was a fantastic tour, I really enjoyed everything; the places the accommodations, the coach, the cruises and over all the tour guide Danielle, he was a terrific guy, many thanks
...Read more

Tour guide had bad English, so we couldn’t understand the majority of the stuff he was saying...

Yelena-sept2019
5-Day Best of England & Scotland Tour: London, Edinburgh, Manchester and more | Nov 2019
We liked other tours we bought on Viator, And even this tour could be good considering the landmarks and places we have visited... BUT! Since the majority of the people on the bus were Asian, the tour guide was explaining everything in two languages. We have not been told that this would be the case until literally a coupe of days before the trip. And even then it would be totally fine (and I want to add that we met so many nice people on the bus!) if tour guide would have at least “ok” English. Unfortunately our guide’s English was so bad, that those who only could speak English, had real trouble to understand anything. So at the end of the day, at least for our group it was more self-guided rather then guided tour. The issue is that those details haven’t been shared with us by Viator when we were purchasing the tour (which I should note is non-refundable)! We complained to Viator, but they said they are just a third party booking agency, and do not control the way each company, who offers their services on the Viator website, conducts their business and not responsible for updating their information on the Viator website... But, at the same time Viator states that they handpick and pre-vet all the tours... so we hope in the future Viator will do a better job to verify and provide those kind of details WHEN people deciding to purchase the tour.
...Read more

coraleem366
5-Day Best of England & Scotland Tour: London, Edinburgh, Manchester and more | Oct 2019
Tour was very informative however we didn't realize it was an Asian tour group and only 3 English people amongst 43 people. We met some lovely people but the language issue was difficult.
...Read more

rickyhh2019
7-Day Taste of Europe Tour from Paris: Switzerland, Italy and France | Oct 2019
Hit all the iconic spots in south France, Switzerland and Italy. Daniel our tour guide was phenomenal, very knowledgeable and managed the tour well. This tour was highly intensive, full 14 hr days but really worth the effort.
...Read more

O3548IYjennyt
7-Day Scenic Scandinavian Tour from Copenhagen exploring Denmark, Sweden and fjords in Norway | Sep 2019
This tour is amazing. You spend a lot of time in the bus, but I also felt like we saw a lot of stuff we wouldn't have otherwise. And the countryside is beautiful so you're not even bored on the bus.
...Read more

Kerrie W
7-Day Taste of Europe Tour from Paris: Switzerland, Italy and France | Sep 2019
Amazing 7 day tour, it surpassed our expectations. Our tour guide (Mickey) was so professional, patient and knowledgeable. We definitely will do another tour. We would suggest to anyone considering a tour to read all the information that viator supplies. It clearly explains all.
...Read more
|
Reserve Now & Pay Later
We'll reserve your spot today, and you can cancel up to two days before your experience without making a payment. Secure your spot with ease, stay flexible, and never miss out.
How it works
Find your experience
Choose the experience you want knowing you can secure your spot without being locked in.
Make a reservation
Reserve now and pay later to secure your spot, commitment-free.
Choose when to pay
Come back to pay once your plans are set, or let auto-pay kick in two days before your experience.
Enjoy your experience
Now you're all set! Have a great time.
Frequently Asked Questions  | Terms & Conditions
Reserve Now & Pay Later
Secure your must-do activities without being locked in
Learn More