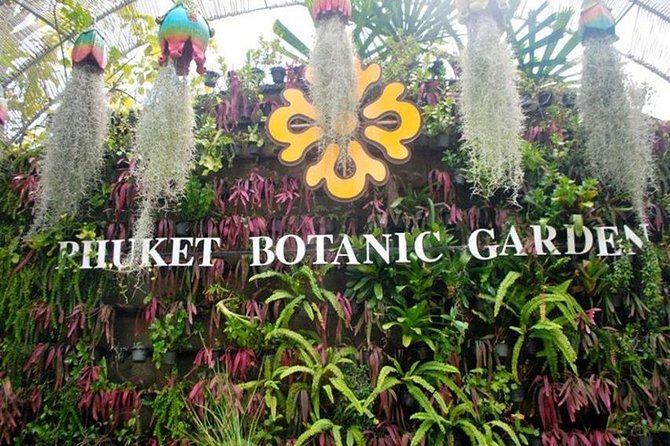 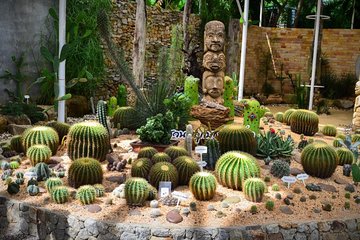 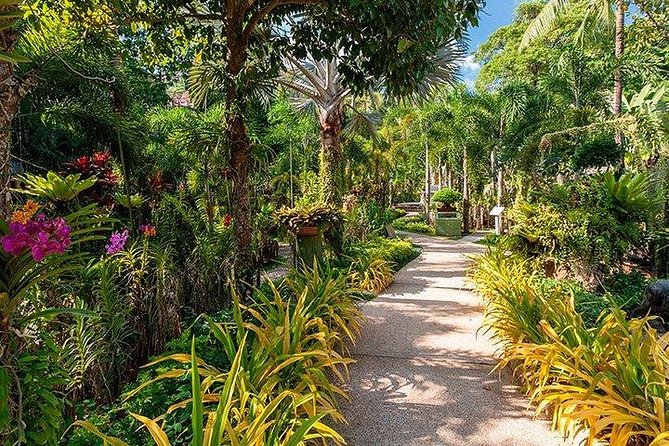 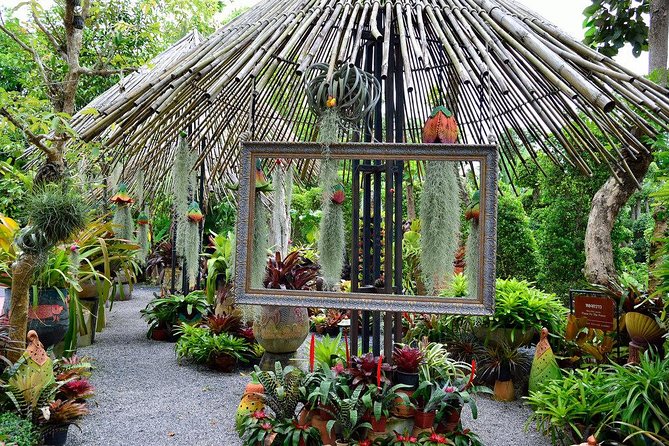 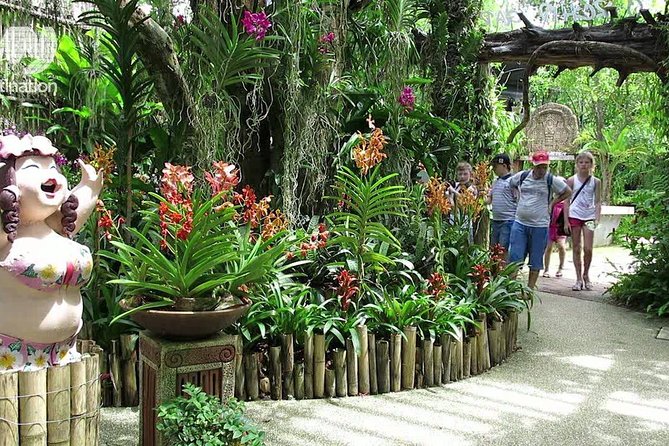 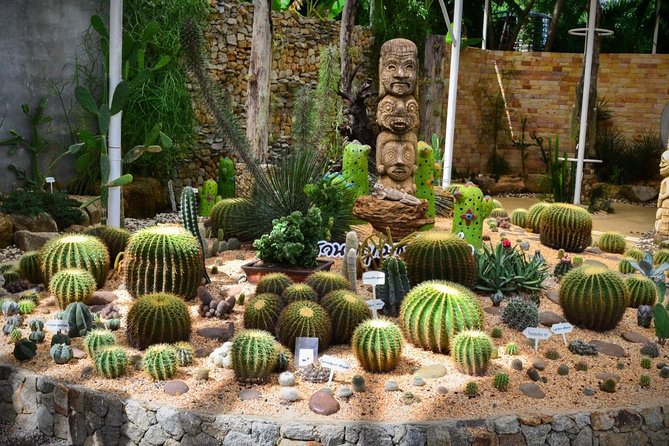 Avoid spending precious vacation time buying tickets by prebooking entry to the Phuket Botanic Garden—a must-visit for garden- and nature-lovers. Travel independently to the garden in Phuket’s Muang district, and stroll around its themed zones in your own time. Absorb the scents, colors, and species of the Herb, Fern, Butterfly, and Orchid Gardens; see the fish ponds, and soak in the oasis-like calm in contrast to the busy city.

Good view, but had to follow up to get the ticket

ericamcdowell
Baiyoke Sky Hotel - Observatory Point on 77th & 84th Floor | Jan 2020
The confirmation from Viator isn't the ticket, but i didn't realise until the day. Luckily I had a Thai sim so I could call the tour operator and have the real tickets emailed over. This ticket gets you access from 5pm to the top that rotates (stops rotating between 6pm and 7pm so time your visit accordingly), the floor with the bar that includes a drink (soft or alcoholic) and some popcorn and then another floor where you can use the telescopes and take pictures with props. If you time this well and go just before sunset you can get day and night views and enjoy the rotation. (sunset was around 6:30 in January.
...Read more

lisaandwill1110
Royal Grand Palace & Emerald Buddha Temple Tour (Join Tour) | Oct 2019
This was an amazing tour. Boe (out tour guide) was very kind and professional. He was very patient with us when we forgot to follow the dress code of the palace and found us approved attire to wear.
...Read more

MaryD5124
Royal Grand Palace & Emerald Buddha Temple Tour (Join Tour) | Aug 2019
I made a booking on August 5th for a tour on the 7th. After several calls with GlobalTix, they told me that the tour couldn't be done on the 7th and they moved it to the 8th. The next day they cancelled a second time and moved the tour to the 9th. After my parents missed the morning tour cause of traffic, I spoke to someone from GlobalTix (I think) and after 2 hours of a painful back and forth, they confirmed that my parents could join the afternoon tour instead. Once my parents make the trek to the pick up location at 11:00 am, they send me an email at 11:30 am stating that they can't include my parents in the afternoon tour after all, contrary to what was confirmed 2 hours prior. I tried to get a refund but they were absolutely unhelpful. After GlobalTix emailed me saying they've cancelled the tour, my parents are picked up at the pick-up location anyway. This has been the most frustrating experience and I wish I could make it all go away and just get a refund. Viator and the tour operator they enable, essentially are stealing from people cause they offer no confidence that a tour that's paid for will actually happen on the date its supposed to and they won't refund you either. To recap, they changed my date three times, the pick up locations are actually very limited, the customer care was appalling and there's no way to no who you are actually talking to, you need be able to speak Thai to be understood. Overall, a NIGHTMARE! You're writing off your money and piece of mind with this!
...Read more

Calypso is a fantastic show

perine r
Calypso Show | Aug 2019
My 2 granddaughters and I thoroughly enjoyed the show. The choreography, costumes and scene. flows were sensational and professional. The comedy act was amazing and so funny. The troupe is massive and each one kept up with the dancing and miming, making fast costume changes. The music is varied and I would certainly recommend the show for adults and children alike.
...Read more

Fantastic way to see the temples from Chiang Mai

Francine S
Join Tour One Day Chiang Rai , White Temple& Blue temple & Black House | Jun 2019
Really great experience on this trip especially for the price. You get the perfect amount of time at each visit and you don't feel rushed. Our guide was great and the driver of the mini van was also great. This is the perfect alternative to staying in Chiang Rai if you'd prefer to stay in Chiang Mai but want to see these places.
...Read more

Sheila H
Calypso Show | Apr 2019
Be careful - we booked through this company and it was cancelled without us knowing - we did get our money back and an apology but no explanation as to why! Very disappointing - we were only in Bangkok for 3 nights and had booked this well in advance! Be aware!
...Read more
|
Reserve Now & Pay Later
We'll reserve your spot today, and you can cancel up to two days before your experience without making a payment. Secure your spot with ease, stay flexible, and never miss out.
How it works
Find your experience
Choose the experience you want knowing you can secure your spot without being locked in.
Make a reservation
Reserve now and pay later to secure your spot, commitment-free.
Choose when to pay
Come back to pay once your plans are set, or let auto-pay kick in two days before your experience.
Enjoy your experience
Now you're all set! Have a great time.
Frequently Asked Questions  | Terms & Conditions
Reserve Now & Pay Later
Secure your must-do activities without being locked in
Learn More