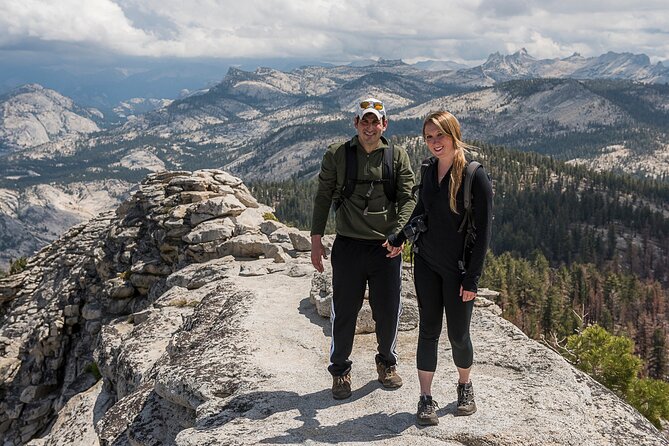 Walk to soaring cliffs and alpine meadows on a private, guided hiking tour of Yosemite National Park. Tailor this 5- or 6-hour trip to your interests and ability, then find your perfect trail into the wilderness. Learn about the history and ecology of the High Sierra as you walk alongside your guide, and find uncrowded paths in the heart of the park. Enjoy a backcountry picnic and discover stunning views of the Yosemite Valley or High Country, or challenge yourself to take on a longer hike with more elevation gain.

Q:What is the policy on face masks and attendee health during Private Guided Hiking Tour in Yosemite?

Q:What is the social distancing policy during Private Guided Hiking Tour in Yosemite?