Welcome to Viator!
By creating an account, you agree to our Terms & Conditions and Privacy Policy.
We're creating your account. This may take a few seconds...
Account creation successful! Thank you.
Something went wrong. Please try again on the sign up page.
Questions? (888) 651-9785(888) 651-9785
When are you travelling?
Select Dates
Recommendations
All Recommendations
Beijing Suggested Itineraries
Beijing Cuisine
Climb the Great Wall
Acrobatic Shows
Beijing Temples
Summer Palace Cruises in Beijing
Beijing Temple Guide
Price
US$0
US$500+
Duration
Time of Day
RatingClear
Specials 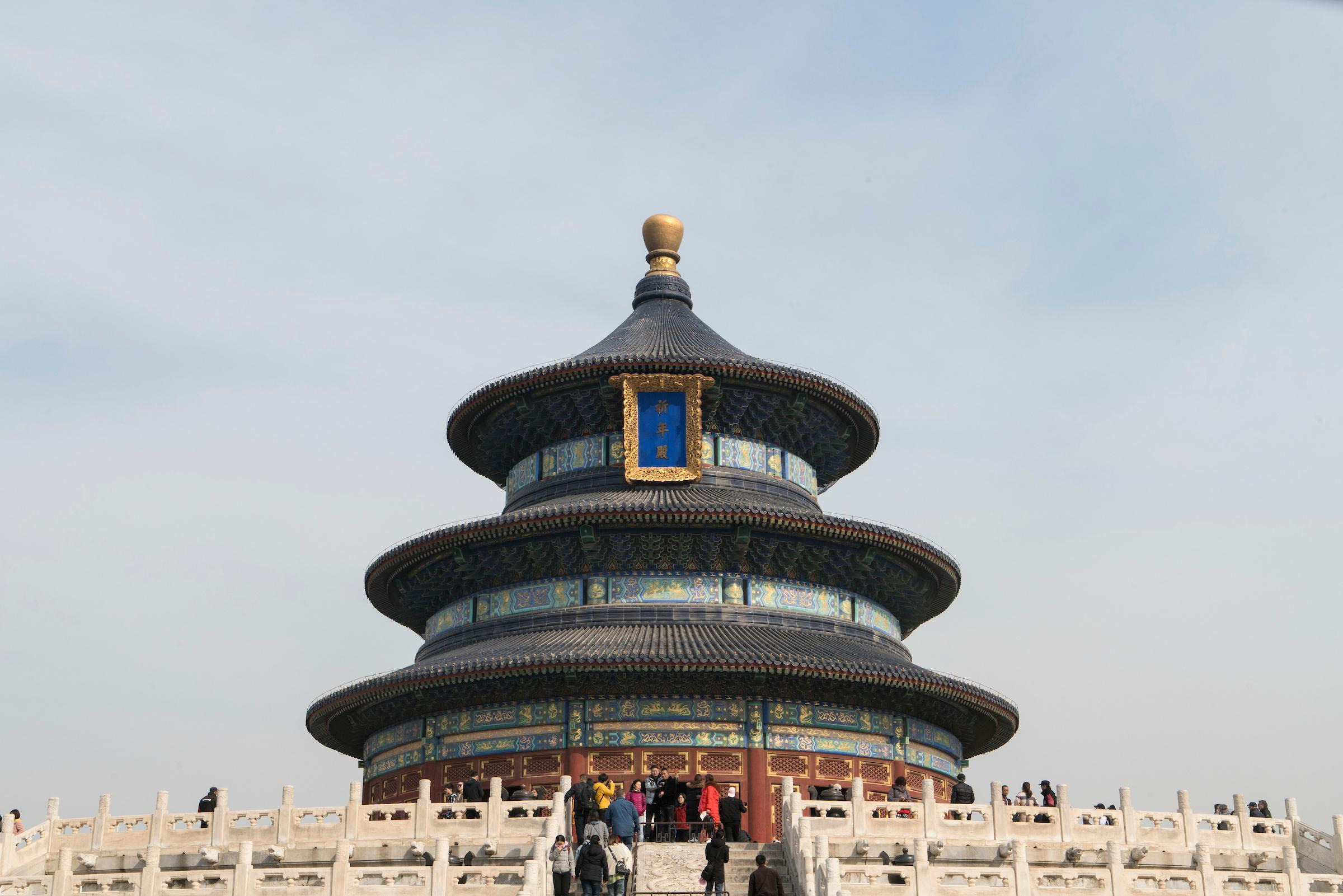 These days the temples Beijing builds tend to be modern skyscrapers honoring the gods of business, but this ancient city also features many temples reflecting a more spiritual past. Here are some of the best to see during your visit.

With archways and five main halls, revolving prayer wheels, colorful glazed tiles, statues of Chinese lions, and Mongolian, Manchu, Tibetan, and Chinese decoration, Beijing’s Lama Temple is the most magnificent Buddhist temple in the city. Don’t miss the 60-foot (18-meter) statue of Buddha, said to be sculpted from a single sandalwood tree.

Situated in Temple of Heaven Park, this popular UNESCO-listed temple—a stop on just about every Beijing tour—was originally built during the Ming and Qing Dynasties as one of the city’s eight ancient altars. The Taoist temple was used in ceremonies to ask the gods for good harvests in the fall and a prosperous new year on the Winter Solstice.

Tanzhe Temple ranks among the city’s oldest and largest temple complexes, though many of the structures you see today date back to the Ming Dynasty and Qing Dynasty. Set amid the forested hills west of central Beijing, the temple is especially scenic in spring when the magnolias are blooming.

The second largest Confucius temple in China dates back to 1302. A quiet sanctuary away from the busy streets, the restored main hall of this temple contains a statue of the sage Kongzi (Confucius). Nearby is the Imperial College, built in 1306 by the grandson of Kublai Khan to teach Confucianism.

Miaoying, also known as the White Stupa Temple, is best known for its collection of thousands of Tibetan Buddhist statues. It’s also home to the tallest Tibetan-style pagoda in China, set amid one of the city’s traditional hutong neighborhoods.

7 Tours and Activities | All Beijing Tours

305
Enhance your sightseeing experience in Beijing on a full-day tour of the city’s most captivating sights. Accompanied by a knowledgeable guide, immerse yourself in the ancient mystery of the Forbidden City; absorb the majestic charm of the Summer Palace and Temple of Heaven; and stroll around the legendary Tiananmen Square. Relax during a scenic bus ride; purchase special souvenirs in the bustling Pearl Market; and satisfy an appetite for authenticity with a traditional Chinese lunch.
…More
From
US$83.00
From
US$83.00
Face masks required for travellers in public areas
Face masks required for guides in public areas
Face masks provided for travellers
Learn More
Taking safety measures

65
Discover the magnificent monuments and cultural highlights of Beijing on a full-day private tour of the city. Accompanied by a knowledgeable private guide, visit impressive landmarks like Tiananmen Square and absorb the ancient majesty of UNESCO World Heritage-listed sites like the Temple of Heaven and the Forbidden City. Satisfy an appetite for authenticity with a locally prepared Chinese lunch of Peking duck. Enjoy the freedom and flexibility of a tailored itinerary and receive the undivided attention of your guide on this private tour.
…More
From
US$199.00
Price varies by group size
From
US$199.00
Price varies by group size

82
Immerse yourself in the beguiling city of Beijing during a full-day tour of the city’s most significant historical sites. Visit legendary landmarks like the Forbidden City; absorb the sacred ambience at the Temple of Heaven; and marvel at the structural beauty of Tian’anmen Square. Accompanied by a knowledgeable guide, delve into the rich history of the city and discover one of the oldest cultures on earth. Convenient round-trip transportation from your Beijing hotel is included on this tour.
…More
From
US$57.00
From
US$57.00
Face masks required for travellers in public areas
Face masks required for guides in public areas
Face masks provided for travellers
Learn More
Taking safety measures

13
Opt for a personalized introduction to Beijing on a private tour that promises the undivided attention of your guide. Exploring with a local allows you to overcome the language barrier and delve deeper into the history and culture of the Chinese capital than you would on your own. Plus, a traditional Peking duck dinner is included.
…More
From
US$180.00
Price varies by group size
From
US$180.00
Price varies by group size

2-Night Best of Shandong Tour by Bullet Train from Beijing

2
Zip across the country on a high-speed bullet train for a private 2-night tour of Shandong, including accommodation in Qufu and either round-trip transport from Beijing or on-ward transport to Shanghai. Discover Shandong’s rich spiritual heritage as you explore UNESCO-listed wonders like the Temple of Confucius, the Cemetery of Confucius and the Kong Family Mansion. Then, ride a cable car to the sacred peak of Mt Tai (Tai Shan), one of China’s Five Great Mountains, and soak up the views from the South Heaven Gate, White Cloud Cave and Sun Viewing Peak.
…More
From
US$698.67
Price varies by group size
From
US$698.67
Price varies by group size

148
Immerse yourself in the rich historical heritage of Beijing on a full-day tour of the city’s most spectacular sights. Visit the UNESCO World Heritage-listed Summer Palace and absorb the sacred ambiance of the Lama Temple (Yonghegong). Gain fascinating insight into the prosperous past and present of China’s capital from a knowledgeable guide and capture fantastic photographs of the city sights during each leisurely stop.
…More
From
US$55.00
From
US$55.00
Face masks required for travellers in public areas
Face masks required for guides in public areas
Face masks provided for travellers
Learn More
Taking safety measures

19
See some of Beijing’s natural and historical highlights on a full-day excursion to the sacred Lama Temple. Accompanied by a knowledgeable guide, gain a fascinating insight into the rich history of one of the world’s most significant Tibetan Buddhist monasteries; admire the intricate architecture of the Lama Temple and then venture to a magnificent museum to delve into Chinese architecture and agriculture from ancient times.
…More
From
US$109.00
From
US$109.00
Face masks required for travellers in public areas
Face masks required for guides in public areas
Face masks provided for travellers
Learn More
Taking safety measures