Welcome to Viator!
By creating an account, you agree to our Terms & Conditions and Privacy Policy.
We're creating your account. This may take a few seconds...
Account creation successful! Thank you.
Something went wrong. Please try again on the sign up page.
Questions? (888) 651-9785(888) 651-9785
When are you travelling?
Select Dates
Recommendations
All Recommendations
Nashville Plantation Tours
Nashville for Music Lovers
How to Spend 3 Days in Nashville
How to Spend 1 Day in Nashville
How to Spend 2 Days in Nashville
Price
US$0
US$500+
Duration
Time of Day
RatingClear
Specials

How to Spend 3 Days in Nashville 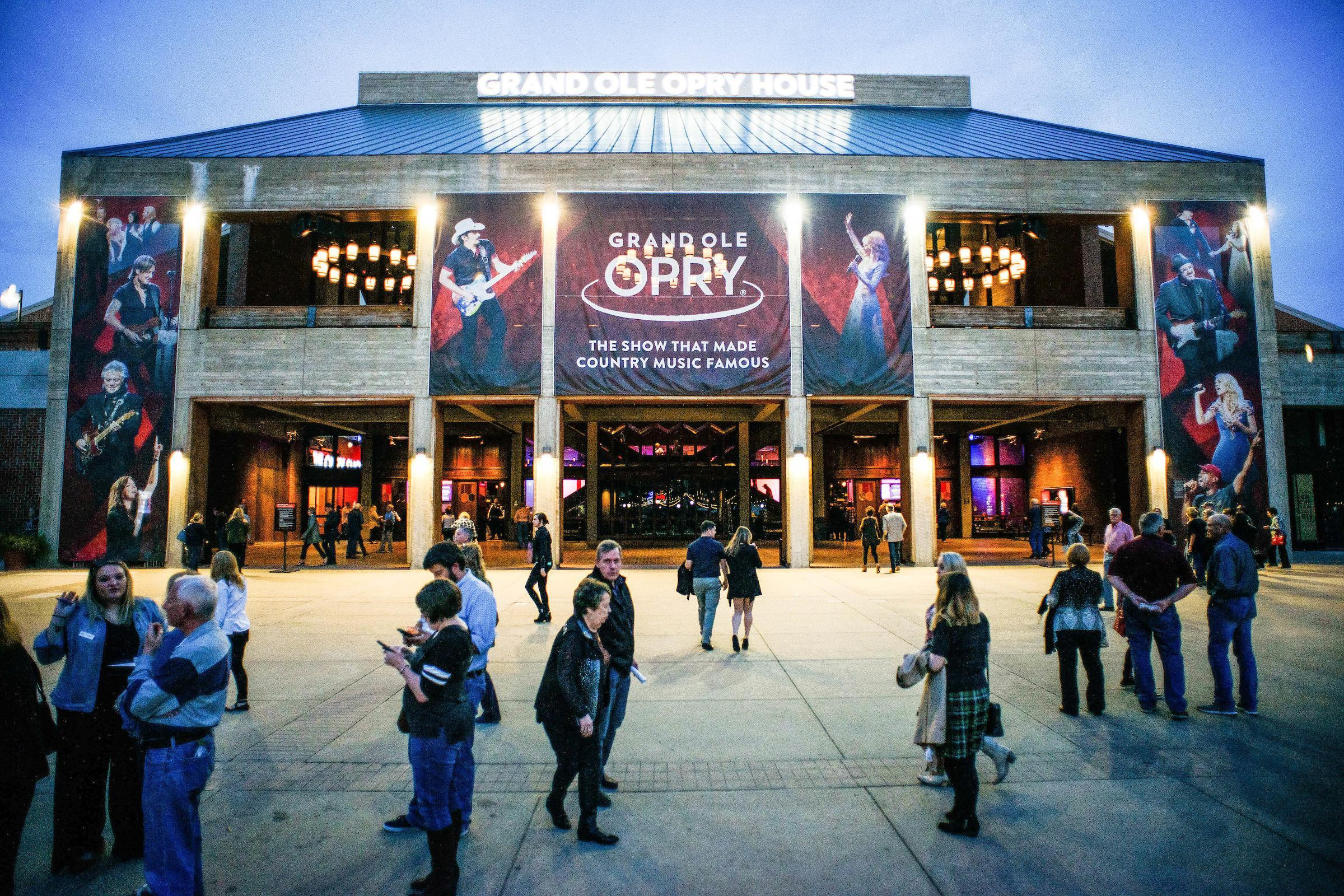 With three days in Nashville, you can sample Music City’s top experiences—from studio visits to soulful cuisine—and add a day trip into the rolling hills beyond the city. Find whiskey stills, sprawling plantations, and Civil War battlefields as you use the following tips to make the most out of 72 hours in Nashville.

Since many Nashville highlights are packed into an easy-to-explore downtown, you can get your bearings in just a morning of sightseeing. Choosing a hop-on hop-off bus or trolley tour means you don’t have to deal with driving and parking—and with a guide sharing inside tips, it’s a great way to discover where to visit later on.

After a classic Nashville lunch of barbecue or fiery hot chicken, scoop up tickets to one of the city’s musical attractions. The Grand Ole Opry still echoes with some of country music’s most iconic performances, while the self-guided tour of the Ryman Auditorium features music history presented by celebrity hosts. More reel-to-reel than rhinestones, RCA’s Studio B is a glimpse of the process behind the music, and tours feature the spaces where Elvis Presley, Dolly Parton, and Willie Nelson created some of Music City’s most hummable tunes.

Day 2: Beyond the City Limits

Pick a day trip from Nashville to taste Tennessee whiskey, walk Civil War battle lines, or tour grand plantations. With so much history in the Nashville area, there’s plenty of overlap between Civil War sites and other historic destinations, and many full-day tours combine a little bit of everything for a whirlwind introduction to Tennessee history.

For example, you can learn the legend behind Jack Daniel’s distillery in historical Lynchburg; there’s a lot to see here even if you don’t drink whiskey, but aficionados will love capping off the tour with a Tennessee whiskey toast. To peer into the heritage of the old South, head into the green hills of Tennessee for a guided plantation tour: see Andrew Jackson’s country retreat, visit a onetime thoroughbred farm, and walk the halls of historic mansions.

Make your last day in Nashville count by going in-depth to explore the side of the city that interests you most. Whether you’re tasting local food, taking in the music scene, checking out breweries, or interested in history, guided tours of the city take you beneath the surface.

Since food tours and brewery tours explore some of Nashville’s most colorful neighborhoods, you’ll see firsthand what the city is eating and drinking—and learn about the personalities at the cutting edge of Nashville trends. If you’re here for the music, brush up on your local celebrity lore by visiting star-studded neighborhoods and hearing the latest gossip. Whatever you choose, don’t skip town before you sample some of the city’s legendary nightlife. Spend your final evening in Nashville hitting honky-tonks, cruising the Cumberland River, or hopping from bar to bar.

10 Tours and Activities | All Nashville Tours

972
Easily explore Nashville with this popular trolley ticket. See over 100 points of interest with a choice of 14 stops to Hop-On and Hop-off. Learn about the famous and popular Nashville sights as you travel with live onboard commentary.
…More
From
US$43.65
From
US$43.65
Face masks required for travellers in public areas
Face masks required for guides in public areas
Hand sanitiser available to travellers and staff
Learn More
Taking safety measures

120
Explore Memphis, with VIP access to Graceland, during this 15-hour day trip from Nashville. See the home of Elvis Presley, aka the King, and take a guided 1-hour tour of Sun Studios. With round-trip hotel transportation included, you can skip the bother of renting a car and relax on the journey there and back.
…More
From
US$230.77
From
US$230.77
Face masks required for guides in public areas
Hand sanitiser available to travellers and staff
Social distancing enforced throughout experience
Learn More
Taking safety measures

294
Go behind the curtain at Nashville’s premier country music stage, the world-renowned Grand Ole Opry, on this guided backstage tour. Walk in the footsteps of countless country music superstars and get an exclusive, behind-the-scenes look at this legendary venue and show that made country music famous. This is a bucket-list item experience for all fans of country music.
…More
From
US$35.00
From
US$35.00
Face masks required for travellers in public areas
Face masks required for guides in public areas
Social distancing enforced throughout experience
Learn More
Taking safety measures

306
Explore the best of country music’s past and present with this Country Music Hall of Fame® and Museum ticket. Situated in the heart of downtown Nashville, this beautifully modern facility is known as the “Smithsonian of country music,” offering 350,000 square feet of dynamic, state-of-the-art galleries, archival storage, educational classrooms, retail stores, restaurants, and special event space—all with a stunning view of the rest of Music City. It’s a must-see venue for all fans of country music.
…More
From
US$25.95
From
US$25.95
Hand sanitiser available to travellers and staff
Social distancing enforced throughout experience
Regularly sanitised high-traffic areas
Learn More
Taking safety measures

122
Step back in time to 1864 and the Civil War’s Battle of Franklin on this full-day tour from Nashville. The Battle of Franklin was one of the worst disasters of the war for the Confederate States Army. On this tour, see the bullet and cannon ball holes as well as the battle-scarred floors that still bear witness to the carnage of this dark time in history. Spend time in the town of Franklin to shop, eat and view its historic sites. Nashville hotel pickup and drop-off included.
…More
From
US$95.90
From
US$95.90
Face masks required for guides in public areas
Hand sanitiser available to travellers and staff
Social distancing enforced throughout experience
Learn More
Taking safety measures

90
Step into Nashville’s musical history on a guided tour of RCA Studio B that includes admission to the Country Music Hall of Fame. Visit a recording studio that helped to shape the 'Nashville Sound,' then explore country music heritage with interactive exhibits and recordings. Multiple departure times are available for this tour of RCA Studio B and the Country Music Hall of Fame, in the historic heart of Nashville.
…More
From
US$45.95
From
US$45.95
Hand sanitiser available to travellers and staff
Social distancing enforced throughout experience
Regularly sanitised high-traffic areas
Learn More
Taking safety measures

245
Follow in the footsteps of country legends on a self-guided tour of Nashville’s Ryman Auditorium, a downtown venue known as ‘The Mother Church of Country Music.’ Explore five new exhibits on the Ryman Auditorium’s musical history, with footage of celebrity hosts to introduce each one. This self-guided Ryman Auditorium tour offers the chance to explore Nashville country music on your own schedule, with flexible start times throughout the day.
…More
From
US$24.95
From
US$24.95
Face masks required for travellers in public areas
Face masks required for guides in public areas
Face masks provided for travellers
Learn More
Taking safety measures

235
Discover great bars along Second Avenue in Nashville during this guided pub crawl. Stop at four to six bars in this historic downtown district on a walking tour that offers drink specials (own expense), stories about Nashville’s colorful history, trivia games, and live music at some venues. This tour departs daily from a central meeting point downtown, with several departure times Friday through Sunday.
…More
From
US$20.52
From
US$20.52

112
See more of Nashville than just the music sights on this street art tour by private golf cart. With a guide, cruise along city streets, stopping at murals for photo ops. Select a morning, afternoon, or evening departure time when booking.
…More
From
US$54.07
US$60.08
US$6.01 savings
From
US$54.07
US$60.08
US$6.01 savings
Face masks required for guides in public areas
Face masks provided for travellers
Regularly sanitised high-traffic areas
Learn More
Taking safety measures

195
Introduce your taste buds to Nashville during this 2.5-hour walking tour through downtown Nashville. Over the course of a 1-mile (1.6-km) stroll, stop at five local food purveyors for tastings.
…More
From
US$65.65
From
US$65.65
Face masks required for guides in public areas
Hand sanitiser available to travellers and staff
Social distancing enforced throughout experience
Learn More
Taking safety measures