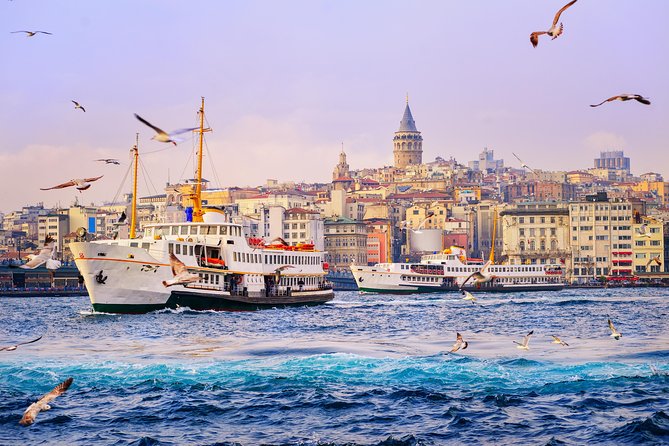 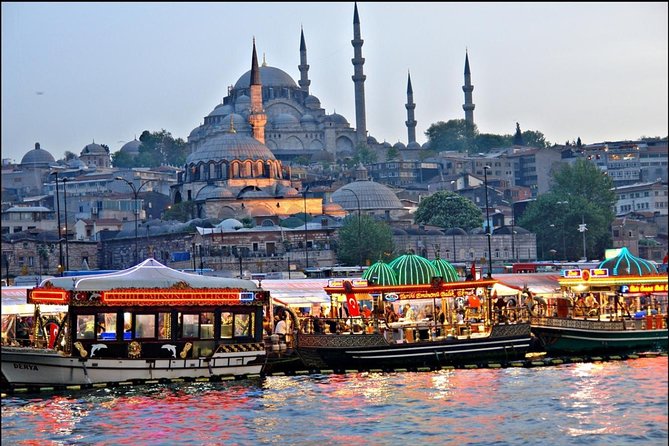 Lowest Price Guarantee
Yay! This item has been added to your basket. 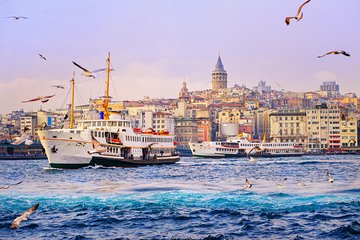 Experience the glories of Istanbul during your time in Alanya on this full-day trip, including flights. After hotel pickup in Antalya or the wider Alanya region, fly to Istanbul for a guided tour. Visit must-sees including the Topkapi Palace, Blue Mosque, and Hippodrome; browse the Egyptian Bazaar; and sail between Europe and Asia on an optional Bosphorus cruise (additional cost). Return air tickets, airport transfers, hotel pickup and drop-off, and Topkapi Palace admission included.

Begin with early morning pickup from your hotel in the Alanya region. Pickups are available in and around the area and Antalya, including from the Goldcity, Utopia World, and Karaburun hotels; and hotels in the Cleopatra area, Kargica, Konakli, Oba, Turkler, Mahmutlar, Okurcalar, Avsallar, Incekum, Keste, and Tosmur.

Travel by air-conditioned vehicle to Ataturk International Airport, and catch your flight to Istanbul. Then, on arrival, meet your local guide, and drive into the city's old, UNESCO-listed Sultanahmet quarter.

Visit the Topkapi Palace, the main residence of the Ottoman sultans between the 1600s and 1800s. Stroll around the halls and pavilions of the imperial court, and admire the regalia at the Treasury, plus displays of Islamic treasures, weaponry, and imperial robes. If you wish, visit the palace's former Harem (additional cost).

After a lunch break (own expense), explore the Hippodrome, where historical monuments mark out the city’s Byzantine-era sporting arena. Learn about the chariot-racing and other events once held here, and view antiquities including the Serpentine Column, Theodosius Obelisk, and Fountain of Wilhelm II.

Continue to the Blue Mosque, one of Istanbul’s best-known landmarks. Admire its domes and six minarets, and explore inside with your guide. Hear about this 17th-century masterpiece and marvel at the exquisite blue tiles that lend it its name.

Next, delve into the colorful Egyptian Bazaar, also called the Spice Souk. Haggle for goodies at the spice, sweet, and food stalls, and then, enjoy an optional cruise (additional cost) on the Bosphorus — the strait dividing Istanbul’s European and Asian sides.

Admire the views as you cruise between Europe and Asia before finishing with a tasty 3-course dinner (own expense) of dishes such as fish, meatballs, or chicken at a local restaurant.

The answers provided below are based on answers previously given by the tour provider to customers’ questions.
Q:
What is the maximum group size during Istanbul Guided Tour from Alanya including Domestic Flights?
A:
This activity will have a maximum of 15 travelers.

3.0
1 review
5 stars
4 stars
3 stars
2 stars
1 star
Reserve Now & Pay Later
We'll reserve your spot today, and you can cancel up to two days* before your experience without making a payment. Secure your spot with ease, stay flexible, and never miss out.
How it works
Find your experience
Choose the experience you want knowing you can secure your spot without being locked in.
Make a booking
Reserve now and pay later to secure your spot, commitment-free.
Choose when to pay
Come back to pay once your plans are set, or let auto-pay kick in two days* before your experience.
Enjoy your experience
Now you're all set! Have a great time.
Frequently Asked Questions  | Terms & Conditions
*Up to 9 days depending on the booking/product
Reserve Now & Pay Later
Secure your must-do activities without being locked in
Learn More

Alanya Ataturk House Museum (Alanya Atatürk Evi Müzesi)
Lowest Price Guarantee
We guarantee the lowest price on all 200,000+ experiences we sell. If you find the same product cheaper within three days of booking or while you're in your destination, we'll refund the difference.
It's Easy To Do