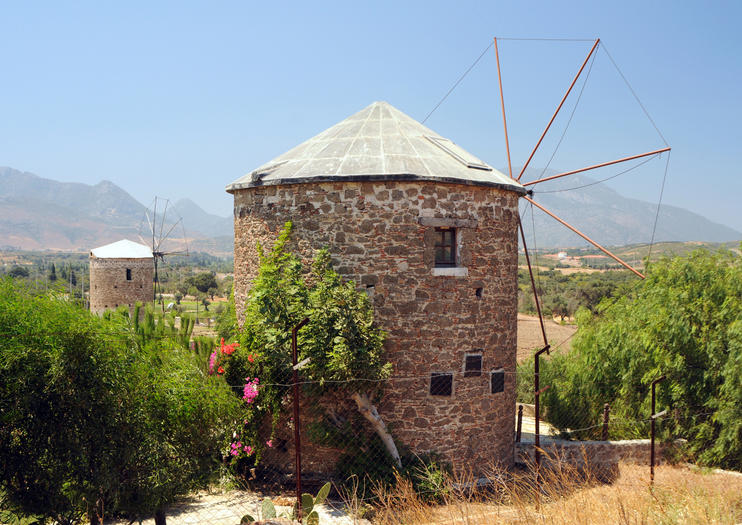 With its northern coast lying on the Aegean Gulf of Gökova and the Mediterranean Sea lapping its southern shores, the Datça Peninsula serves up an endless panorama of wildflower-covered hills, jagged coastal cliffs and golden beaches. Marking the last stretch of Turkey’s legendary Turquoise Coast, the peninsula makes a popular destination for both single- and multi-day cruises from nearby Bodrum or Marmaris.
With dozens of beaches and snorkeling areas, most visitors to the peninsula spend their time on the coast, but there’s plenty of interest inland, too. Take a hike through forests and orange groves, tour a traditional olive mill, browse the weekly markets in the town of Datça or discover the ancient city of Knidos, a sprawling archaeological site best known for its timeworn sundial and statue of Aphrodite dating back to fourth century B.C.

See the Coastal Landscape on This Tour of the Carian Trail

Found in the south-west of Turkey, along the Aegean coast is the Carian Trail tour that leads you through a magnificent coastal landscape that is divided into many smaller and larger peninsulas, islands and bays. Walk in thick, green forests and wonder at the glowing white rocks that rise above the sea. On the Carian Trail, you will get to experience an interplay of land and sea, thousand-metre-high cliffs and lovely secluded bays inviting you for a swim. At the quiet village of Turgut, the Carian Trail will take you across olive groves and through forested slopes to the ruins of the ancient city of Hydas, which is found on a narrow ridge. Travel through a spectacular landscape over a high plateau, and you will hike up to a mountain saddle where you can enjoy the fantastic view of a turquoise bay with small islands. You will also stop at the ruins of the ancient city of Amos that has an ancient Greek amphitheatre that offers magnificent views of the Bay of Marmaris.
…More
From
US$1,322.05
Price varies by group size
From
US$1,322.05
Price varies by group size
Face masks required for travelers in public areas
Face masks required for guides in public areas
Face masks provided for travelers
Learn More
Taking safety measures