Welcome to Viator!
By creating an account, you agree to our Terms & Conditions and Privacy Policy.
We're creating your account. This may take a few seconds...
Account creation successful! Thank you.
Something went wrong. Please try again on the sign up page.
Questions? (888) 651-9785(888) 651-9785
When are you traveling?
Select Dates
Recommendations
All Recommendations
Reykjavik Neighborhood Guide
Ways to Beat the Crowds in Reykjavik
How to Spend 2 Days in Reykjavik
First-Timer’s Guide to Reykjavik
Golden Circle and Blue Lagoon Combo Tours
How to Spend 1 Day in Reykjavik
Don’t Miss These Must-Do Activities in Reykjavik
Price
US$0
US$500+
Duration
Time of Day
RatingClear
Specials 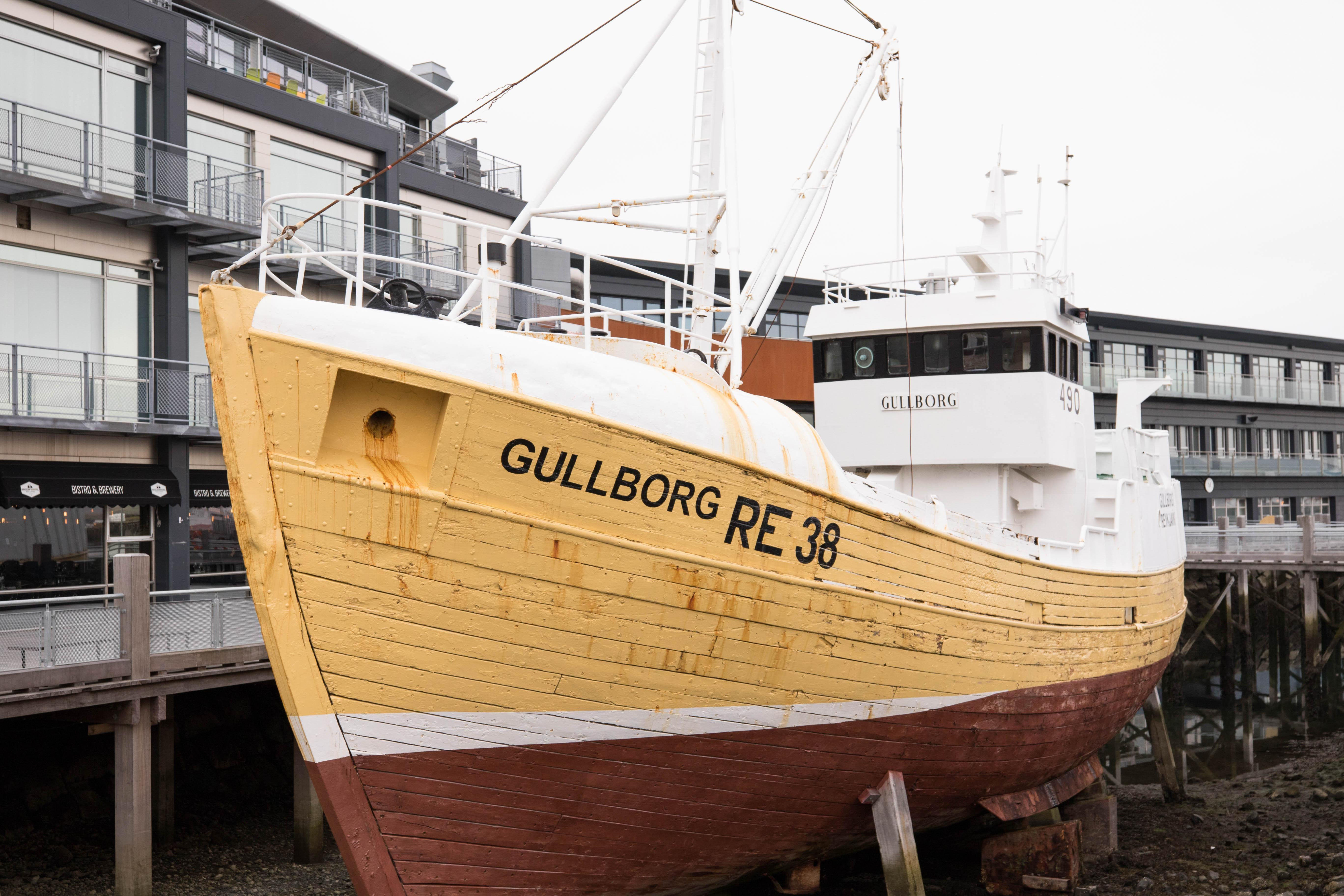 The Icelandic capital is a conveniently small city—getting from one end of Reykjavik to the other takes no more than 20 minutes. Nevertheless, Reykjavik is still split into several distinct areas. Here are a few of its most interesting neighborhoods.

Reykjavik’s downtown area is often referred to as 101 Reykjavik after its zip code, which was made famous by the novel and subsequent movie of the same name. This is where you’ll find the majority of the city’s best hotels, including the luxury 101 Hotel. It’s also home to Laugavegur, the city’s main shopping street, as well as many museums, restaurants, bars, and the city’s tallest building, Hallgrimskirkja Church.

Though much quieter, Vesturbær, or West Town, still has plenty of attractions to lure visitors west of the city center; highlights include the Saga Museum, Maritime Museum, and Whales of Iceland. You’ll also find one of Reykjavik’s hippest areas, the Old Harbor (Grandi), which is home to a high concentration of restaurants and cafes. Whale watching tours typically depart from here.

To the east of the city center, Laugardalur (Hot Spring Valley) is home to Laugardalslaug, Reykjavik’s largest outdoor thermal pool, which you can swim in year-round. One of Reykjavik Art Museum’s three sites is also here: the Ásmundursafn site is dedicated to the works of the 20th-century Icelandic sculptor Ásmundur Sveinsson.

In the southeastern part of the city, Árbær is known known for its natural surroundings. Árbær Open Air Museum, a village-like collection of buildings showcasing life in the early days of Reykjavik, is here.

7 Tours and Activities | All Reykjavik Tours

130
Finding authentic places to eat can be tricky in an unfamiliar place. Take the guesswork out of your visit to Reykjavík on this guided walking tour that takes you to a multitude of eateries around the capital, including the city's oldest restaurant and a much-loved hot dog stand. In a small group of no more than 12, learn about Iceland's culinary history and traditions as you sample such dishes as Icelandic meat soup, skyr, and lobster soup.
…More
From
US$118.37
From
US$118.37
Face masks provided for travelers
Hand sanitizer available to travelers and staff
Social distancing enforced throughout experience
Learn More
Taking safety measures

385
Experience the magic of whale watching on a cruise from Reykjavik. With a knowledgeable guide, cruise the coastal curve of Iceland to marvel at humpback and orca whales in their natural habitat. Scour the sea for sightings of porpoises and dolphins as you listen to fascinating facts surrounding the majestic creatures that inhabit the Icelandic ocean. Heighten your chances of seeing whales on this tour, the success rates of which are 95% in summer and 80% in winter.
…More
From
US$87.00
From
US$87.00
Face masks required for travelers in public areas
Hand sanitizer available to travelers and staff
Regularly sanitized high-traffic areas
Learn More
Taking safety measures

199
See all of Reykjavik's landmarks on this comprehensive minibus tour. Great for travelers with just a short time to spend, this guided excursion hits all of the city's important highlights. Visit the Harpa Concert Hall, the presidential residence at Bessastadir, and Hallgrimskirkja. Enjoy engaging commentary from your local guide and round-trip transportation from your hotel.
…More
From
US$52.61
From
US$52.61
Hand sanitizer available to travelers and staff
Social distancing enforced throughout experience
Regularly sanitized high-traffic areas
Learn More
Taking safety measures

Whales of Iceland from Land and Sea

6
Gain insight into some of Iceland’s most magnificent native wildlife on an adventurous whale-watching cruise from Reykjavik along with admission to the Whales of Iceland Exhibition. Hop aboard your boat in Reykjavik’s Old Harbor and head out into Faxaflói Bay. Watch the waves for graceful minke and humpback whales, and curious porpoises and dolphins. Learn of the creatures’ life-cycles and habits from the informative on-board commentary. Before or after the cruise, visit the Whales of Iceland exhibition at your leisure and admire life-size models of Iceland’s native whale species.
…More
From
US$96.85
From
US$96.85
Face masks required for travelers in public areas
Hand sanitizer available to travelers and staff
Regularly sanitized high-traffic areas
Learn More
Taking safety measures

88
Get to know the spirit of Reykjavik on this walking tour of Iceland's capital. Follow your guide to the city's most important landmarks, including the Sun Voyager (Sólfar) sculpture, Harpa Concert Hall, the Old Harbour, the multicolored Thingholt houses, and the Hallgrímskirkja Church. Along the way, learn about the city's culture, history, and traditions through your guide's entertaining commentary. All entrance fees and light refreshments are included.
…More
From
US$59.19
From
US$59.19
Face masks required for travelers in public areas
Face masks required for guides in public areas
Hand sanitizer available to travelers and staff
Learn More
Taking safety measures

245
Discover Reykjavik by City Sightseeing bus, and explore the Icelandic capital on a hop-on hop-off tour. Your voucher is valid for 24 hours, so use it to ride around Reykjavik and visit the attractions that interest you most. Hop off to visit Laugardalur Valley, Harpa Concert Hall and more, or stay on board for a full loop and listen to the audio commentary to learn about the city.
…More
From
US$35.87
From
US$35.87
Hand sanitizer available to travelers and staff
Social distancing enforced throughout experience
Regularly sanitized high-traffic areas
Learn More
Taking safety measures

51
The Saga Museum in Reykjavik is a place where key moments in Icelandic history are brought to life. On this independent visit, explore the exhibits with your audio-guide to hand, and delve into over a thousand years of Icelandic civilization. Perhaps dress like famous Viking Leif Eiriksson, hear of historic poets such as Snorri Sturlusson, and gain insight into what makes this small but mighty island nation so special.
…More
From
US$20.00
From
US$20.00