How to Spend 3 Days in Rio de Janeiro 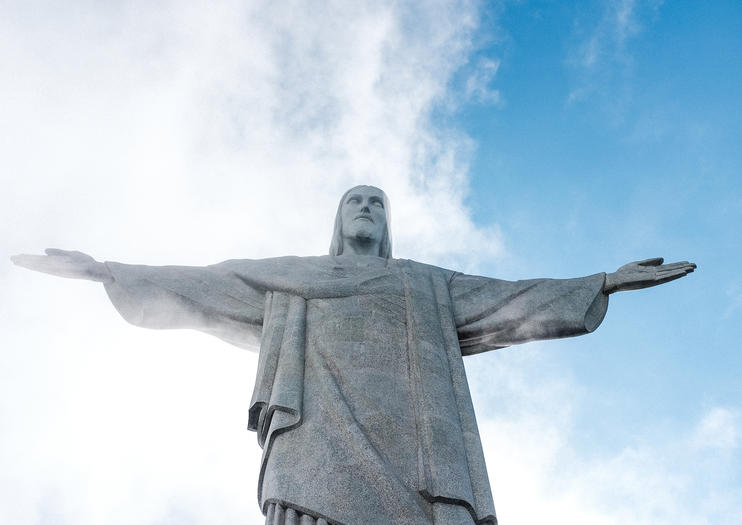 Rio de Janeiro isn’t known as the Cidade Maravilhosa (Marvelous City) for nothing. With three days in Rio, there’s enough time to cover plenty of territory. While visiting this spectacular harborside city, one of the Seven Natural Wonders of the World, this suggested 3-day itinerary will ensure that you don’t miss out on the very best Rio has to offer.
Day 1: Roaming Around Rio
Your first day is perhaps best spent getting oriented. Explore downtown with a guide on foot or bicycle and mingle with the charming locals while learning about the city’s Portuguese colonial history. A holiday in Rio is incomplete without a trip to the famed Sugar Loaf Mountain and Corcovado, home to the art deco statue of Christ the Redeemer (Cristo Redentor); both monoliths overlook beautiful Guanabara Bay. Opt for either a half- or full-day itinerary, and take private or small-group tour for a personalized experience.
Save some time to ride a cog train or Jeep into the lush Tijuca Forest, guarded by giant granite rocks. Alternatively, get a bird’s-eye view of the city by helicopter or hang glider. At night, catch a samba show and feast on a Brazilian steakhouse barbecue dinner called a churrasco—both are cultural icons.
Day 2: Sun, Sea, Surf—and Soccer
On day two, it’s time to hit Rio’s beaches and bays. Cruise around Guanabara Bay and glimpse spectacular Sugar Loaf, this time from the water. Follow up your sightseeing with a delectable seafood lunch while sailing past the beaches of Niteroi. Or, if you prefer basking in the lazy beach culture of some of the world’s best city beaches, Ipanema and Copacabana place you in the center of the action. You can also partake in a paragliding adventure where you’ll soar above urban areas and land on a beach.
Check schedules to see if you can catch a soccer match at Maracana Stadium; even if you’re not a futebol fan, it’s hard to pass up the excitement of the crowds. For those who miss the spectacular parades of Carnival, it’s possible to see the floats on a guided tour of Cidade do Samba, aka Samba City.
Day 3: Day Trips from Rio de Janeiro
The charming town of Buzios, known for its architectural finesse, is a popular day trip from Rio. Visitors can spend a full day strolling the cobblestone streets and sands of this former fishing village, reached by boat. Alternatively, visit Petropolis, the lap of luxury, home to Brazil’s two former emperors as well as the Crystal Palace and Imperial Museum.
Another excellent option is a tropical islands cruise complete with an island lunch. Set sail for Angra dos Reis and combine the pristine destination with a stop at Ilha Grande (Big Island), the largest of 365 isles in the archipelago. Family-friendly excursions take passengers to swim and snorkel in aquamarine waters and sunbathe on sugar-white sands. Escape the bustling city and relax aboard a schooner or other vessel while you let a guide handle plan transportation details.
Read MoreShow Less
Rio de Janeiro Tours & Activities (12)
Filter
•

165
Soar above the city of Rio de Janeiro aboard a hang glider during this 4-hour adventure. Accompanied by a fully certified instructor, launch from the Tijuca Forest National Park, and glide over the lush, verdant Mata Atlantica (Atlantic Forest). Take in views of some of Rio's most famous landmarks, such as Sugar Loaf Mountain, the Rocinha Favela, and the Christ the Redeemer Statue atop Corcovado Mountain. Touch down for a gentle landing on the white sands of Sao Conrado Beach. Round-trip transportation is available for additional cost, but a video DVD of your hang-gliding experience is included.
...  More
From
US$165.00
From
US$165.00
Learn More

28
Attend the Ginga Tropical Show, a dance and music that allows you to learn about Brazil's vibrant history and culture through its traditional music and dance. During this show, see talented performers dance the lambada, samba and bossa nova dressed in outrageous Carnival costumes. Hear folklore from around the diverse country, live drumming and the Brazilian martial art: capoeira.
...  More
From
US$104.99
Price varies by group size
From
US$104.99
Price varies by group size
Learn More

258
Ride through Tijuca National Park's rainforest in an open-top Jeep during this half-day trip from Rio. During guided eco-tour, hike through the forest to spot sloths, butterflies, monkeys, and birds. Enjoy panoramic views from Vista Chinesa (Chinese View) and marvel at the fact that this section of the Mata Atlântica (Atlantic Forest) is just 10 minutes outside the city limits. Round-trip transportation from Rio hotels is included.
...  More
From
US$79.99
Price varies by group size
From
US$79.99
Price varies by group size
Learn More

82
Explore the mountain retreat of Petrópolis on this full-day guided tour. Once a summer holiday destination for the royalty of Brazil, Petrópolis features landmarks like the Crystal Palace, the Imperial Museum and the burial place of Dom Pedro II. Purchase a tour upgrade for a stop at Cervejaria Bohemia, where you'll taste one of Brazil's favorite lagers and learn about the history and science behind this brewery through a tour and interactive exhibits. Round-trip transportation from most Rio hotels is included.
...  More
From
US$64.99
Price varies by group size
From
US$64.99
Price varies by group size
Learn More

39
Fly over Rio's landmarks in a helicopter during this 1-hour tour from Rio de Janeiro. During the 9-10 minutes of flight time, get aerial views of the Rio skyline, Copacabana Beach and Guanabara Bay. See the spectacular granite peaks of both Sugar Loaf Mountain and Corcovado Mountain, as well as an up-close view of the Cristo Redentor (Christ the Redeemer) statue. Round-trip transportation from Rio hotels is included.
...  More
From
US$249.99
From
US$249.99
Learn More

45
Attend a soccer match in Rio during your stay. With a local guide, join the thousands of enthusiastic fans at one of the city's stadiums to cheer on a local team. Learn the local cheers and fight songs and get informative commentary from your guide on the history and traditions of 'futbol' in Rio. This experience includes a general admission ticket and round-trip transportation from your hotel.
...  More
From
US$129.99
From
US$129.99
Learn More

4
Get a glimpse behind the scenes of Carnival during this tour of Cidade do Samba. On this outing, follow your guide on a tour of the Acadêmicos do Grande Rio's warehouse, one of Rio's top samba schools, where they store their outrageous costumes and grandiose parade floats. Toast to your insider's experience with a traditional caipirinha while you learn about the history and culture of the Carnival in Brazil. Brave visitors can even try on a few feathered costumes. Round-trip transportation from central Rio hotels is included.
...  More
From
US$63.99
Price varies by group size
From
US$63.99
Price varies by group size
Learn More

77
Sail on Guanabara Bay for half a day, viewing the Rio's picturesque city skyline and Sugarloaf Mountain from the water. On this cruise from Rio, glide through the bay's tranquil waters, passing islands and historic forts. Upgrade your experience to enjoy a local all-you-can-eat barbecue lunch at a restaurant in Rio. Round-trip transportation from most Rio hotels is included.
...  More
From
US$59.99
Price varies by group size
From
US$59.99
Price varies by group size
Learn More

8
Immerse yourself in the history, culture and beauty of Rio on this 8-hour private tour with a dedicated guide. Travel in a private vehicle to some of the city's most important landmarks, including Sugar Loaf Mountain and the Christ the Redeemer Statue standing atop Corcovado Mountain. Travel through downtown Rio's historical center and into the charming neighborhood of Santa Teresa. Visit the famous Selarón Steps (Escadaria Selarón), created by South American artist Jorge Selarón over the course of 20 years. Enjoy flexibility and personal attention on a private tour, which includes round-trip transportation from your accommodation in Rio and all entrance fees.
...  More
From
US$300.00
From
US$300.00
Learn More

119
Experience the vibrant culture and coastal charisma of Rio de Janeiro on an exciting 4-hour bike tour of the beguiling Brazilian city. Follow a knowledgeable guide on an explorative route past landmarks like Copacabana Beach, São João Batista and the colored Steps of Selaron. Gaze at the iconic Christ the Redeemer statue on his cliff-top perch and explore Rio’s famous celebrity cemetery. Stop regularly to capture photographs and listen to illuminating commentary from your expert guide.
...  More
From
US$43.86
From
US$43.86
Learn More

37
Explore the charming, cosmopolitan town of Búzios on this full-day trip from Rio de Janeiro. During this 13-hour outing, stroll through the center of Búzios on a guided tour to get oriented, then spend free time discovering the former fishing village's charms on your own. Opt to take a 2-hour cruise offshore which stops at several idyllic spots for swimming and relaxing. Round-trip transportation from Rio hotels is provided.
...  More
From
US$74.99
From
US$74.99
Learn More