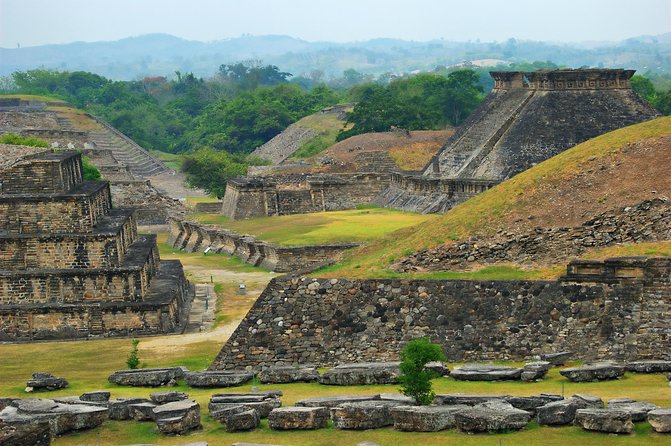 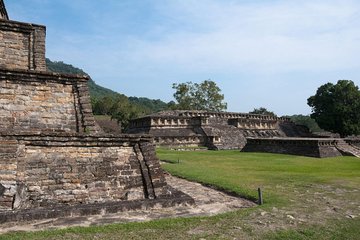 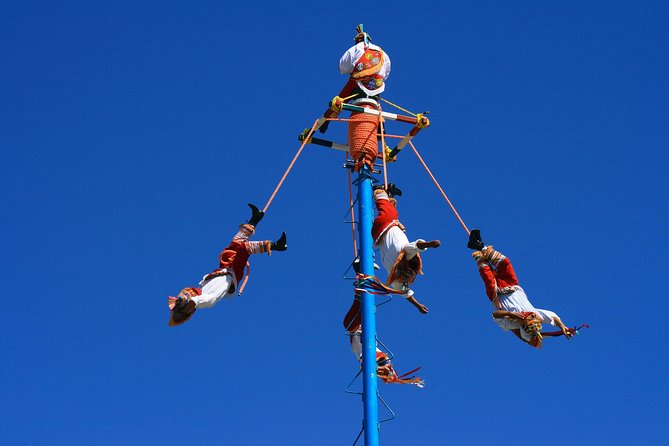 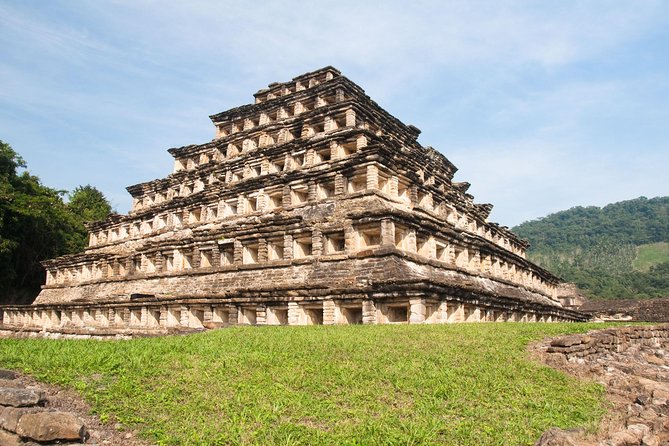 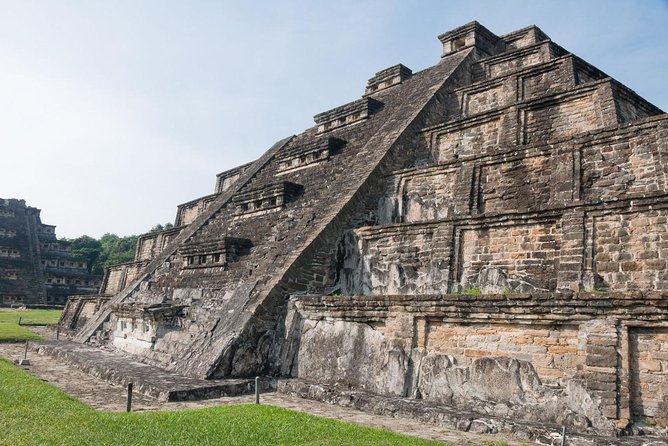 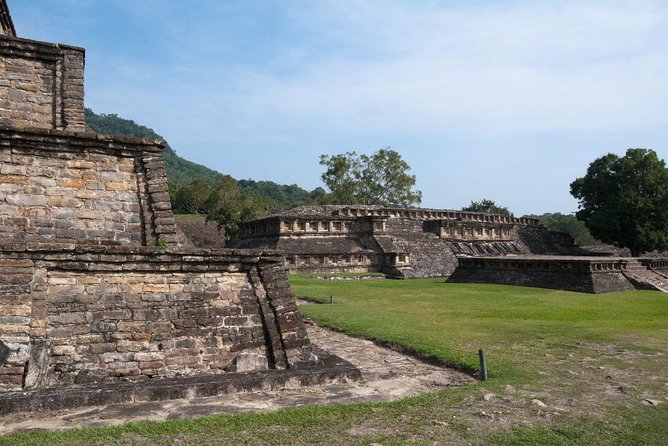 Knock out visits to two important sites of Mexico’s pre-Columbian Totanac culture—the archaeological ruins of El Tajín and the 13th-century city of Papantla—in one day on this guided trip from Veracruz. Wander through the pyramids and plazas of the UNESCO-listed El Tajín, learn about Mesoamerican history and discover the cultural treasures of Papantla, from its flying pole dancers to vanilla. Hassle-free hotel transport by van is included.

Traveler pickup is offered
We pick up from all Veracruz hotels if your hotel is out of the pickup area, please contact us to
provide you with the nearest meeting point.

One of the largest cities during the Mesoamerican classical era, El Tajín is located 150 miles (240 km) north of Veracruz and dates back to 600 AD. Rise early for a pickup from your Veracruz hotel and travel with your guide to El Tajín, coined the City of Thunder. The drive parallels the Gulf of Mexico coast, so soak up the scenery or catch some sleep en route.

Follow your informative guide around the UNESCO-listed archaeological site and walk around the ruins to check out the pyramids and plazas. Learn about an ancient game that was played on the ball courts by the Totanac people, and see the most significant structures: the Plaza del Arroyo, the palaces of Tajín Chico and the Pyramid of the Niches.

Next, drive to the city of Papantla. After refueling with lunch (own expense), start your tour and see the city sights including the Church of Nuestra Señora de la Asunción (Our Lady of the Assumption), built in the late 1500s.

Papantla also is known for the Danza de los Voladores, or Dance of the Flyers, a spectacle that dates back to Mesoamerica. After ascending a tall pole, the ‘flying men’ release into the air headfirst with ropes wound tightly around their ankles, twirling for onlookers.

Learn about another icon of Papantla, vanilla, which has been grown here since the time of the Totanacs.

Your day trip ends with transport back to your hotel in Veracruz.

Read MoreShow Less
Itinerary
Pass By:
El Tajin
Tajin is located in northern Veracruz, 14 km from Papantla and 16 km from Poza Rica. In an area of 12 acres, there are 168 buildings that constitute its religious and political center. On this tour, we will admire 41 buildings that are the most majestic of the area: “La Piramide de los Nichos”(The Pyramid of the Niches) and “Plaza del Arroyo.” This city is the one with the largest number of pre-Hispanic ball game courts with a total of 17. In addition, you can see the internationally known flight ceremony.
... MoreLess
Duration: 80 Minutes
Admission Ticket Included
Stop At:
Papantla
Then we will travel to Papantla, a city known for the ritual of “The flying of Papantla” and the production of the aromatic vanilla. It is also named Magical Town of Mexico for keeping its ancient traditions, and colorful costumes of its communities.
... MoreLess
Duration: 65 Minutes
Admission Ticket Free
Stop At:
Los Voladores of Papantla
Enjoy the most emblematic ritual of Veracruz and one of the most famous worldwide "Los voladores de papantla" learn about its origin, meaning and more from your expert guide
... MoreLess
Duration: 15 Minutes
Admission Ticket Free
Show 1 More Stop
Hotel Pickup
This experience is eligible for hotel pickup. Once your purchase is complete, you’ll be able to coordinate pickup details directly with your operator.
Read MoreShow Less

5.0
4 Reviews
5 stars
4 stars
3 stars
2 stars
1 star
Reviews by Viator travelers
Best time yet.
augst89
, Feb 2020
Absolutely loved it. This is my 1st trip to Mexico, I do not speak spanish and asked for a english guide. Both the driver/guide and the tour guide at El Tajin. Took the time to play translator for me. It was a absolute blast and would do it again.
... MoreLess
Well planned. Excellent value...
Douglas F
, Apr 2018
Well planned. Excellent value. Everything was on time. The guide was very knowledgeable and made time to explain everything. He made sure we had time to see everything. Lunch after El Tajín was in a very good restaurant.
... MoreLess
Mexico is truly a beautiful place...
SkyNet
, Jan 2018
Mexico is truly a beautiful place and is rich in history and tradition. Visit El Tajín Ruins! It is a must see if you are a history buff.
... MoreLess
The ruins are spectacular. The...
Bart W
, Mar 2016
The ruins are spectacular. The driver/guide was excellent. The drive from Veracruz was 4 hours each way, but the drive was rewarded with a long and well preserved site.
... MoreLess
Reserve Now & Pay Later
We'll reserve your spot today, and you can cancel up to two days before your experience without making a payment. Secure your spot with ease, stay flexible, and never miss out.
How it works
Find your experience
Choose the experience you want knowing you can secure your spot without being locked in.
Make a reservation
Reserve now and pay later to secure your spot, commitment-free.
Choose when to pay
Come back to pay once your plans are set, or let auto-pay kick in two days before your experience.
Enjoy your experience
Now you're all set! Have a great time.
Frequently Asked Questions  | Terms & Conditions
Reserve Now & Pay Later
Secure your must-do activities without being locked in
Learn More