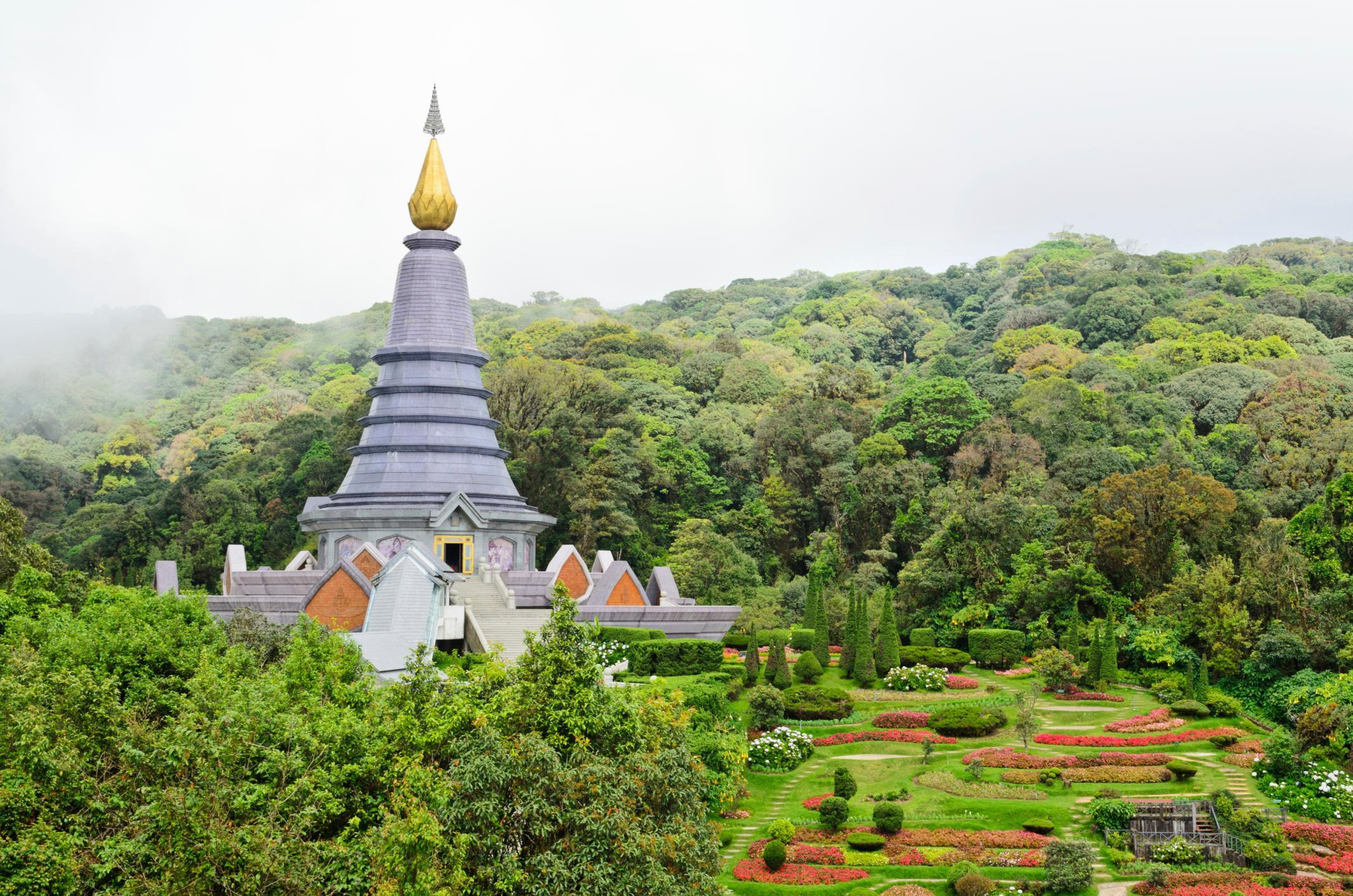 You haven’t truly been to Chiang Mai until you’ve visited some of its three dozen beautiful Buddhist temples. From Doi Suthep Temple in the mountains outside the city to a clustering of ancient temples within its ancient walls, here are a few of our favorites.

Wat Phra That Doi Suthep, simply Doi Suthep Temple for short, overlooks Chiang Mai from the mountains just outside of town. It’s considered among the most sacred temples in Northern Thailand—one very much worth the 306-step staircase travelers must climb to get there.

Dating back to the early 15th century, Wat Chedi Luang was once the largest structure in Northern Thailand’s Lanna Kingdom. Today, the temple sits partly in ruins thanks to an earthquake that knocked down its 282-foot (86-meter) spire, but visitors can still see its main assembly hall and reclining Buddha statue.

This 14th-century temple is known for its 157-foot (48-meter) chedi, or Buddhist monument, which towers above the rest of Chiang Mai’s old city and is believed to enshrine a relic from Buddha himself. The temple also hosts meditation workshops and conversation sessions where novice monks practice their English by chatting with tourists about Buddhism and Thai culture.

The 14th-century Wat Phra Singh ranks among Chiang Mai’s most popular and spectacular temples—an excellent example of Lanna (northern Thai) architecture with a three-tiered roof, intricate goldwork, and an enormouschedi.

One of Chiang Mai’s least-known temples, Wat Pha Lat sits at the end of the 45-minute Monk’s Trail hike within Doi Suthep National Park. Surrounded by forest, the temple grounds include an oldchedi and a grotto filled with images of the Buddha.

32
Experience the beauty and mystery Thailand’s most impressive and historic Buddhist temples on this private tour from Chiang Mai. Travel with your expert local guide on a half-day excursion that includes round-trip hotel transport with the option of morning or afternoon departure. Get an up close look and behind the scenes insight as your travel through some of the north’s top attractions with your friendly private guide.
…More
From
US$53.15
Price varies by group size
From
US$53.15
Price varies by group size
Face masks required for travelers in public areas
Face masks required for guides in public areas
Face masks provided for travelers
Learn More
Taking safety measures

5
Discover Chiang Mai’s most intriguing temples and ancient cultures on a private, half-day guided tour of the city.  Step into the gilded interior of 14th-century Wat Phra Singh and explore the manicured grounds of Wat Chiang Man, where fierce — but ornamental — tigers guard the entrance of Chiang Mai’s oldest temple. Join monks and nuns in vivid robes as you wind between Wat Suan Dok’s gold and white chedis, then pay your respects to the glimmering Buddhas in the multihued sanctuary.
…More
From
US$46.03
Price varies by group size
From
US$46.03
Price varies by group size
Face masks required for travelers in public areas
Face masks required for guides in public areas
Hand sanitizer available to travelers and staff
Learn More
Taking safety measures